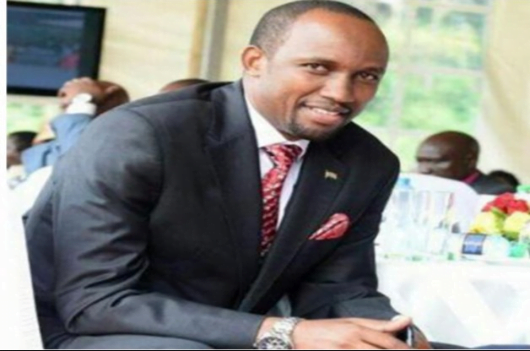 Caption: Former Mbooni MP Kisoi Munyao who has been linked to a scandalous NGO. Where is Noordin Haji and Kinoti?

I would like to bring to your attention an ‘NGO’ calling itself Foundation Institute of Africawww.fia.ac.ke associated with one former MP for Mbooni called Kisoi Munyao.

The NGO claims it has been offering tertiary education scholarships to needy students since 2007 but contrary to available information, it seems its a fraudulent scheme.

They made an advertisement in early April that they were recruiting 47 county coordinators (marketers). I and others applied and we were called for an interview and two days later was told I was successful and offered the job and sent to Siaya county as well as 46 others in other counties in April.

On doing basic research, I and others realised that the institution has a tainted past of lack of a campus and courses.

Once in the field, we were required to market the foundation and recruit students and a successful applicant was to pay 14600/-
We were given a weekly target of 15applications for April and may. That would be 15×8 weeks x 14600/- x 47 counties = 82,344,000/-Assuming all of them qualified and were admitted.

Now the most surprising matter is that this is a full scholarship but the school has no known existing campus.
it is said that they are constructing a campus in a place called Kenani in Athi river but that is a lie. No construction is going on yet these recruited students are supposed to start learning in August.

While on the ground, we met a hostile reception from former students who felt conned when other campuses of the purported school were closed in 2015 as the MP was found to be running an illegal college. It was reopened under unclear circumstances buy it seems the fraud is still on.

When we were offered the job and a 1-year contract on 9th April, we were to be facilitated in the field for transport and airtime. This has nor been coming for the past one month and may is almost halfway, we as coordinators (marketers) have not even been paid our April salary and am not sure it will ever be paid.

We the employees need the scholarship even more than the candidates.

Kindly help in unmasking this scam and help us.
Treat me as anonymous for now lest I am victimised.