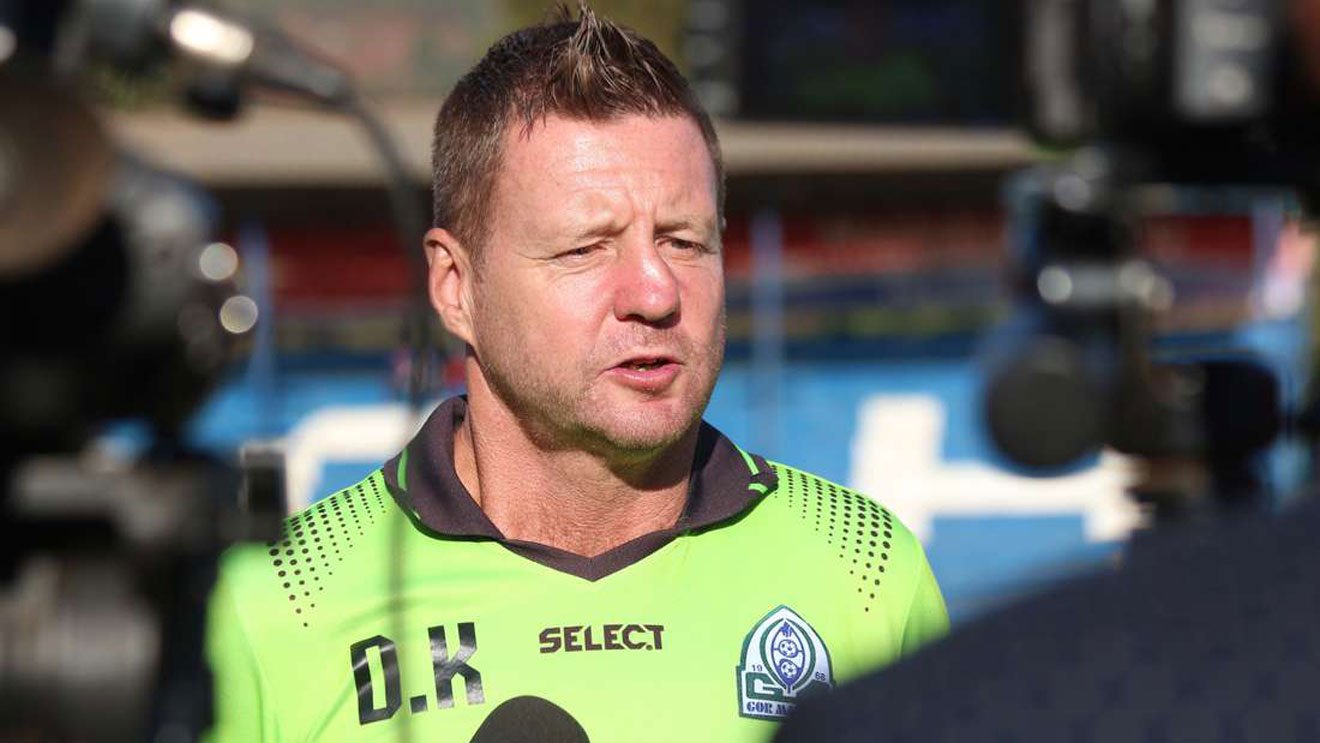 Former Gor Mahia Head and one of Britain’s leading managers overseas Dylan Kerr recently opened up about his time with the Kenyan club and shed light on a few matters.

While speaking to The Sun’s Rob Maul, the Yorkshireman said he experienced some of his best managerial moments in the country when he won back-to-back KPL titles with the Green Army.

Kerr says the titles meant even more due to the fact that they came amid a backdrop of financial turmoil at the club with star players often going unpaid for weeks.

The former Kilmarnock United player added that facilities in the country were “shambolic” with donkeys grazing on pitches before games sometimes.

“It was horrendous. You wouldn’t walk your dogs on some of the fields we played on. Yet that was Kenya’s Premier League.

Six of my players got jobs in work-yards because they couldn’t afford to eat. One lost 8 kilograms as he wasn’t eating.” said Mr. Kerr.

Dylan, who has had an incredible 31-year career in Europe, Africa and the Far East, also pointed out that during his last six games at Gor Mahia, his players downed tools and he had to knock doors begging players to fulfill the fixtures but they would go on the pitch and lose because they weren’t getting paid.

“I understood but it was frustrating,” laments Kerr.

He, however, expressed his appreciation for the fans who were incredible throughout his time at the club.

“We never had issues with the fans because we were winning. But the previous coach lost three games on the run and they tried to burn the bus with players in it! They smashed all the windows.”

In November, Kerr left Gor Mahia for South African side Black Leopards where he picked up a serious relegation battle. The club currently needs three wins from their final eight matches in order to stay up.

Kerr says that if he manages to pull it off, then it will be his biggest achievement yet.