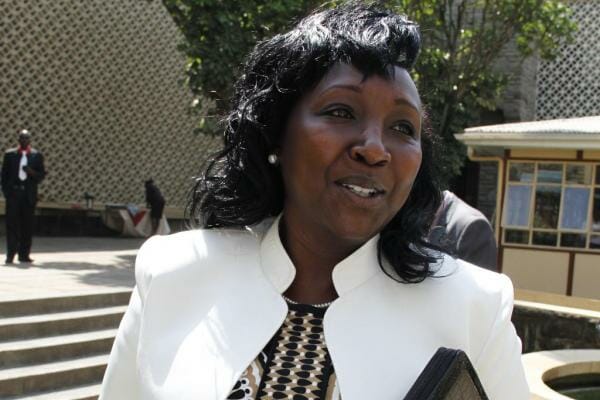 `The EACC has recommended the prosecution of former chief registrar of judiciary Gladys Shollei over procurement irregularities.

In a statement, Ethics and Anti-Corruption Commission recommended the DPP charge Shollei over paying Sh46 million for construction work that was not done.

The money was paid to M/S Timsales for the construction of the Mavoko law courts.

Other files submitted to DPP Keriako Tobiko include recommendations to charge National Social Security Fund board and former director of Immigration Jane Waikenda.

The NSSF board is accused of inflating the budget to construct the Tassia Housing project from Sh4.6 billion to Sh5.053 billion.

China Jiangxi International Limited was awarded the tender to develop the land since they were the lowest bidders.

Waikenda is accused of abuse of office and corruption in the Immigration department for irregularly issuing work permits to foreigners.