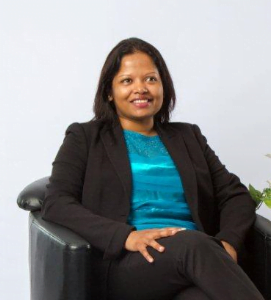 A former BAT employee who asked for his identity to be withheld has now reached out to CNYAKUNDI.COM just days after our expose to divulge even more details on the filth within the company. In the long mail to this site’s Chief Editor, the source explains how the company’s management is screwed up and puts Mauritian Human Resource Manager Razeah Belath under the spotlight.

First I worked at BAT for like 5 years till last year. So let me mention a few other things that I thought its good to bring to your attention.

1. The head of HR is called Razeah Belath, she is from Mauritius, how a Mauritian is and has remained as head of HR in Kenya for so many years (more than 4) is beyond any one’s comprehension. We know the labour law requires foreignors to be given jobs which require special skills that are not available locally, how then she has managed to obtain a work permit to do a job that can be done by Kenyans is beyond anyone’s imagination.

2. In 2017, the Institute of Human Resource Management (IHRM) raided BAT seeking to smoke out HR practitioners who are not registered and licenced by the Kenya IHRM, she hid and to-date she continues to practice as HR despite not being compliant or qualified in line with the regulations set by IHRM.

3. She has a lousy attitude, thinks locals are monkeys and has no respect for BAT set HR practices. People are abused, mistreated and laid off without her doing anything to manage the process.

4. As if that is not enough, she occasioned the firing of all HR managers who had the potential to replace her as the head of HR so that she can continue enjoying her sweet time in Kenya. She fired senior HR practitioners such as Wekulo Nasokho, Gladwell Mbugua, Waturi Wamboye amongst others all in the period of 2 years. All these were fired in the disguise of restructuring.

5. They neither do proper perfomance reviews nor document them properly, if they are challenged to produce performance appraisals for employees, half of them will be nowhere to be seen and those that are available are a sham.

Bad thing is, she will neither obtain a practicing licence from IHRM and she will keep obtaining work permits, such is the SCAM that BAT is. I will share more information on these foreignors later.