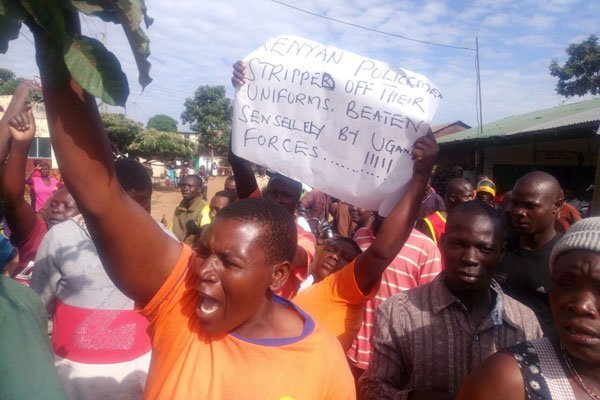 The Government of Kenya (GoK) seems to have forgotten Luo Nyanza.

The only time the GoK remembers Nyanza is when they descend on the residents, to maim and kill.

In fact, there’s no time in recent memory, that the government has done anything tangible for Nyanza people. We can attest to the fact the once prosperous region, leading in academic and industries is now a pale shadow of its former self.

Poverty follows the residents like a fly on a fresh cowdung. En Wach Malich!

Despite grabbing Migingo Island, the Ugandan government has continued unabated onslaught against the fishermen in this region.

Fishing is the biggest economic activity for the poor masses in Luo Nyanza.

One more thing, Uganda is near Busia, Bungoma and Kisumu, but your drunk president thinks a dry port should be in Naivasha. Ulevi ni Mbaya.

No one is spared as women fisherman also suffer.

Here below, a resident narrates the plight of Kenyan fishermen at the hands of Uganda Police. The GoK has forgotten these people.

I come from the lakeside specifically Osieko Bondo sub-county.

I would like you to highlight the plight of hardworking Kenyans from this part of Kenya who are fishermen or engage in fishing activities.

[easy-tweet tweet=”They assume huge losses in the hands of Ugandan police and authorities who patrol the lake and arrest these fishermen and their fishing gears at will.”] 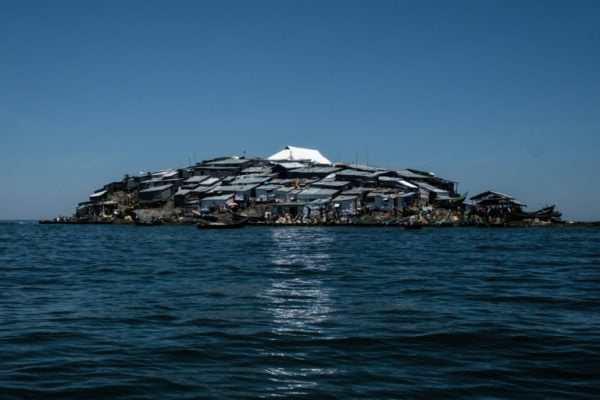 Migingo Island which is technically in Kenya has been claimed by Uganda since 2006.

These Ugandan police have ruined the businesses of so many people over the years here as they place huge fines or even destroy the boats, sometimes they auction the boat engines to Ugandan fishermen.

It is a sad state as even today more than 20 fishing boats have been arrested and they usually demand atleast Kshs. 30k per boat. These are poor Kenyans who struggle daily to feed and educate their families and are now facing the reality of loosing their businesses.

I hear they are now contemplating of how they can find guns and militarize their boats so as to protect themselves from the Ugandans. Owing to the fact that this has been the case since early 2000s and the Kenyan government has failed to put in place measures that can protect them from the Ugandan police patrol officers.

I think that if this isn’t looked at by the government early enough then we are headed into a bad episode.