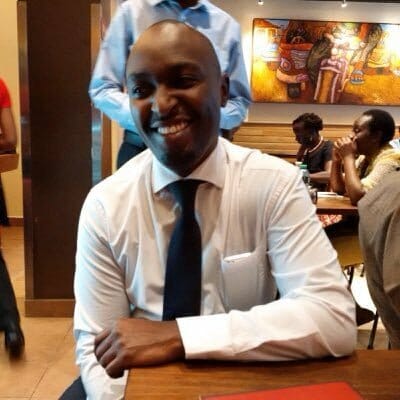 CAPTION: Brian Kuira, who spent the better part of his morning whining about MY blog, yet nobody forced him to read it. 8-4-4 mentality right-there.

There is a Twitter user by the name of Brian Kuira @KuiraB who claims he’s a blogger. Beyond hurling insults and abusing more established bloggers like myself just to make himself feel good, he seems have missed something.

You see small-time bloggers like Brian Kuira, or the idiots at the Bloggers Association of Kenya always imagine that throwing shade at Cyprian Nyakundi will validate their miserable lives. While I outmanoeuvre them on every parameter including follower count, content provision, exclusive news, discourse direction, they’re still stuck in their BAKE zone, whining all day.

This blog CNyakundi.com deserves awards no doubt, for controlling the narrative on a wide array of issues, the simple minds at BAKE conspired to never recognise my position so as to make themselves feel better, and largely because Kenya doesn’t appreciate exceptionalism. We thrive in the mediocre. Even when merit is clear for everyone to see, we go out of our way to undermine it.

They would want me to operate on their so-called “standards” (as if they invented blogging) and be a habitual ass-kisser so that they can control what appears in my blog, and propagate hegemony of opinion in line with what their masters dictate. To be different or exceptional in Kenya is a crime. Fuck this 8-4-4 mentality!

But you have never seen me complaining about BAKE and their skewed nomination process? I’d request that BAKE-affiliated numbskulls like @KuiraB and @RoomThinker also spend lesser time hating on my blog because that won’t drive traffic to theirs.

Today, Kuira was forced to swallow his misplaced comments about weaves, with his peers proposing a sit-down with his elders, for showing signs of an infection only known as “verbal-diarrhoea.”

Not all weaves are bad. The only weaves that perhaps show someone is a whore, are the flashy dramatic ones which Vera Sidika wears. Are they Brazillian-weaves? Yeah those ones. Avoid any woman with that type of weave. She is definitely dating a sponsor and could most probably a death bait. 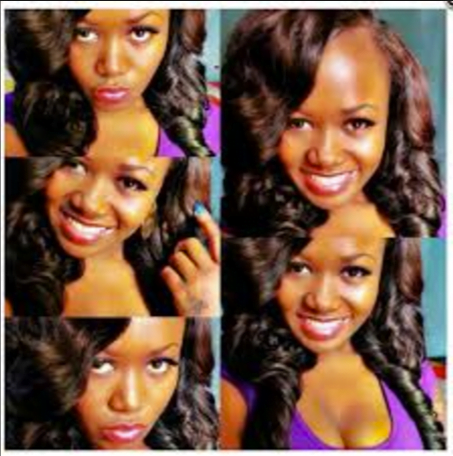 CAPTION: Kenyan men are advised to avoid women with such weaves. For your own sakes please. 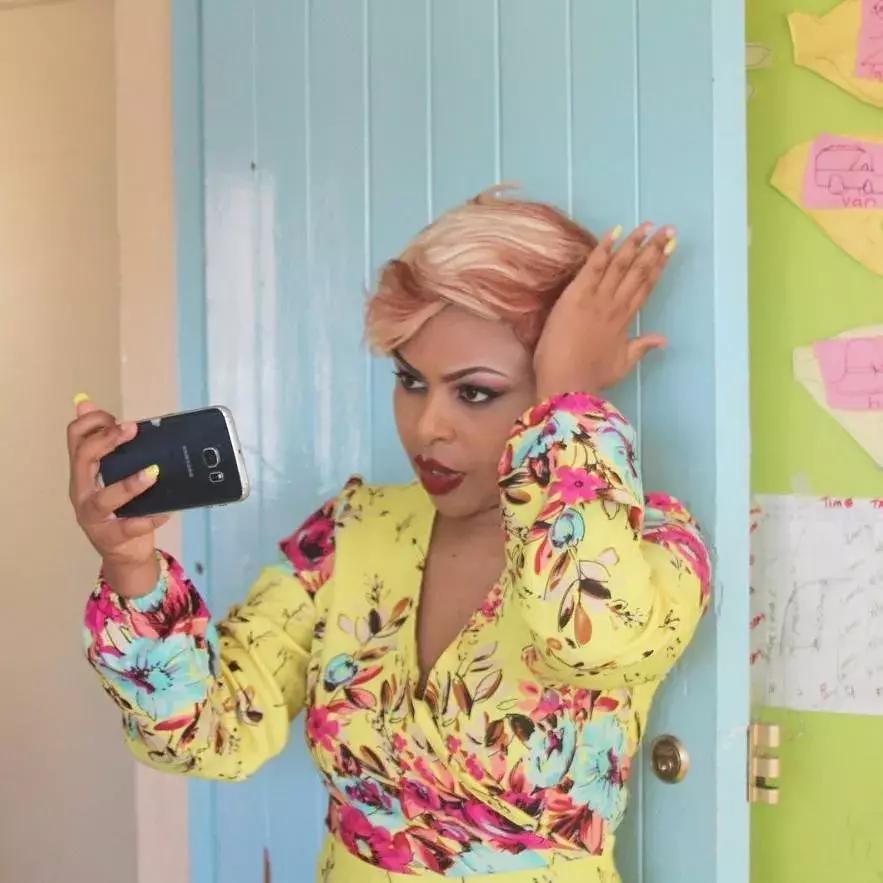 Other weaves/extensions aren’t bad as long as hygiene is observed and they are styled regularly. We are African, and our hair isn’t all that cooperative when it comes to styling. We sometimes need to relax, gel, blow-dry and style our hair. Men have to shave regularly because African hair doesn’t grow proportionately. Let’s first accept that reality.

Infact the laziest women are the Vera Sidika-type who just fit those weaves like caps on their heads.

But the normal woman who takes time on her hair, adding extensions or even braiding them should be celebrated. The effort should be appreciated. Because we have also noticed pseudo-feminists who use the “unkempt” hair fad, to abscond salon-days and save some money. We all remember that hashtag #MyBeautifulUnkemptHair which was an attempt to elevate mediocrity.

It’s time for you Ory Okolloh to hit the salon and try out a new look. So you went to Harvard, so what? Even Michele Obama did too. You don’t see her donning those pseudo-feminist hairdo’s. 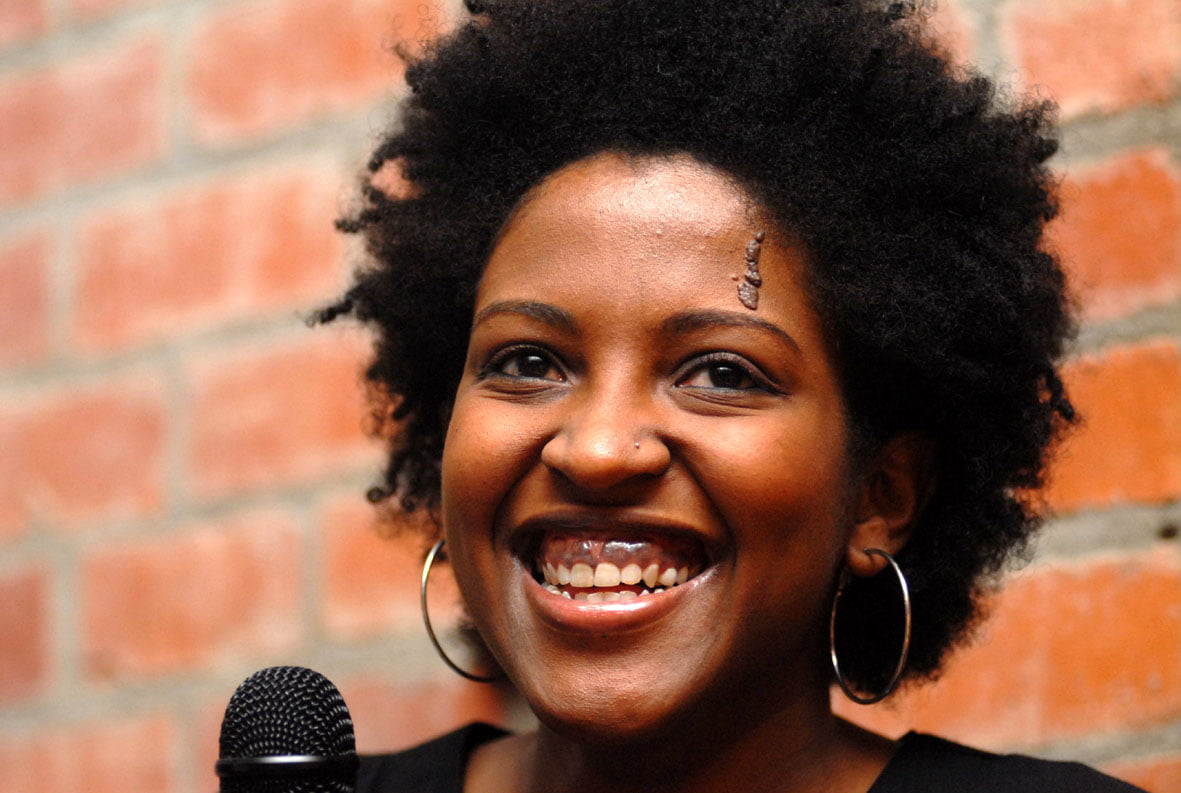 To the old camels like Caroline Mutoko and Sheila Mwanyigha who always preach standards to younger women, to the feminists like Victoria Rubadiri, perhaps you need to shift focus to personal hygiene. Do you know that many women rarely shower and use roll-on?

Us men, we forcefully shower brothers that are un-hygienic. You have seen many of those cases on television. But older media glamour-peddlers like the aforementioned should partner with companies to promote the use of roll-on and deodorants.

Because other than uptown clubs like around the Kilimani, Ngong Road areas where you can detect good fragrances, elsewhere it’s bad. Women and also men smell really bad in places outside Nairobi. And while we have taken this simplistic approach on generating standards based on the tastes and preferences, we seem to have forgotten that the exterior also matters.

But women moreso, because their sweat-glands are more pronounced. A man can skip the shower for 2 days, but a woman can’t. If a man smells, then that’s a character that’s evaded the showers for quite some time, but women can never afford to skip it, yet it’s been happening.

Women go around complaining that sijui oh, Kenyan men don’t go down on them sijui oh, but the truth is, we can’t go down on a place that smells like crap. We need those areas shaven and kept clean, if you want us to eat that booty like groceries.

Start a movement to improve on the hygiene. I’m sure corporates who manufacture products along those lines will welcome and be part of them. Because in Kenya, people really smell. And if it’s an issue with taxes, call on the Treasury Cabinet Secretary to zero-rate some of these products so as to improve the people’s hygiene.