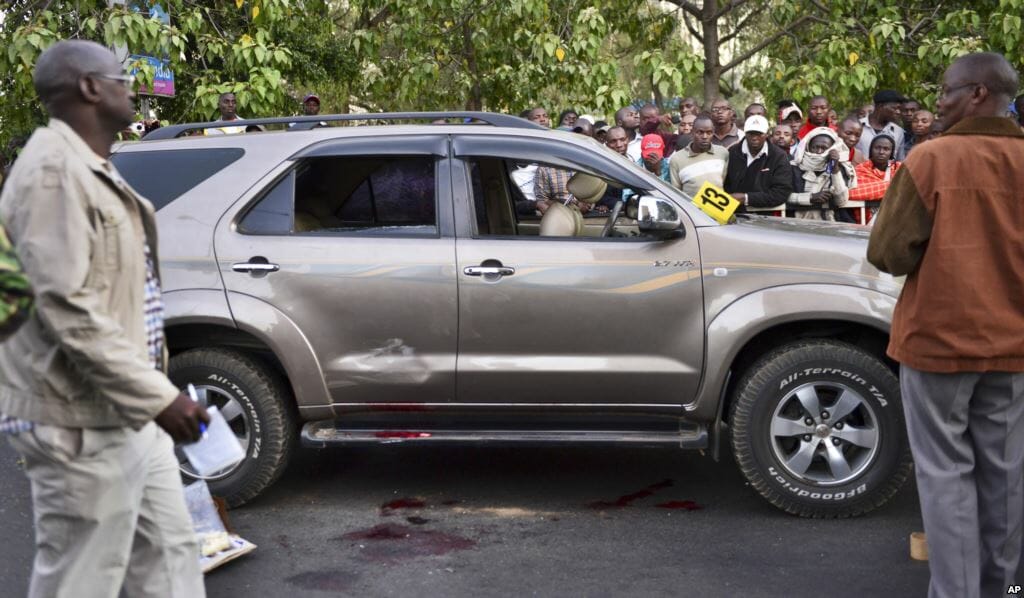 He came wearing layers of make-up on National Television and sold Kenyans the idea of an integrated monitoring system. Funds that were meant for laptops in the much-hyped Jubilee manifesto were then diverted to a leading mobile service provider to embark on the project.

It was hoped that due to the company’s influence and control over media, nobody would question the fact that the tender was single-sourced and hurriedly awarded, without any published feasibility study. And indeed till today, none of the mainstream media houses can dare raise that issue, lest the company terminates their advertising contracts with them.

Camera’s with flash-photography were installed, a first because in Europe, traffic camera’s have in-built infrared technology because flash lights can cause accidents especially to photo-sensitive drivers.

Over and above the big investment, another structural deficiency is the most important; manpower. Government with all their glory and splendour retained Kiganjo Police College-trained policemen and women, at the integrated monitoring center, instead of recruiting fresh data analysts from the various universities, who have the intellectual ability to decipher and react to any occurrence within the shortest amount of time. This is what the United States National Security Agency (NSA) has done, recruiting the sharpest minds as private security contractors. Leaving such complicated machinery at the hands of rungu-bearing, overworked and underpaid staff of the Kenya Police means the CCTV project remains a white-elephant.

For their troubles, a senior official of the company that was single-sourced was given a plum state job as Secretary of Delivery at StateHouse, whose work is to ensure that big projects conjured by hollow men, without any statistics or status-reports, are hyped in the media layered with funky photos and coated with sweet nothings, for the sake of political expediency.

Crime rates continue to soar, and yet another Kshs. 50B gone to waste in the name of fighting terror. Of what good are those fancy Chinese camera’s to the country, if they cannot assist in the capture of local thugs? Is there any published report on its success-rate?

Picture this, a lady by the name Naomi Mutua Twitter handle @AKenyanGirl is a known sycophant of the CEO of the company that was single-sourced for the CCTV project, and is forever retweeting propaganda spewed by the company. Sometime last year, her vehicle a Subaru was stolen along Ngong Road. Despite her proximity with the said fellow, the CCTV’s were not of any assistance in the tracking and final recovery of the car weeks later, at the foot of the Longonot Crater. Now if a vehicle of someone with unlimited access to the firm that supplied the CCTV cannot trace her stolen vehicle, what of us ordinary Kenyans? We’re doomed!

The truth is, Kenyans were played again. That project could have likely been a conduit for Jubilee’s first ever heist. This is Kenya, the bandit-economy.

Reports of an armed robbery on Mombasa Road, an area covered by the PR CCTV cameras that flash lights to excite simple minds, and yet the Police cannot trace the assailant is yet another hallmark of Jubilee’s comedy of errors.

Meanwhile as the Police remain incapacitated and unable to crack down on armed robberies, resources to ensure bloggers are arrested and their gadgets witheld will forever be and are readily available.