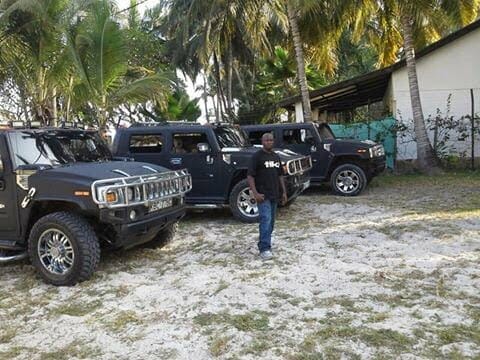 This is a seductive question that I am tempted to ask. What is Mike Sonko up to ? Today, I tweeted opposing Sonko’s efforts to create a ” Sonko rescue team ” with fully fledged security cars and guns . As usual, he was praised by Kenyans who dont know Mungiki, Chingororo, MRC and other militant groups started with ” Helping people ” , ” Private Security Wings ” but later reared their ugly head and started slaughtering those who refused to comply with their set up guidelines.

What sonko is doing amounts to setting up a parallel government. I dont know who he consulted: Has the national government and county gvt failed in providing security and if it has really failed, President Uhuru should vacate that powerful seat and let Sonko lead the country.

The flamboyant senator must know that militant groups started the same way he has started his ” Sonko Rescue Squad ” In a few years, my guess is that the Kenyan police will be struggling to contain this group if not managed well. Looking at social media comments, some responses have gone beyond eye-rolling and scoffing. Sonko Must assure us that his ” Rescue Squad ” will not slaughter me tomorrow.

Sonko has been given too much by president Uhuru and it is time to take it back. I know others will verbalize their incredulity against me but time never lies. This squad is a bomb waiting to explode and it is quite time we detonate it. What Sonko is doing amounts to creating a parallel government which is unconstitutional, wrong and unacceptable.

I thank the few voices expressing dissent because in a crowd, someone has to recognize the snake and warn others. The problem with Kenyans is that our ethnic mindset guides us in everything . As a politician, you have to employ seductive political antics to survive in the hot political Jungle. We know sonko may be having ” Good Intentions ” but history has never lied, such private wings end up being dangerous militant groups that commit heinous crimes .
Cyprian Nyakundi is a Political Blogger