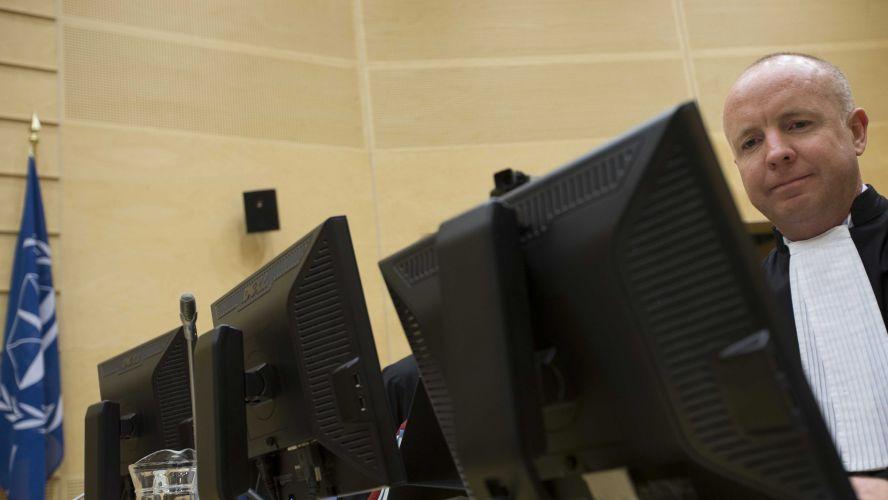 The victim’s legal council in the Uhuru Kenyatta ICC case, Fergal Gaynor speaks for those affected by the 2007-2008 post-election violence about yesterday’s decision by the ICC’s Appeals Chamber. He believes that the truth about the violence “will never emerge” unless an investigation against President Uhuru Kenyatta takes place.

The ICC Appeals Chamber ruled that the Trial Chamber judges had erred in law in its decision. It said that the errors prevented the Trial Chamber from properly assessing whether the Kenyan government has cooperated with the Office of the Prosecutor and provided it with the necessary information to prosecute Kenyatta for alleged crimes against humanity.

Last December, the Trial Chamber ruled that Kenya had not cooperated, and it will now have to review the matter. The Hague Trials Kenya asked the legal representative of the victims in the Kenyatta case, Fergal Gaynor, for his views on the decision.

THTK: What is your opinion about the judgement delivered by the Appeals Chamber?
During a mission we carried out in Kenya in May and June, we met over 700 victims of the Kenyatta case. Many are deeply frustrated at the government’s ongoing obstruction of justice, and at the Prosecution’s decision to cease active investigation in the face of that obstruction. Many asked how exactly this appeal would be able to help them. They want the truth to emerge. They want trials to begin as soon as possible. They want assistance for their families and fair compensation for their losses. They feel they have already waited far too long for justice. They very much hope the Court will remain firm and resilient in the face of deliberate non-co-operation by the government. The last thing they want to see is weakness in adversity.

After the Appeals Chamber’s Judgement, the ultimate goal remains to obtain Kenya’s co-operation. Kenya remains bound under the Rome Statute to comply with all requests for assistance from the Court, including the revised record request which lay at the heart of the litigation before the Appeals Chamber. President Kenyatta remains bound under the Kenyan constitution to ensure that Kenya fulfills its international obligations, including its obligation to co-operate with the Court. It is now time to see the government and President Kenyatta fulfil those obligations so that the victims can experience the justice that has been denied to them for far too long.

THTK: The OTP has faced a series of failures in prosecuting President Kenyatta. Will this judgement cause a major change in the scene or should victims be sceptical of whether justice will be done?
The victims will have to see whether the Kenyan government is genuinely, honestly serious about upholding its international obligations. It will be judged by its deeds rather than by its words. The victims are frankly fairly skeptical about the chances that President Kenyatta’s government will permit the truth to emerge regarding President Kenyatta’s involvement in the post-election violence.

The victims want the Prosecution to do all that it can to hold the government accountable for each and every instance of non-cooperation, where that non-cooperation prevents the truth emerging as to what happened during the post-election violence and who was responsible for the horrific crimes committed. It is absolutely imperative that a revitalised and reinvigorated investigation takes place. Without that, the truth will never emerge.

The Hague Trials Kenya asked Fergal Gaynor for his views on the decision, and he answered some of our questions via email.