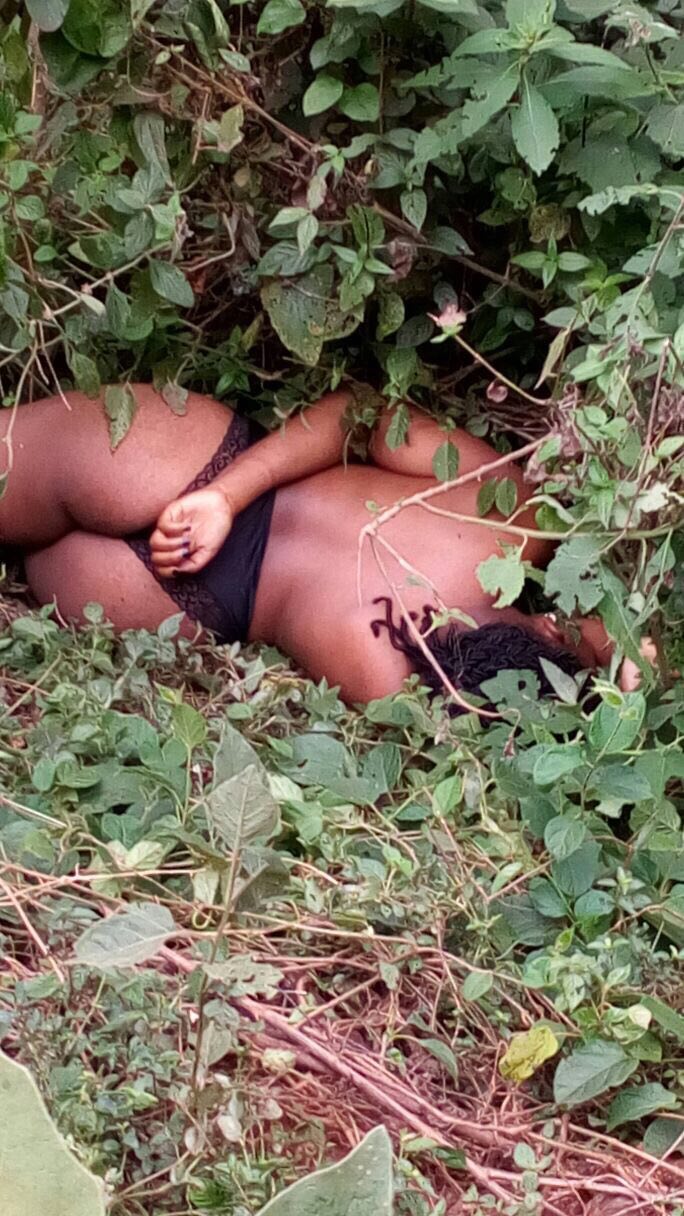 CAPTION: Photo of Chris Msando’s Clande’s body. What a waste of good pussy!

The community of young women who liaise with older married men, using sex as a means to acquire financial recompense, gifts and trips to flaunt on Instagram, is in shock following the brutal death of Chris Msando and his Mpango Wa Kando.

The lady still remains Unknown, even though her physical features indicate that she had a dope-ass body. She is so out of luck because as Chris Msando’s body was moved from City Mortuary to Lee Funeral Home, hers was left behind the facility, which has been corruptly run by Nairobi Governor Evans Kidero.

Side-chics are slowly coming to the realisation that their short-lived pursuits for money and glamour, also have immediate consequences, outside the societal construct that it’s all glamour and glitz. The illusion of happiness as a side-chic was painted by prominent feminists in the country, led by Caroline Mutoko, Sheila Mwanyigha, Emma Too, Ciku Muiruri and other misguided psychopaths, who unfortunately didn’t give both sides to the coin.

There exists a social-convention whereby women have been allowed to get away without shouldering responsibility for their indiscretions.

For instance, Caroline Mutoko got away with a clean image, even after being the lady who compelled the late Mutula Kılonzo to consume viagra and fuck her to his cardiac arrest. Caroline’s image was so cleansed that she retained her job, over and above continuing to infect other younger souls, in her misguided and toxic ideology.

If you all remember, Caroline Mutoko was the first to defend Cheryl Kitonga after she was revealed to be the girl last seen with Jacob Juma alive. The university student got off unscathed, and courtesy of the feminist-dominated media, other women were shown that you can do anything, and get away with it under the guise of “youthful exploration” .

Women like Sheila Mwanyigha overstayed in their single years so much, that their reproductive organs are virtually obsolete. Her and her misguided friends like Kobi Kihara, Emma Too, Debra Sanaipei, Kalekye Mumo, Carol Radull, are now scavenging for desperate men, whilst clinging on their lost glory as bait to lure dumb idiots who will inherit their childlessness as a trophy.

“God amenichangamkia” is a phrase popularised by Betty Kyalo, an new anchor whose relationship with Joho has been discussed widely in the public domain. Men of low self-esteem pack her wall, regurgitating her bullshit, and praising her purported eloquence and business acumen after opening a hair salon. Like honestly, where is the rocket-science in opening a salon and importing hair? Why are we Kenyans so obsessed with the service-industry? Why are mere distributors being projected as drivers of economic growth? What about inventors, creators, manufacturers, academics and thinkers?

I once challenged my audiences to name one product that Chris Kirubi manufacturers. None could say any. Kirubi is a glorified distributor. He acquires licenses from brands and then repacks them for distribution. Bic is not his creation. Neither is Motions hair-care. DHL is a German company which made him a director of their company. Capital FM was created by Linda Holt. Rockbern Coffee is an American brand. Carlsberg beer is also not Kenyan. Yet he’s the same wanker who advise governments on economic matters. What a shame! No wonder our economy is in the gutters.

I think the individuals who were manufacturing second-generation liquor are more important than supply-chain actors like Chris Kirubi.

Back to Mpango Wa Kando’s. These girls have made it their core-business to sleep with other men’s husbands, with no honor or shame. Which leads us to the big question; should media sanitise Chris Msando’s clande as just a lady in his company?

Ofcourse not! Let it be know to humanity that being a side-chic to someone, comes with dire consequences.

When I look at her photo, I can’t help but imagine how hot she was. Her skin looks flawless without any stretchmarks. Her pussy must’ve been bomb-ass too!

It is these bitches with bomb-ass pussy who believe that since they have so much to offer the course of mankind, they must “sell” them goods at premium price to sponsors. Media conditioned them using phrases like “Mwanamke Ni Standards” that their pussies are worth top-dollar, and only married men can afford to acquire it.

The biggest contradiction in this life is the fake story peddled by corporate or so-called “independent” women, who claim they got their own money, so don’t necessarily need a man to pay their bills. I’m pretty sure that those close to Betty Kyalo have heard her spewing such garbage.

“Independent” or “financially-stable” women is the biggest oxymoron and contradiction of our time. They use that line to scare away men of meagre resources, so as to leave the space open for those who have deep pockets, to fulfil their childhood fantasies or travel and shopping. Unfortunately the women who wax lyrical on independence, grew up in humble conditions and are looking for their dad’s in every sponsor they liaise with. Because their dad’s couldn’t afford to take them on holidays and trips, they’re still searching for that father figure to indulge their childhood dreams. Sahar

The more a woman claims to be “independent”, the bigger the demands will be. These bitches say one thing, then solicit for men to pay rent, buy tyres for their cars, and the likes. It’s like Karen Nyamu for instance. She will claim to be independent because she’s a lawyer, but that rationalisation in her mind is only to ward-off jokers because in essence, she’s looking for a sponsor to match her ridiculous need and greed. A sponsor of William Ruto’s level.

To all current/future fathers, please be there for your daughters so as to avert a future calamity like we have today. These misguided Mpango Wa Kando’s are simply suffering from “Daddy Issues” while chasing sponsors.