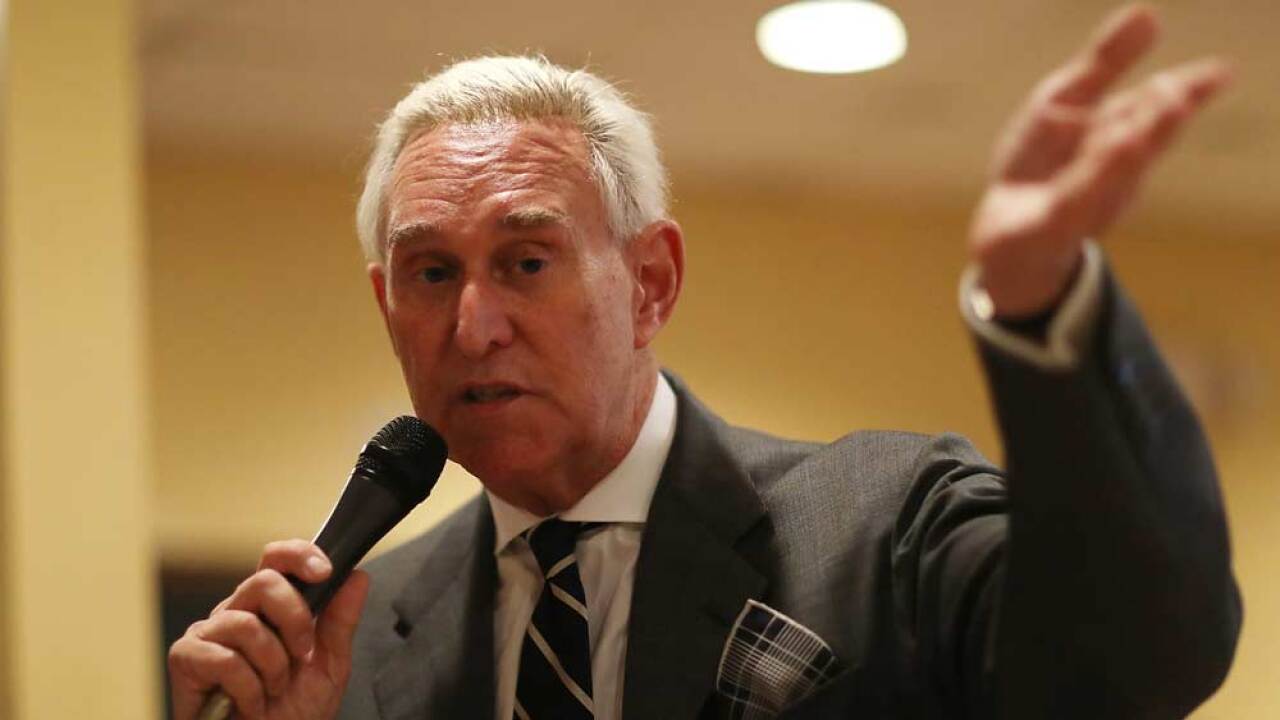 Stone is charged in a seven-count indictment with witness tampering, obstruction and false statements about his interactions related to the release by WikiLeaks of hacked emails during the 2016 presidential election. Some of those false statements were made to the House intelligence committee, according to the indictment.

The indictment brought by special counsel Robert Mueller does not accuse Stone of coordinating with the Russian government’s election interference in 2016, the key matter under investigation in the probe. But the indictment lays out in detail Stone’s conversations about stolen Democratic emails posted by WikiLeaks in the weeks before the Republican beat Democratic opponent Hillary Clinton. Mueller’s office has said those emails, belonging to Clinton campaign chairman John Podesta, were hacked by Russian intelligence officers.

Stone is scheduled to appear in court in Florida later Friday. The indictment had been expected. Stone has said for months he was prepared to be charged, though he has denied any wrongdoing. A grand jury for months had heard from witnesses connected to Stone. And the intelligence committee last year voted to release a transcript of Stone’s testimony to Mueller as a precursor to an indictment.

Stone has publicly denigrated the Mueller investigation and echoed the president’s descriptions of it as a witch hunt. But he has long attracted investigators’ attention, especially in light of a 2016 tweet that appeared to presage knowledge that emails stolen from Podesta would soon be released. Stone has said he had no inside information about the contents of the emails in WikiLeaks’ possession or the timing of when they’d be released.

He has said he learned from Randy Credico, a New York radio host, that WikiLeaks had the emails and planned to disclose them. Stone has released emails that he says support that assertion.

Prosecutors had offered a plea agreement to Stone friend Jerome Corsi that would have required the conspiracy theorist and conservative author to admit that he intentionally lied to investigators about a discussion with Stone about WikiLeaks. But he rejected the offer.