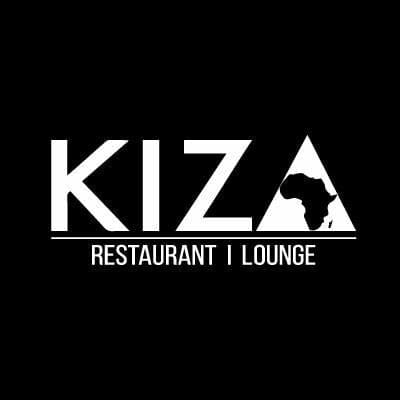 As we had previously noted, Nigerians thrive in countries where women empowerment has taken a foot-hold, and rarely survive in patriarchal societies. Kenya is one such place where a group of Nigerians, partnered with Deputy President William Ruto’s former clandè and current senior executive at Royal Media Group Farida Karoney, to open a pricey joint at the rooftop of Galana Plaza.

In signs of depression as what’s currently happening in the Kenyan economy where debt is just about to sink the country into oblivion sparking civil disobedience and class-wars, luxury spending is on the rise, a matter that can be reflected with the Nigerian economy where they have the highest uptakes of private-jets, despite having the worst economy in the world.

Unlike in the Middle-East where the monarchs have chosen to use oil money to build to build globally-competitive economies, Nigerian leaders cheered on by ethnocentric sycophants similar to Kenya, repatriated their oil wealth into Swiss accounts, beginning with Sani Abacha and most recently Goodluck Jonathan.

In Kenya, individuals are cheering investments such as trendy high-priced lounges such as Kiza where a bottle of wine costs 100 times what it would cost in a Supermarket store, instead of worrying about the growing economic disparities and the threat they pose to the country.

Indeed, Farida Karoney’s love for Nigerians isn’t only limited to forcing Citizen TV to air crap Nigerian movies, but she has gone ahead to partner with Nigerian “investors” and open a bar. These are some of the risks of having women occupy big positions because they have no national identity, especially those of not so solid backgrounds.

So a new onslaught from Congolese characters has been opened, with the individuals who own Ferari/Lamborghini vehicles that drive around Nairobi with foreign plates, have opened another new joint, right below Kiza Lounge. After complaints of expensive drinks and mediocre deejays, competition for Kiza has been brought right at its door-step.

But should we as Kenyans be celebrating the opening of pricey joints when majority of our countrymen are living below the poverty line, simply because President Uhuru Kenyatta and his deputy William Ruto have embezzled US$ 1 Billion of our Eurobond proceeds?

We however remain confident that what ICC Prosecutor Fatou Bensouda couldn’t achieve, will be done by US Attorney General Lorreta Lynch, after United States Public Broadcaster PBS aired a series on corruption in Kenya and specifically singled out US banks JP Morgan and Citi Bank.

The link has sent Treasury CS Henry Rotich into panic-mode where today, he changed his tune and made fresh claims that Eurobond was used to pay debts incurred by the Kibaki Government, yet we very well know what Uhuru said that it will be used to fund infrastructural projects.

Anyone doubting that those behind the Eurobond Heist will rot away in retirement in a Brooklyn jail, are people living in utopia.