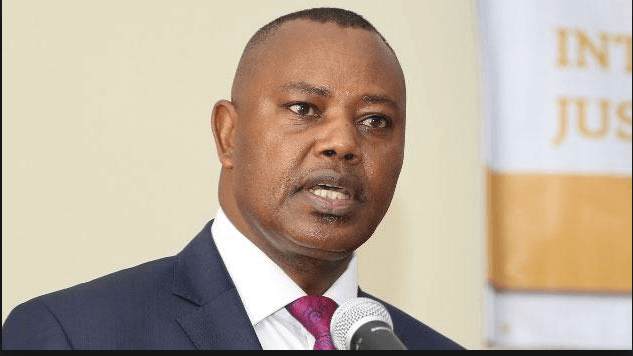 Caption: DCI Boss George Kinoti. A Family Member has given Intel That Can help Entangle A Murder Case.

I have an issue I want to be highlighted fully to the DCI. I had my aunt who lived in tala Kinyua. She was killed on Wednesday, 10th August night by unknown people. It is being suspected that the mother in law and her daughters are behind the killing.

The area is Kinyui Tala Kangundo

On Wednesday at around midnight, the husband called my dad (Joshua kyalo_brother to the deceased) and Informed him that in he has gotten a report that his home has been invaded by thieves and they have injured her wife to a point of death

On Thursday morning Joshua Kyalo and his brother Peter Kisoi went to the family and to their shock they noticed nothing had been stolen and even no door had been broken into.

According to the neighbours, they heard a scream from the shamba boy claiming that there was killing going on and when they came to their rescue they found the boy unconscious and realised that he had been given solar acid.

Police were called and took my aunt to the hospital (it’s like she was already dead). They also took the boy too and they had promised to start an investigation on the issue but since then they don’t seem concerned

After post-Morterm, its said that she was raped before being hit with a heavy metal on the head which caused internal bleeding.

It’s well known by our family that despite her being married and already with three kids, the mother in law and the sisters in law were never in support of her being part of the family.

Also, the husband had the first wife who he had divorced before marrying Francisca…

Sir hope these details will be of great help.. expose please we need something to be done…