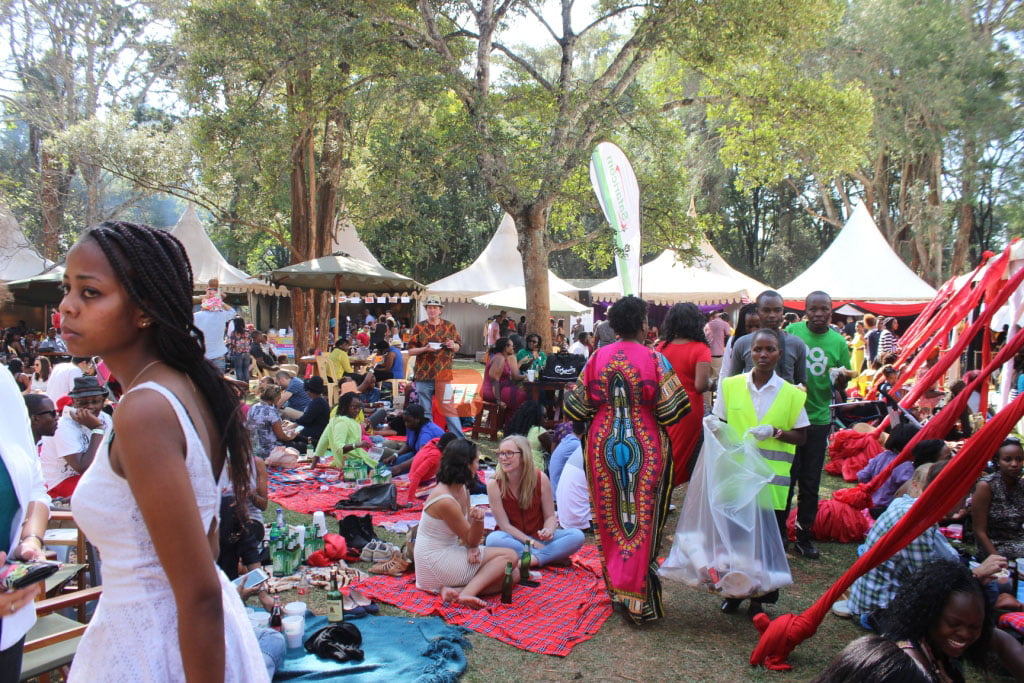 CAPTION: This “picnic” is what Nairobi middle-class wannabe’s refer to as a concert. Somebody stop these guys. These grossly inflated standards projecting a false image of success have downgraded us as a nation.

The fake middle-class wannabe’s who pay rents of 150K so as to spend all their valuable time stuck in traffic, and then afterwards spend all their income on expensive bars buying bitches Moet, Tequila and Sheesha’s, are at it again. These fuckers who when shit hits the fan, are always blackmailing Kenyans on social media to raise money for their hospital bills, instead of joining us to rally for free universal healthcare, will never cease to amaze me.

Juzi some 1824 socialite who works with Sport Pesa, plus his gang, could not give us peace because he got an accident and had to go to Nairobi Hospital. What about Kenyans who are shot by police? Ever heard them opening Till Numbers for harambee’s? Bila. They make do with public healthcare.

Now if public healthcare comes through for ordinary Kenyans, doesn’t it make sense if we all rally behind the modernisation, equipping of our public hospitals? Because trust me, every year money is allocated to healthcare but it’s “eaten” by ministry of health officials. Why should Kenyans continue going to exploitative hospitals like Aga Khan, Nairobi Hospital, Mater, Gertrudes, Karen Hospital, only for them to resort to harambee’s? Just to floss?

Middle class fuckers of Nairobi need to give us a break. This bullshit of theirs is too much.

Those assholes who drink at Kenya Harlequins with their credit cards for instance, are ok paying fictitious and grossly manipulated rents (between 70k and 150K) in Nairobi’s suburbs, with little space and no amenities. And when shit hits the fan, they resort to suicide like the late George Pozza.

Look, if you surround yourselves with slay-queens who are just guzzling your money, and suddenly you can’t afford the lifestyle, then you need to step back and detox. Not light a fucking jiko and kill yourself. If there’s ever a monument for hubris and the stupidity which has entrenched itself in Nairobi, then it has got to be Kenya Harlequins. Those idiots have never developed that ground much from what it used to be in the 90’s, when Safari 7’s was launched. Only some mabati stand was erected and celebrated as if they’d built an Emirates Stadium.

Middle-class Nairobians need to stop this rat-race. You drink in expensive places, get exploited by bitches who make you buy them imported shit without giving you pussy in return, and then blow you pay-checks just like that. The money all you fuckers are paying rent now could be used to buy a plot in one of the satellite suburbs I mentioned earlier. Kitengela, Athi River, Syokimau, Kiserian, Ngong, Juja Farm, Utawala. These are vast areas where land is cheap.

But we have to combine and pressurise the Kenya Roads Board, the Kenya Urban Roads Authority and the Kenya Rural Roads Authority to stop eating our taxes and twisting the procurement guidelines imposed on us by mzungu fucked-up donors, for their own gain. You can’t buy now in the middle of nowhere, like the idiots who got scammed by Maina Kageni and his fake Konza City and Property Reality Company (PRC) deals. We have to stop getting exploited by private developers and push for our taxes to work for us. 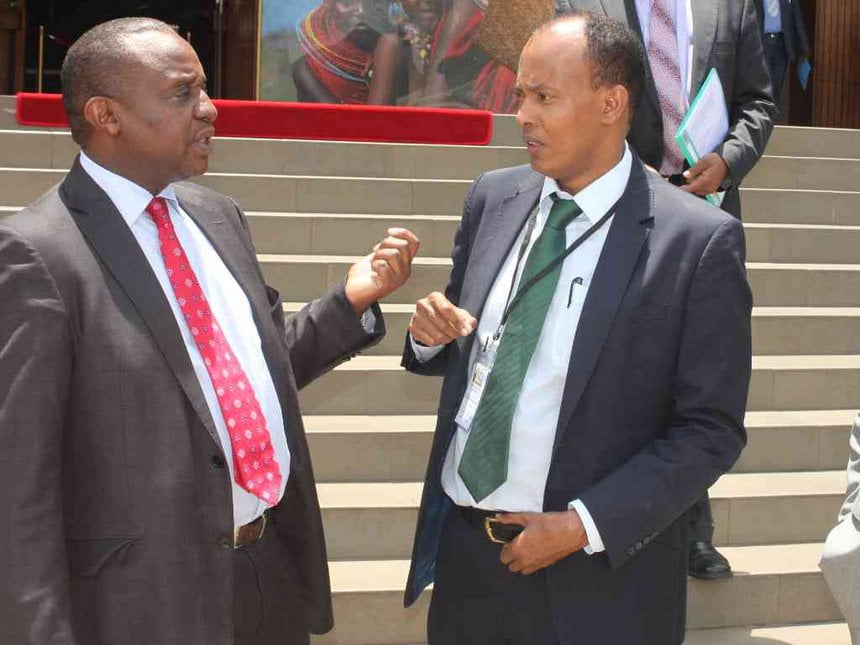 CAPTION: Treasury CS Henry Rotich and Kenya Roads Board general finance Manager Rashid Mohammed, discussing how they will procrastinate roads projects under the guise of “tender processes”, allowing them to embezzle our taxes.

In this regard, I’m ready to publish all details of staffers at Kenya Roads Board and all its affiliate agencies like KURA, KeNHA and KeRRA. I will publish details of the staffers (from tea girl to top board members) including their spouses and children indicating where they school, where they live and the likes. What you do with that information is up to you. I’m not suggesting you harm them, or burn their houses or vehicles. I’m not even suggesting you send threatening notes to their children in their respective schools.

For instance, the Greater Eastern Bypass was supposed to be completed in 2011. It has been in the plans since the Kibaki Government. It was the link between Mombasa Road and the Garissa Highway. It transverses large tracts of land, where plots would be cheap. We would all move there if acess roads, drainage, traffic lights were installed.

But KURA and KeRRA officials keep crying about tender process, etc. Basically looking for ways to procrastinate and eat our money. Why then should we allow their families to live in peace? Why do they keep telling us about mzungu procurement guidelines when it’s convenient? How comes money that Uhuru embezzles everyday is not subject to the same bureaucratic processes?

Those rules were made by us and we are now saying that we don’t have time for that shit. Kenya Roads Board officials and their constituent agencies have insulted our intelligence for far too long. Invoking the tedious procurement bottlenecks when faced with the question, yet Uhuru steals our money anytime he can, is double-standards.

Remember, once we put your details out there, even Uhuru can’t save you. If your arrogance in not responding to me is because you imagine that you have “protection from above” , then my friends, you clearly don’t know what social media is. Ask Anne Waiguru and why she resigned two days after her son was posted on social media driving an expensive car. Surely Silas Kinoti, do you think you’re more connected than Anne Waiguru? Do you think you have bomb-ass pussy like her to trade-off in high offices? Don’t bullshit with us all your roads officials. We give you 14 days to provide a roadmap how the Greater Eastern Bypass and ALL feeder roads within it will be tarmacked before the end of this year.

If there’s any Governor or politician blocking you, say it. You report to us Kenyans, not fucking politicians.

Meanwhile Capital FM fake accent wannabe’s should stop calling Koroga a concert. In America, that would be classified as a picnic. If you’re really good at your shit, bring Jay Z and fill up Kasarani. Don’t bring us SA DJ’s and call it a concert. And then we’ll bow down. 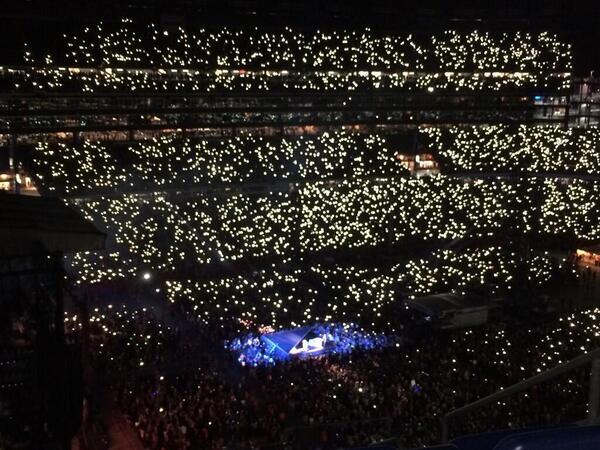 CAPTION: Now this is what is called a “concert”. A real one. So I hope the dumb middle-classers will stop abusing the terminology. Kasarani was not built as a grazing ground. It can actually host such an event. So those geniuses who can’t let us breathe in peace because of their supposed ingenuity should step up.