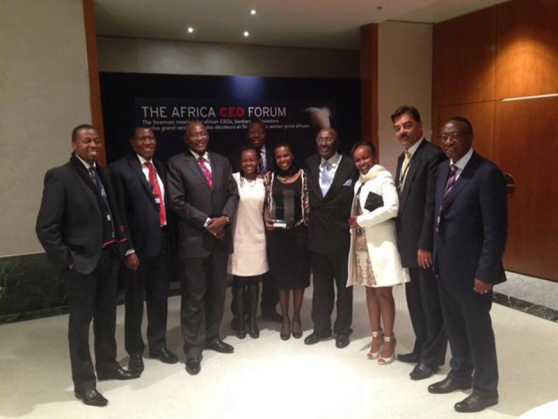 Caption: Some of Kenya’s top CEO’s. We advise Kenya not to be sharing their ideas with this redundant lot, who only know how to steal ideas and not mentor.

We got an interesting email today. Goes in line with our theme that corporate Nairobi operates on cliques based on patronage, bribes and sexual liaisons and not really on merit. Reason why corporate Nairobi is choked with redundant ideas and no fresh initiatives.

Read this email and understand why your bright idea and proposal will get attended to faster out of the country, than in Kenya where corporates thrive on stealing ideas or employing retarded strategies like using bimbo’s to market fuel like Shell Kenya.

Our advise; if you have a great idea, don’t bother sharing it with jealous corporate operatives who got their jobs through sex or bribes. Patent it, and share it with us as we work on ways to crowd-source funding locally.

Don’t be like that Central Bank staffer whose MPESA idea was stolen by Michael Joseph.

You are doing a great job exposing the bad things happening in our country. Now, there is something small I have noted with Kenyans and its really sad. So, when I was starting my business, I interacted with a number of big shots in the local Kenyan industry with the intention of building business relationships with them. These are people who appear in the media regularly and mention how supportive they are of local entrepreneurs. Many of them gave me their business cards and promised to reply to my messages. I am talking about guys like Kiprono Kittony (chairman Radio Africa), Joshua Oigara, Vimal Shah, and Julian Kyula among others.

Now, when I went back and wrote to these guys, only a few replied. I know its their right to reply or ignore to messages. I must admit that some of them replied. Kiprono and Athi River Mining (ARM) CEO did reply.

Then I decided to do something. I decided to write to some of the busiest people in the world. Not Kenya. So, I went to my Bloomberg Terminal and got contacts of some of the leading global business leaders. Am talking of people like: William Ackman, David Einhorn, Steve Shwarzman, and Witney Tilson. I also wrote to a bunch of CEOs (of Fortune 500 companies) and most replied. These are guys running businesses worth billions of dollars. Global businesses.

To my surprise, all these guys replied to my first email message. Some took minutes to reply. I still talk to some of them.

I again mention that it is their right to reply messages or ignore them. But no matter how busy one is, it takes just a second to write ‘noted’.