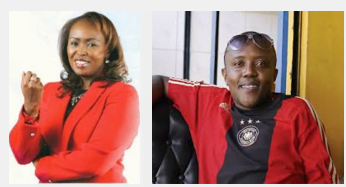 Every man in Kenya must have received a text-message request from a female asking for a favour at one point or another in their lives. Most of these requests are from women you may barely know, or perhaps not very close with, but the sheer guts to conjure such a message and press the “send” button to all and sundry would leave a neutral observer in utter shock and disbelief.

While it is not a crime to request for funds, especially in an emergency situation, there has been an increasingly worrying trend, where text messages seem to rotate around the same issues. And the similarity is more than visual. For instance if all men would share their messages, they tend to solicit money using excuses like “my mum is sick” or “I need to pay for my chama” or “my electricity has been disconnected” matters that perhaps don’t even concern the recipient of the message.

What you may not know is that women draft a message template and broadcast it to over 50 males in their phonebooks. Out of the 50, a minimum of 5 are guaranteed to be in the positive, meaning that if the value of money requested was Kshs. 5,000, a total of 25,000 would be guaranteed. And that’s how our economy has been operating. Bandit-economy as was aptly captured by Chief Justice Willy Mutunga, only in this case devolved.

The money is normally given as a soft-loan with a promise to repay back, but as fate would have it, subliminal-signals of sex are given to men, with the carrot being dangled accompanied by all sorts of mind-games. Eventually, the man who sends the most money is the only one who will have a likely chance of intercourse (if that was the primary objective) with the lady, and the rest being relegated to flower-girls escorting one on top of the food-chain in the whole arrangement.

So how did this toxic ecosystem mutate from one extreme to another?

Prior to the Caroline Mutoko/Maina Kageni era of incubating prostitution, women in Kenya were modest and decent. A simple movie date or chips and chicken enjoyed within the Uhuru Park grounds was enough to woo a woman or express intent of a relationship. But with a consistent message being replayed on national airwaves on how women should not lower their standards (mwanamke ni standards) the winds of change begun to blow. Women in Nairobi suddenly realized that they have an asset which should never be conceded for free, even to a deserving candidate. They were programmed that a man must foot the bill, pay your expenses, cater for your upkeep and occasionally act as your father, roles many men haven’t been taught to replicate, and especially at a young age.

Kenya’s social landscape was altered and now people stopped going to nightclubs to dance, but started binge-drinking which by then fit into Mutoko’s profile of letting the man take care of the woman, because back in the day, the only need was someone to buy drinks.

But as people grew older, and needs expanded, women now factored in this undeclared income into their daily lives and those who got lost in the Mutoko hype ended up seeking multiple “sponsors” for various needs in their lives. There was one in-charge of rent, one for transport, another for hair/clothers, etc.

So what Caroline Mutoko and Maina Kageni planted was a seed that has had disastrous effects on the social fabric of Kenyan society. In the cheap pursuit of ratings on behalf of a Ghanaian boss Patrick Quarcoo who would care less about Kenya or what we stand for, Caroline Mutoko and Maina Kageni viciously attacked the family unit, diminishing it’s credibility in the eyes of the public.

The concept of hardwork by women was trashed and women were told to leave a man if he doesn’t have money. It is no wonder why all sms’es soliciting for MPESA share stark similarities because the source of the messaging was one focal point, Caroline Mutoko and Maina Kageni. Today, even college girls have been conditioned by the mass-media to solicit for MPESA from men meaning pseudo-prostitution is now sprouting from a very early stage.

Today we have Caroline Mutoko and Maina Kageni’s understudy Njoki Chege who acutely understands how to build audiences through polarizing content and shock value. But at what cost? The societal-framework is being destabilized as some of these characters and media houses pursue ratings. Broken families, shattered dreams, bastard kids, financial ambiguity and long term cultural deficiency is making Kenya lose its identity.

It is not a coincidence that Caroline Mutoko chose to give prominence to two commercial sex workers. One is a hippy socialite who hosts events and the other absconded a massive bill at a 5-Star Hotel in Nairobi, only to be taken under the Radio Africa fold as a presenter. What a travesty! This was not by accident but by design, meant to send a clear signal that prostitution can be mainstreamed and accepted as a normal way of life in Kenya. That a whore can be a respected figure in society.

Let’s change the narrative. Because not all women are prostitutes, not all women solicit MPESA from men and not all women want to adopt children and live single, lonely, hopeless, pathetic lives thinking that money will buy them happiness. We are African at the end of the day. We pride ourselves in cultural and moral values beginning with the family-unit. The apathy that mainstream media faces today in Kenya is drawn from the acts of such a demented lot of figures, who want to introduce a way of life that is not ours.

Let’s rekindle those days where there was no cross-generational sexual intercourse. Those days when HIV prevalence rates were low. The era where people didn’t live beyond their means. There was no pressure to impress.

We now want to kickstart this movement that says no to the ways of Caroline Mutoko and Maina Kageni. Say no to extortionist women who solicit for MPESA hiding behind their feminism. Let not those few lazy women programmed by delusional radio hosts taint the image of the vast majority of Kenyan women who want to make something out of themselves. The new Kenya has no space for Mutokoism or Kagenism. That’s the past.