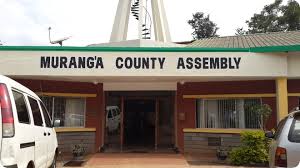 The Murang’a county education board is divided over what a section of the board members term as illegal levies. The board whose secretary is Mary Gaturu who is also the Murang’a county director of education is sharply at variance over the proposed illegal levies.
Gaturu who is alleged to have perfected the game of armtwisting fellow board members as she threatens those opposed to her demands for illegal levies is now said to be feeling the heat.
The bone of contention is a demand by Gaturu that all school heads remit Sh100 per student for the county education board fund. This illegal demand is contained in a letter dated November 11 2014 (Ref. M’NGA/CTY/GEN/74/Vol 1/82) signed by Gataru and addressed to all secondary school principals and copied to subcounty directors of education and district Kenya Secondary Schools Heads Association chairman in the county.
The letter reads in part: “The county regional levy of Sh470 per student shall be payable to Muran’ga County Secondary Schools Heads Association activity fund, the county education board levy of Sh100 per student shall be payable to county education board fund”.
Investigations now reveal that a majority of the board members are opposed to the Sh100 levy which if remitted from close to 100,000 students in Murang’a county amounts to Sh10million.
We have established that the board which comprises of nine members is sharply divided over the fund. The board members are representatives from Knut, Kuppet, representatives of primary and secondary heads associations, representative of TSC, association of parents, Public Service Commission, persons with disability, NCCK and the catholic church.
Already, a number of MPs and political leaders from Murang’a county are opposed to this illegality which they say will stress and burden parents. MPs Jamleck Kamau and Alice Wahome have come out strongly to oppose such levies saying they are a burden to parents.
School principals are also totally opposed to this levy saying already, they are funding almost the same activities and functions in the budget and that such levies should not be sourced from parents.
Investigations further reveal that the principals and other board members are now demanding that the money should be accounted for as there has been no transparency and accountability in the administration of the fund.
Sources say the Murang’a county education board meets only four times in a year and have been holding their meetings within Murang’a town government offices boardrooms and that there are no expenses incurred apart from allowances for the nine members, refreshments and lunch sourced from hotels within Murang’a town through outside catering.
The cost of holding one meeting is not more than Sh80,000 meaning four meetings can only cost a maximum of Sh360,000. The big question is where the balance goes and why it has never been accounted for or reflected in the books of accounts. The account has never been audited and one wonders why parents should be forced to finance a government agency or organ like the education board. Principals now say that parents should not be used to fund a government entity.
It is also important to note that the board does not even have a permanent secretariat or staff to pay salaries or incur on recurrent expenditure. The principals are now demanding that before they are forced to ask parents to make the Sh100 per student, there should be proper structures and guidelines and approved budget as well as transparency and accountability of the fund.
The union representatives now demands that the illegal levies be scrapped as they are a burden to parents and that has affected transition rate in Murang’a county.
We have also established that principals are under serious intimidation not to query on the said levies and for fear of audit victimisation. It is said the principals who attempt to challenge the legality of such levies are threatened with serious audit queries to silence them. There have been cases of principals who have been fixed and subjected to audit threats by the ministry auditors.
At the subcounty level, DEOs are used to call individual principals to submit the levies failure to which they are threatened with unspecified disciplinary measurers. Also subcounty directors are used to intimidate principals who refuse to comply.
One such director is Lucy Irungu of Gatanga subcounty who on November 24 2014 wrote a letter Ref Gat/Edc/Adm003 addressed to all secondary school principals instructing them on how to disburse the collected levies. The letter reads in part: “County education board levy of Sh100 per student shall be payable to county education board fund account”.
Gaturi who brags to be connected to top government officials is now facing a serious rebellion from principals who have vowed to take the matter with Education cabinet secretary Jacob Kaimenyi for intervention.