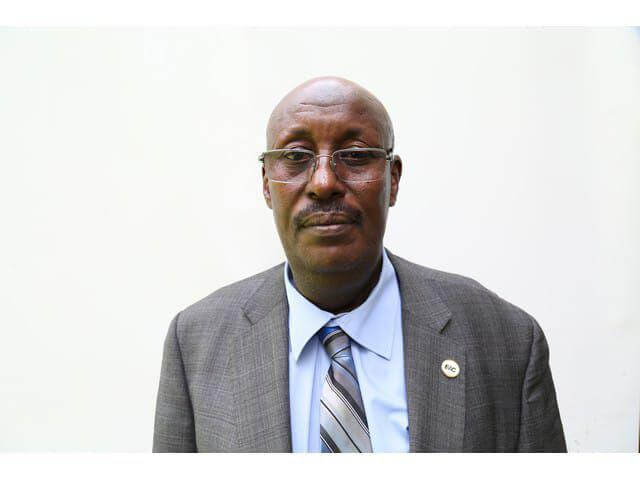 A source who sought anonymity has reached CNYAKUNDI.COM with an intriguing revelation involving EALA MP Adan Mohamed Noor where he is heard begging for sexual relations with a girl young enough to be his granddaughter.

In the audio, Mr Adan Mohamed is heard asking to meet the girl t a hotel in Nairobi. The girl responds and says that if she is to meet him then it must be at a public venue to which the MP cheekily laughs and says he prefers a secluded place where the two can get comfortable.

According to the screenshots, the girl was trying to find a job for her older sister but the MP wouldn’t give her one without having to spread her legs.

The culture of sex for jobs is worryingly on the rise in Kenya and the decency of acquiring a job through one’s qualifications is slowly fading away.

Here are the screenshots and audios. 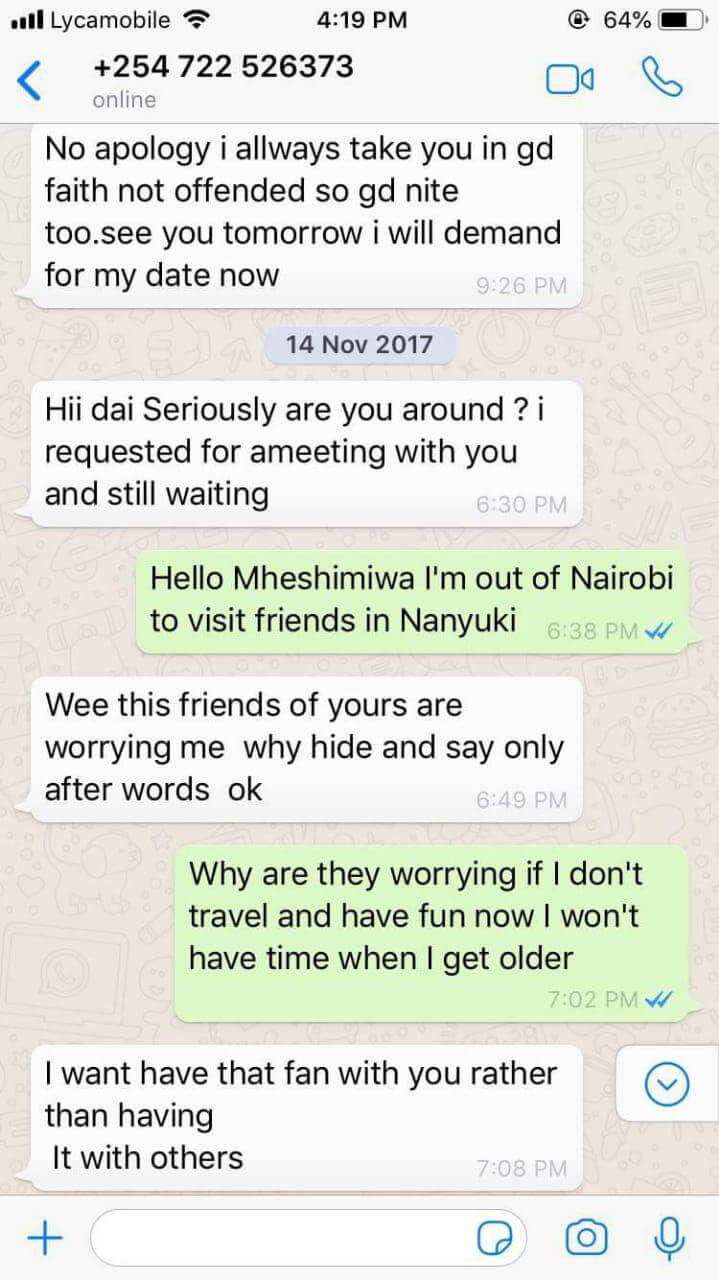 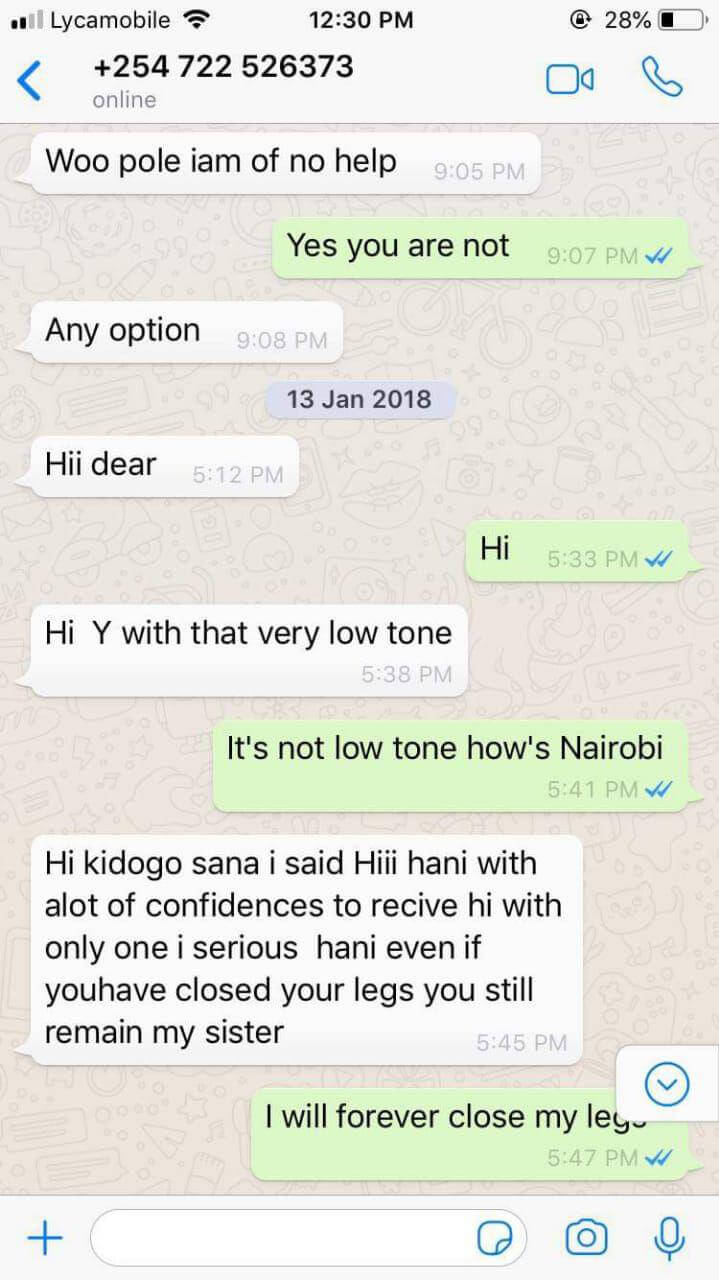 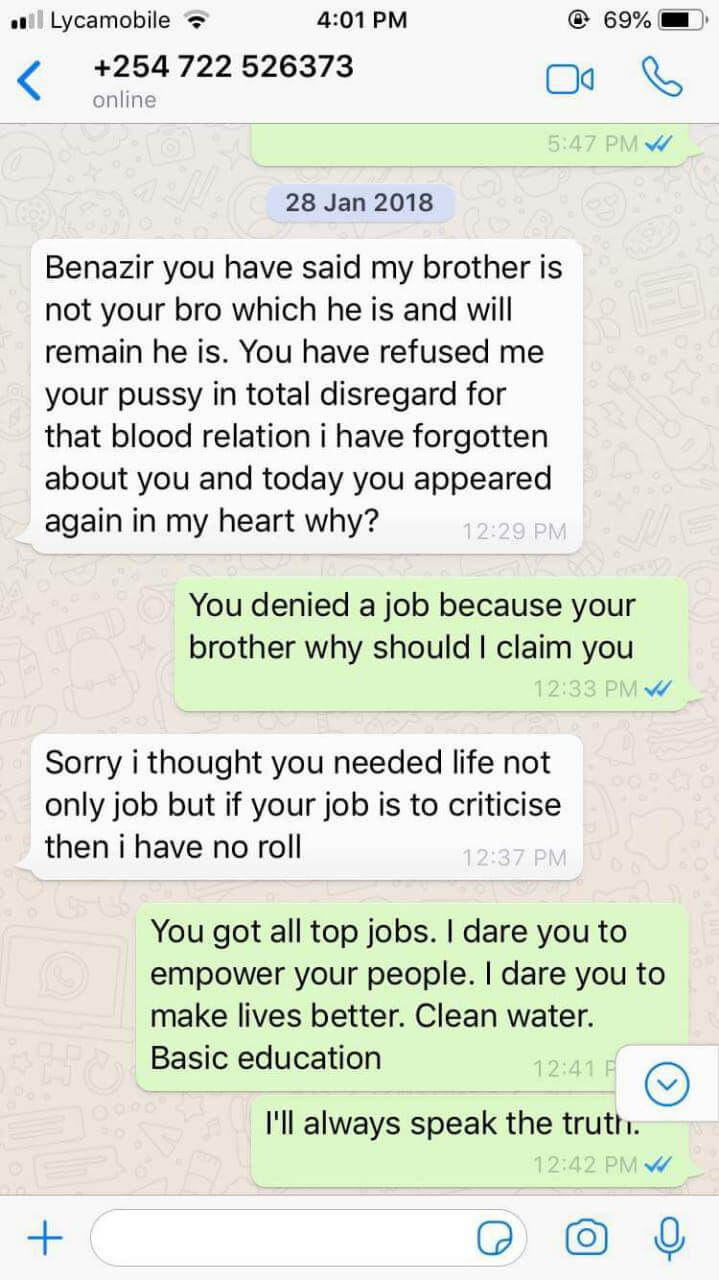