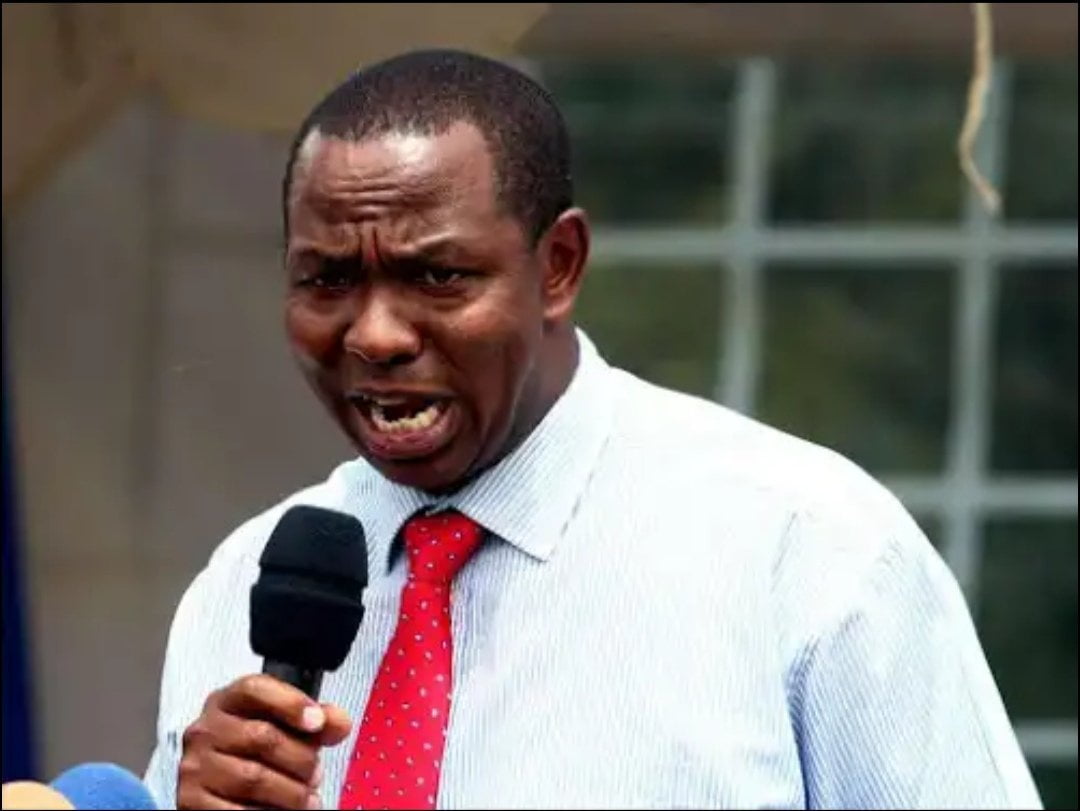 According to the survey that was concluded recently by a reputable government institution, Laikipia County was ranked among the ten poorest county.

The present governor Nderitu Muriithi, who was elected as an independent candidate is too weak that he can’t face the people who elected him.

He has perfected the art of avoiding and manipulating the public during public participation.

He is even afraid of the elected assembly; so he has enlisted criminal elements to do the work of the county assembly, am not sure how many laws they have manipulated but I have evidence how the liquor licencing act was altered and polluted with illegal amendments.

I suspect this a clever way of plundering the fund collected under the act which runs into hundreds of millions since there’s a possibility of Courts declaring the act unconstitutionally enacted.

By issuing bar operator’s licence that aren’t properly protect by laws, the Governor is exposing the population to real danger. It is like giving unlicensed weapon to the manufacturer of substandard alcohol, they can easily escape offences under the act which are very punitive to businesses.

The pictures below shows the difference between what was passed by the county assembly Hansard and what was published in the act; both documents are supposed to March word by word. 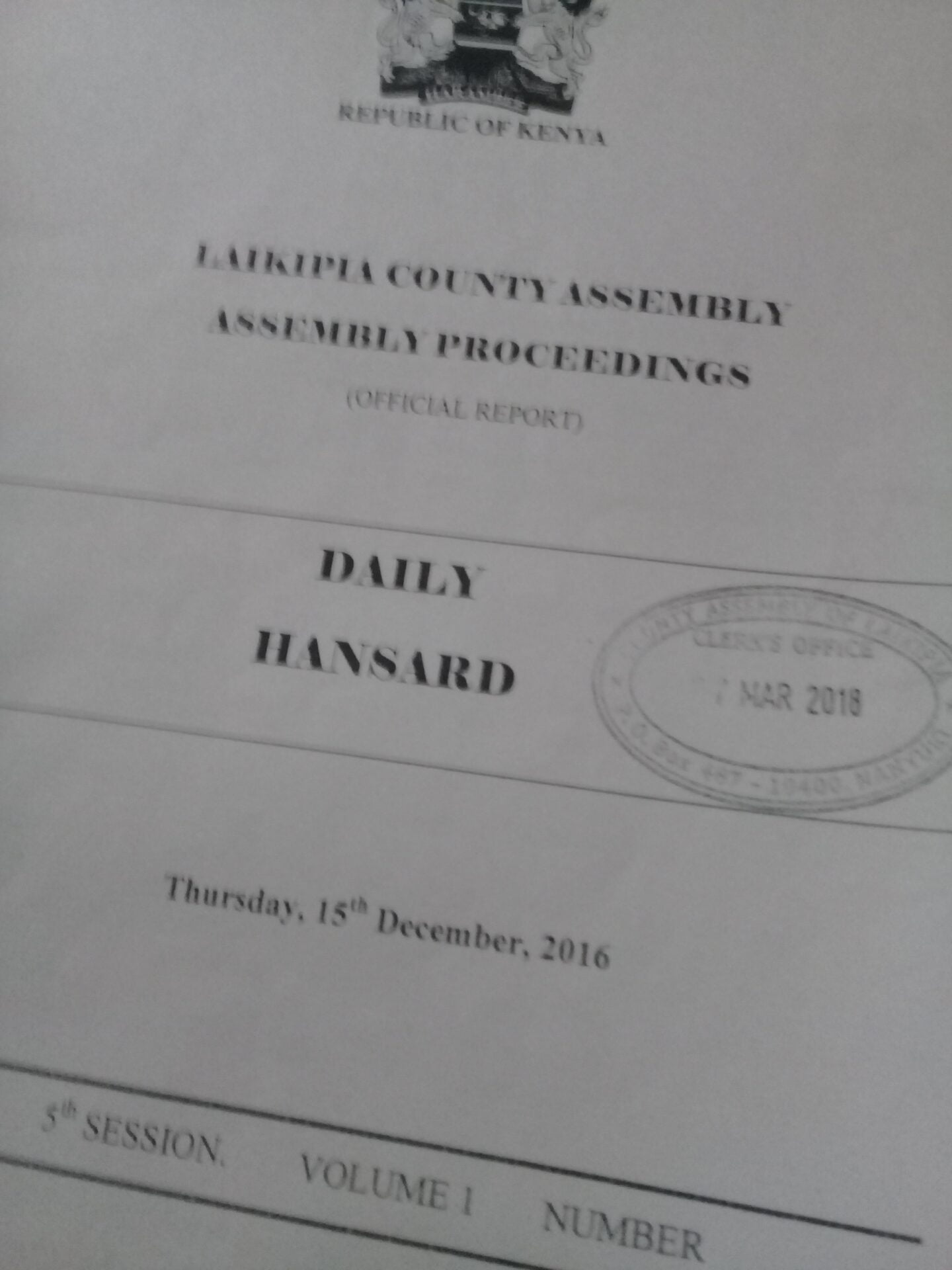 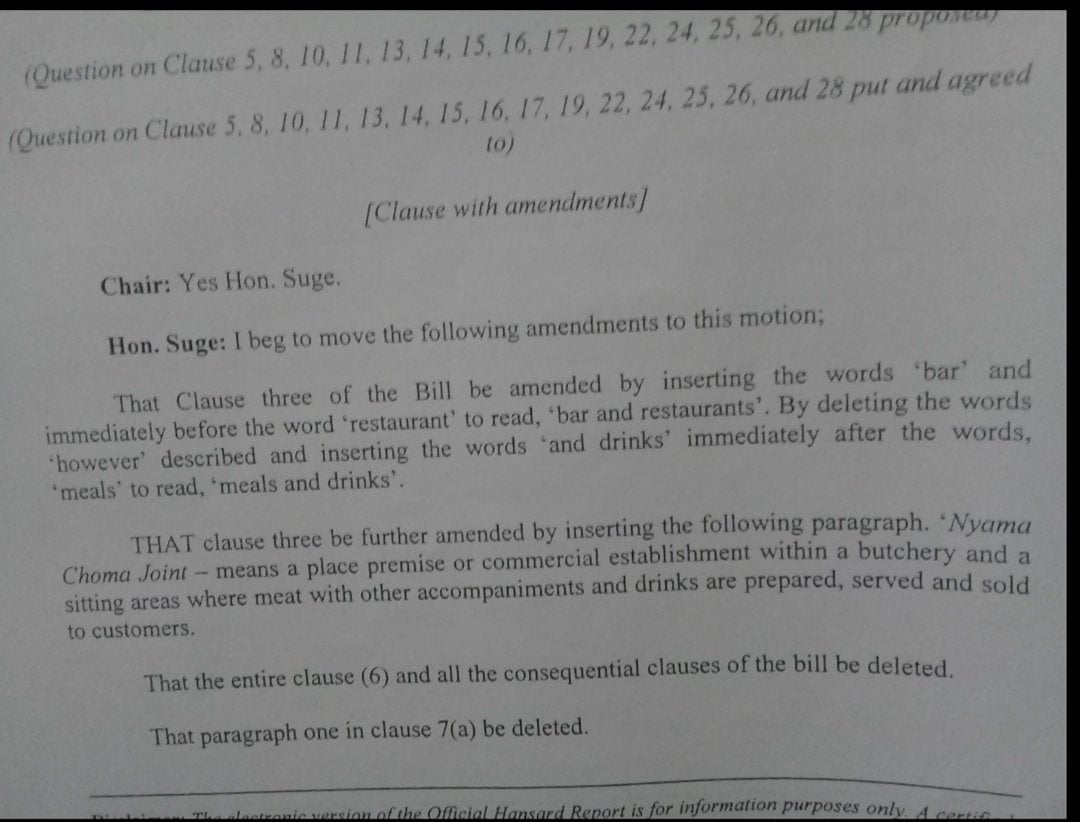 The Illegal one where some words were inserted 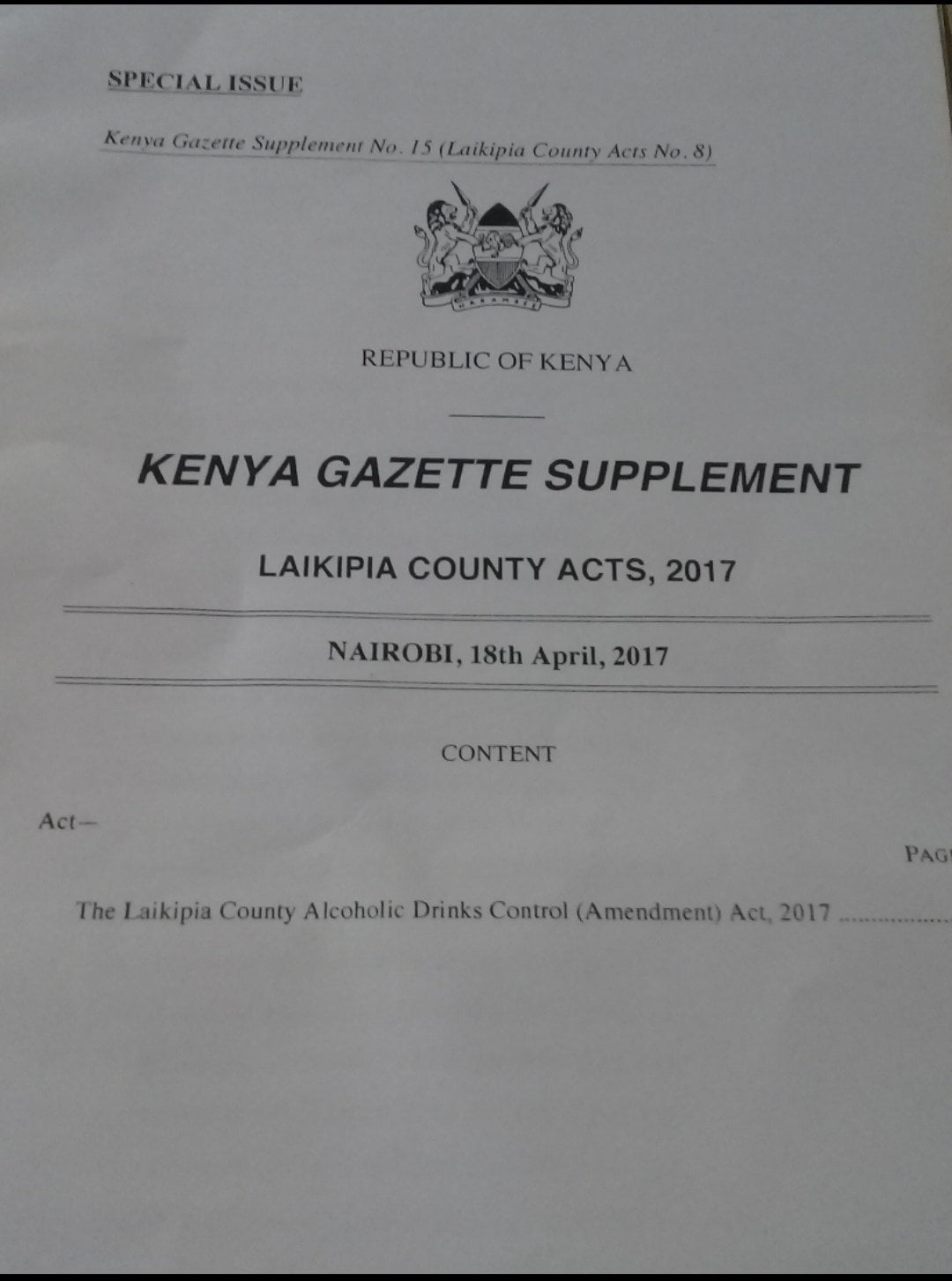 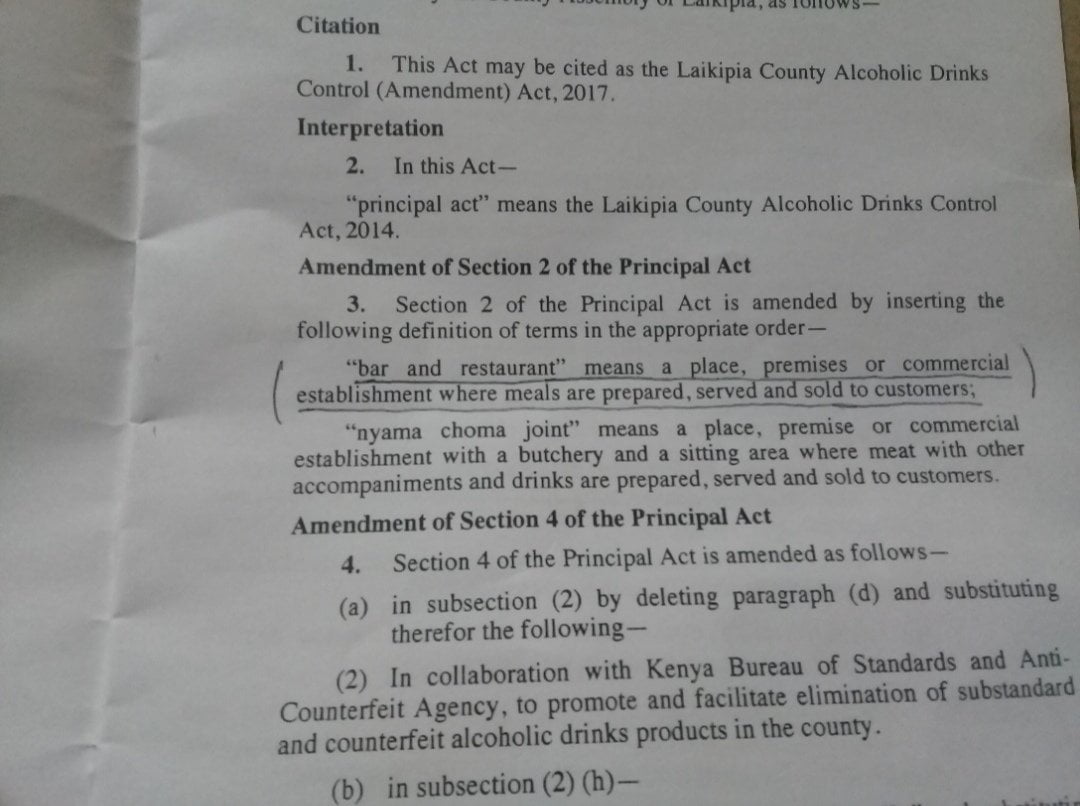 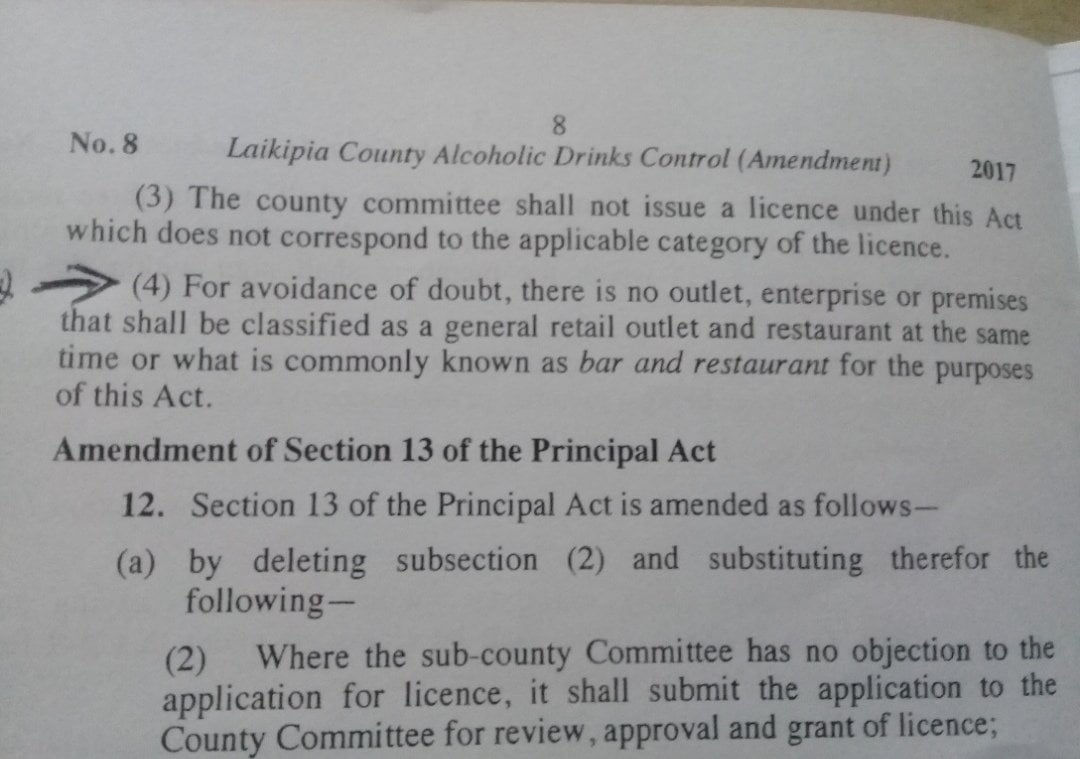