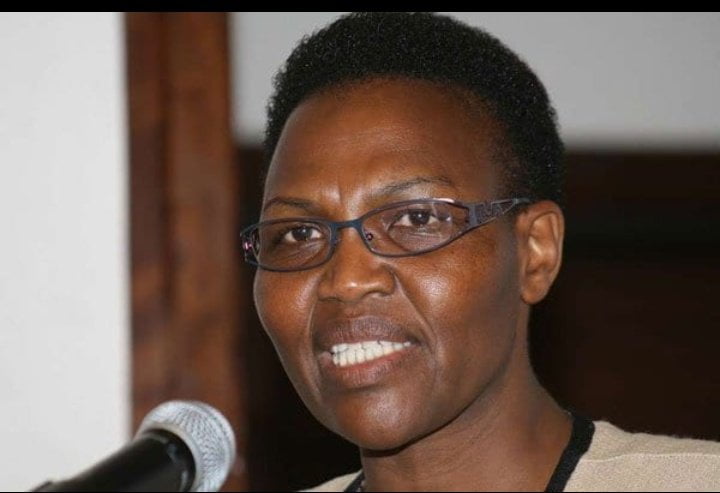 The Kenyan government through the PS for foreign affairs Ambassador Kamau Macharia yesterday responded in the most cold-hearted way that Kenyans will not be evacuated from China since “ndege sio matatu”.

Cnyakundi.com has received details from Kenyans living in COVID-19 -stricken China about the suppression of Kenyans wishing to come back that is currently going on in that country.

Several Kenyans are being tracked down by the Chinese police because they’re planning to go for help at the Kenyan embassy in Beijing tomorrow.

Several of them had police knocking at their doors last night and today, ata wengine wameshikwa, quarantined or their plans suppressed. The policemen have all their details including tel numbers and passport details as well.

Quite a good number of us have had a few calls from the Chinese police.

Our aim of going to the Kenyan embassy in Beijing is to get evacuated to our motherland Kenya.

We have faced racial discrimination, evicted from our apartments, forced quarantine from our homes and even some saying we (Africans) are the Covid-19 carriers.

I have heard reports that the embassy is now surrounded by policemen.

Many Kenyans at home have called on the government to evacuate their sisters and brothers that are stuck in China but months have passed and the Kenyan government is still adamant and indifferent to those calls.

A document allegedly sent from the Kenyan Embassy to Kenyans living in China is even more chilling.

The document shows that the more than 3000 Kenyans residing either for work or school in China are on their own. It states that the embassy of Kenya in Beijing is aware that some Kenyans have planned to protest at the Embassy calling for evacuation.

those planning such a venture risk exposing themselves to full implementation of the law.

The embassy warns that those planning to do so were violating the laws of China and would be dealt with thus.

Instead of offering solutions, the document reiterates that diabolic and uncaring statement by Kamau Macharia. It states; “The Kenyan Government does not have plans at the moment to evacuate its citizens due to the prevailing conditions and subsequent closure of air traffic and closed borders. Besides the current problem is spread across the globe and it would not be feasible to undertake an evacuation exercise of global magnitude. Therefore, we would like to advise you to desist from such planned protests, until the situation in the globe normalize and people can travel to destination of their choice”.

Many Kenyans in China are now at of jobs as the country enters a racist phase.

Most of the time, when white or brown governments face problems, they usually deflect the heat from their people by blaming people.

We’ve seen that in the few psst weeks, the decision not to hold the Olympics in Japan was blamed on Africa, a continent with less than 1000 deaths.

Chinese Communist Party has done it by turning the attention of people from Covid-19 crisis to hate for the black race.

Even as Kenyans cry for help to be brought back, the government remains aloof.

Where are the billions that have been donated by World Bank, WHO, salary cuts etc?

As at now, 225 cases of coronavirus have confirmed in Kenya, of those, 63 cases have been closed (53 recoveries and 10 deaths).

Today, Kenya received more donations in the fight against the disease. The consignment of surgical masks, gloves, face shields, gowns are donations from China, Germany and France through the World Health Organization (WHO).

Kenya Airways has fuel to export fresh produce to London but no fuel to evacuate stranded Kenyans in China… Then they will post a net loss of 50 billion the end of the year https://t.co/WPTNakykiR

In this article:coronavirus, Covid-19, Sarah Serem