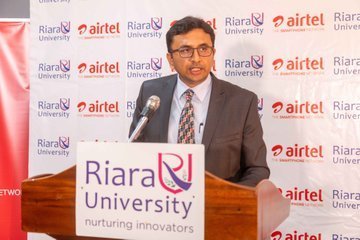 In the morning, this site exposed the corruption to do with employment of foreigners by Scan Group.

New information shows there an even bigger scam.

Other employees have confirmed what we wrote through a plethora of information that has reached our chief editor.

The new information involves Airtel and Scan Group deals where Airtel has already signed a contract to carry out adverts for Scan Group.

The worse thing about this is that some local firms are preparing to pitch to Airtel in order to try to win the tender hoping to win.

Well, the deal is done.

The illegal aliens (Indians) working at Scan Group are said to be chest-thumping saying that they aren’t goung anywhere, that they already have a contract to execute.

This is wrong for Airtel and Scan group to close deal behind the scenes and still invite pitches from other agencies knowing very well wanafanya kazi bure.

If you are working at Airtel or Scan Group and are tired of the corruption going on there, send information to [email protected] or WhatsAPP 0710 280973

In this article:AIrtel Kenya, Scan Group