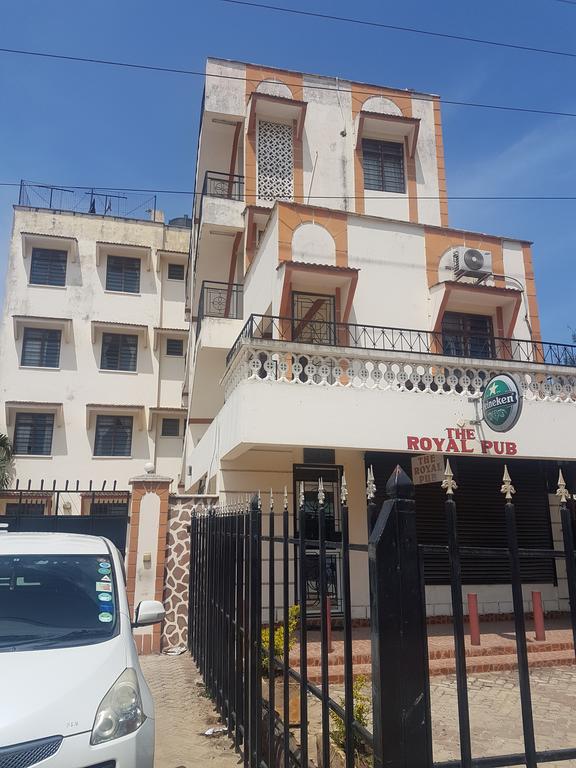 On Friday 29th March, 2019 at around 9pm, I in the company of a relative checked into the facility and parked our car with the help of the hotel’s security guard who reassured me of its safety. After securing a room, we then head to a nearby restaurant for supper. This takes approximately 2hrs up until 11pm when we retire to Royal Comfort Hotel for a night’s rest. Reaching the hotel, I notice an available indoor parking slot and reach for my car to park it there. This was the beginning of my nightmare at the facility … one thing conspicuously strikes me, the missing new spare wheel in its cover . I then raise alarm to alert the security guard of the theft.

The shaking guard vehemently denies the fact that it had been stolen while parked at the spot insisting that he was present the entire time keeping watch of the parking area. I then decide to seek assistance from the hotel’s management through the receptionist who directs us to the supervisor. To cut the long story short, we don’t get much help and are forced to wait for the manager named Mercy Mlaa Mobile No. 0721852218 who will report to work the next day. Apparently, the director ( who was consulted on phone) declined to speak to us and referred the issue to the manager.

Saturday morning we meet the manager who authorizes for retrieval of the footage from the only CCTV camera located at the entrance of the hotel. After reviewing the footage a number of times, she also denies the theft of my car’s spare on claiming that the video did not show the actual theft taking place. Sadly, my car was parked at a blind spot hence there was no clear recording of the incident. We have tried reaching the owner in vain since the manager has been of no importance to us but the staff there have persistently denied us access.

As I write this, the hotel’s management has not taken any responsibility neither are they making any effort to recover the spare wheel and its cover. From the little evidence I managed to gather, it appears that theft of vehicle spare parts is a common occurrence at Royal Comfort Hotel Bamburi. None of the people we spoke to including the neighbors appeared surprised at the incident.

From the CCTV footage, the security guard hardly spent 5 minutes manning the parking lot as he also acts as a messenger at the same time directing visitors to the hotel. We strongly believe that this is an inside job and that’s why they were quick to distance themselves from the case. Besides, there is no serious investigation into the incident, not even an apology has been issued as at now.

Saturday morning, I check-out a dejected client who will NEVER set foot at Royal Comfort Hotel again. I have decided to expose the facility so that no other innocent visitor will have to go through a similar incident. What kind of hospitality facility treats their clients like that in this century? Very unprofessional indeed!

In my opinion hotels have a general duty to exercise reasonable care for the safety of their guests’ property which clearly does not happen in this hotel. Anyone who loves and values their property should keep off from Royal Comfort Hotel Bamburi. Be warned and Thank me later.