Nana Gecaga is President Uhuru Kenyatta’s niece. She is also the CEO of the Kenyatta International Convention Centre (KICC).

This girl is very corrupt. Does corruption run in Kenyattas blood?

Below is her story of looting, mismanagement of funds and abuse of office as received from an anonymous source, who has reported her to relevant authorities.

First and foremost ask the academic qualification of Nana Gecaga, which she refused to reveal to the Auditor General when she was asked to produce her certificates.

Her certs are always under lock and key in her office.

Before her appointment at KICC, she was a ghost worker in a non-existent position, where she was earning a salary, allowances, and perdiem illegally without offering any services.

The CEO has also created a managerial position of a PA, and appointing a certificate holder, whereas the position required a Masters degree.

The said holder of the office (PA), uses her position to influence the CEO’s decisions and mistreat staff, thus questioning her integrity and ability to hold office.

With all this impropriety and mismanagement, the internal auditor covers for the CEO, while looking for flimsy allegations on junior staffs.

An anonymous report to the Directorate of Criminal Investigations (DCI), Ethics and Anti-Corruption Commission (EACC) and Director of Public Prosecutions (DPP) also accuses Ms. Gecaga of flouting procurement rules, overpayment of suppliers among other abuse of office charges.

For example, in a concert organised at the KICC (KICC hosted two American R&B Singers, SWV and Blackstreet boys) where Nana was like the chief marketer, she convinced the KICC to pay Kshs. 25 million stating that the concert would generate over Kshs. 45 million.

‘Not a single cent was generated’, the statement to DCI says

Never mind that he coerced KICC to use Kshs. 25 million; Kshs. 10 million above the allocated budget of Kshs 15 million.

This is a relathieve indeed.

She appeared before the the Parliamentary Committee on Tourism, Sports and Culture to answer to allegations of misuse of KICC and mismanagement of funds on Monday.

However, the legislators were forced to cancel the meeting because ‘she appeared unprepaed for it’.

Nana had walked into the meeting wearing casual clothes which angered the MPs.

Documents we received that have been sent to DCI, EACC & DPP: 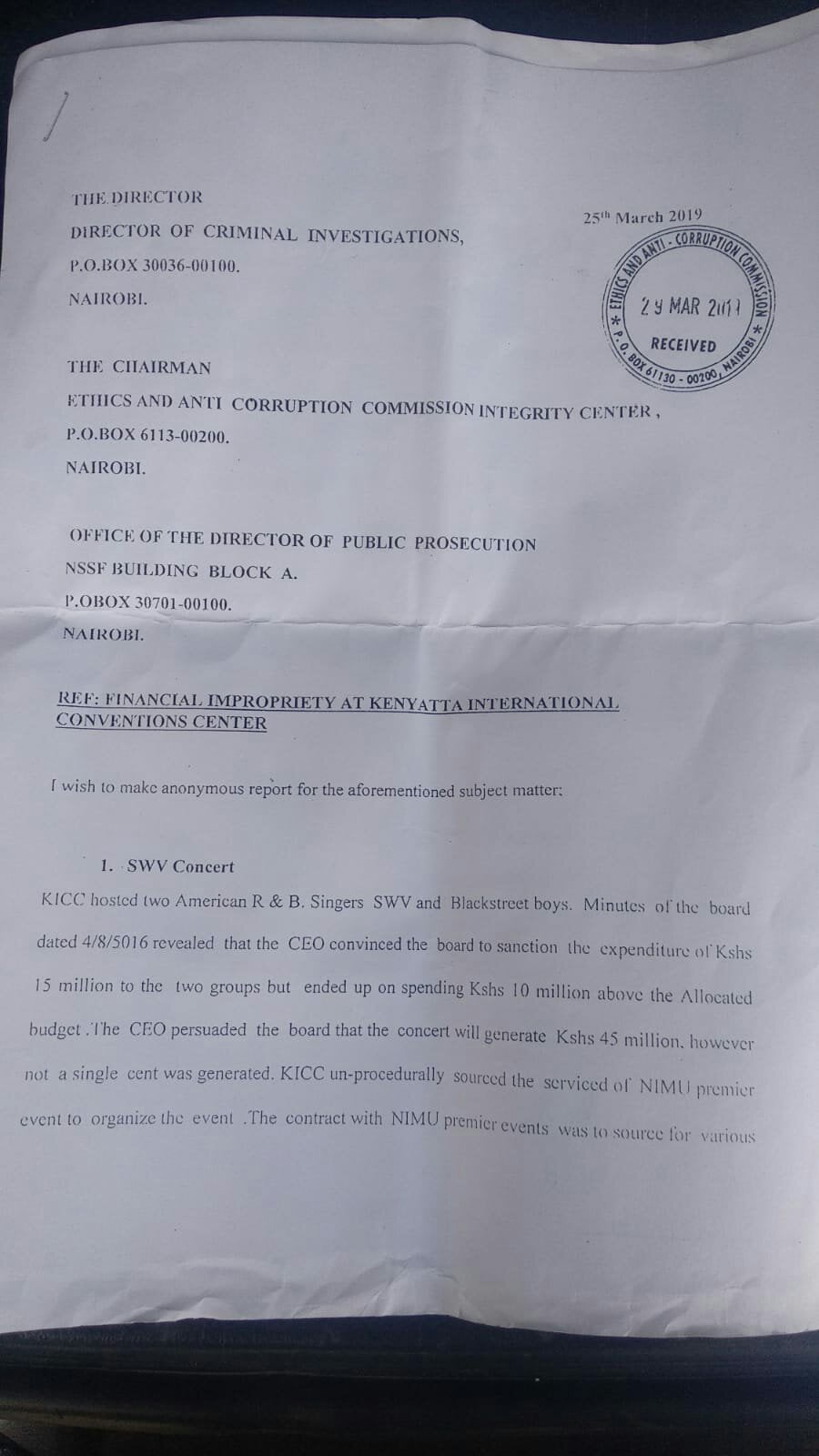 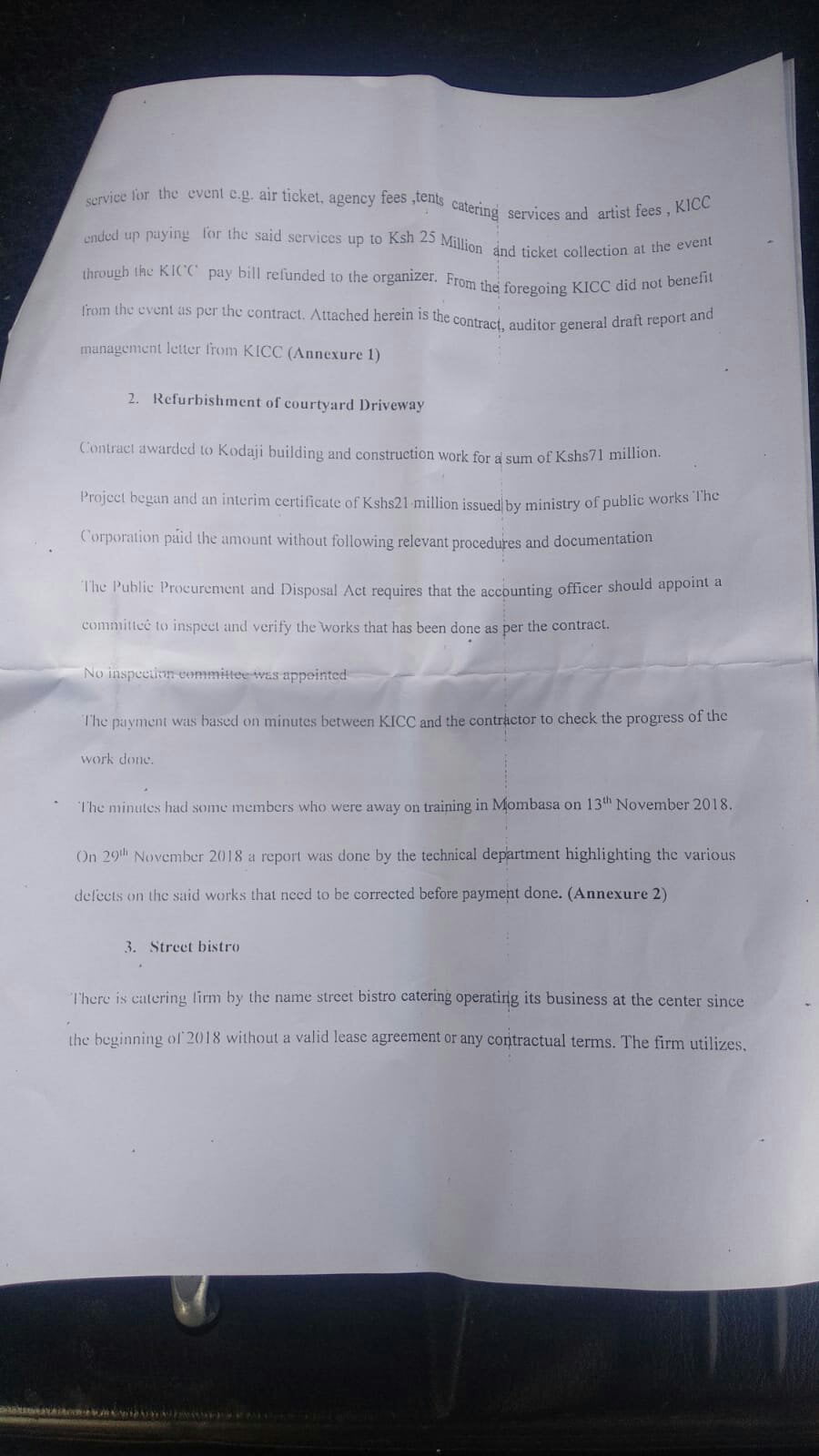 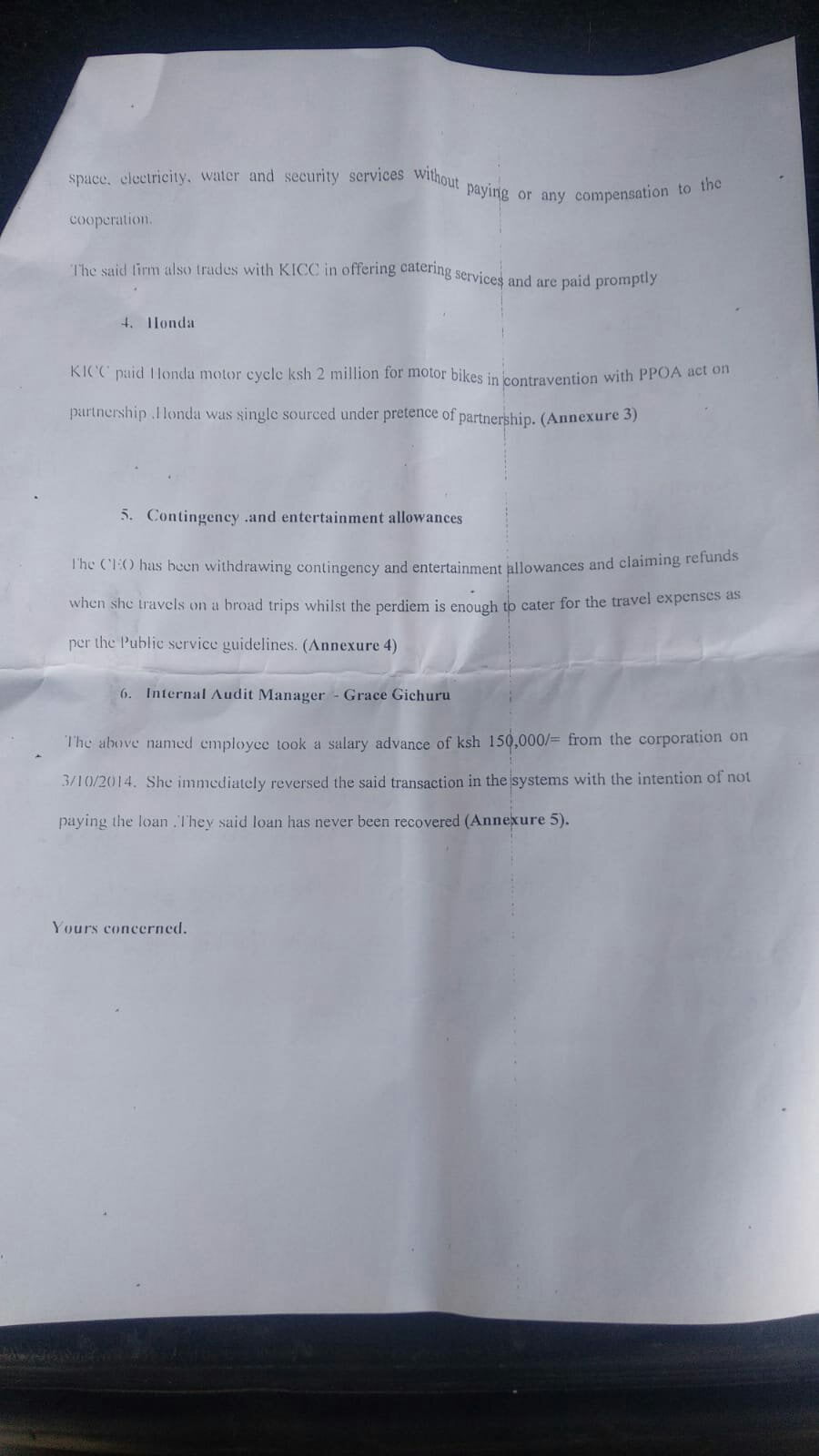 In this article:KICC, Nana Gecaga