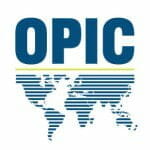 OPIC supports U.S. private investment in more than 160 developing and post-conflict countries around the world in products that produce important economic, environmental and developmental benefits. OPIC catalyzes revenues, jobs and growth opportunities from Europe to the Middle East, as well as Africa to Asia and Latin America. Projects range from those in the renewable resources sector to food, health, tourism, infrastructure, microfinance, financial services and technology and communications.

In this month’s edition of “Meet The Crook” we focus on John Paul Njoroge, a so-called real estate mogul.

JP to his friends and business associates, John Njoroge became the talk of town after his company, JNP Properties, was granted a $7.1 million (Sh 7.1 billion) loan by the Overseas Private Investment Corporation (OPIC) to put up 400 houses in Mlolongo. The project stalled midway. 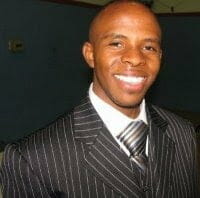 JP churned out thories that he went to the US in 1990 to study computer science at the University of Texas, and Thomas College in Maine. Fifteen years later, he lied to his friends and investors that he owns a personal jet and a ranch and the gullible Kenyans bought his cock and bull stories.

Three years into college, JP claims in some articles that he started a company that mainly bought and renovated apartments. Bribed journalists noted that “it was a giant step toward fulfilling a lifelong dream sowed while he was a 19-year-old -student at the Kenya Power & Lighting Training School in Ruaraka on the outskirts of Nairobi.” Bribed journalists can write anything as long as you pay.

JP’s story is more than visual. He goes ahead to claim that he started off with Sh6,000 of his personal savings in a six room mud-house in Mathare Valley, which he rented out, as his first investment.

“I remember my closest friends, including one who is now an MP, referring to me as a slum-lord every time I took the monthly dip to the valley to collect the Sh150 a unit rent from my tenants” Njoroge claims in his fake stories published by bribed journalists. Almost similar to the conman Heshan de Silva or Nairobi fake billionaire Steve Mbogo.

He paints a picture of a self-made investor and provides his local portfolio as including property in prime areas such as Redhill, Outspan, Spring Valley, Tigoni Villas and Loresho. Kenyans have become too gullible and will fall for anything as long as it has been written or covered in the mainstream media. Note worth remembering is that such shadowy self made characters can also easily self-destruct.

Moving on,  JP fronted an idea between 2004-2006 about this development of residential houses along Mombasa road – Jopa Villas and took 10% deposits from humble Kenyans, mostly based in the United States. It is also rumoured that he swindled many Kenyans here in the country using his fake stories and bogus plans. The project failed to be completed as according to court documents, OPIC didn’t send the entire loan borrowed as JP was not meeting his loan obligations.

Once the project started encountering delays, buyers started getting restless This has turned out to be a like a bad wedding. During the first months of the project investors were invited to the site and treated like royalty as they sat under white tents to shield them from the sun. The website (www.jopavillas.com) was updated regularly with pictures and emails signed by JP himself. After a bunch of excuses starting from Overseas Private Investment Company (referred to as OPIC hereafter) not releasing the funds to the slow process it takes to get clearance to build the project, JP run out of excuses. The project was underway but stalled after a few months and another email followed saying that the first phase was almost complete. People who visited the site saw a few houses all partially done. Families put their lifetime savings trusting that this project would be completed within the standard time it takes others of a similar size and style to complete, but JP and his people shafted the investors.

The truth is that JNP or Jopa Villas LLC is currently under receivership after the investor Overseas Private Investment Corporation (OPIC) successfully defended a suit filed against it by the conman John Paul Njoroge, in a case presided over at the Machakos High Court in 2008 by Justice Isaac Lenaola.

The case by OPIC was necessitated after it was discovered in early 2008 that JNP properties was not responding to calls or emails. Infact,  letters mailed to their Texas office were returned because they were never claimed. Therefore there was no office. This is what buyers of his project based in the United States and who had invested in JP’s fraudulent scheme did; since in the US, laws protecting investors are strict, they

3) and then later filed suits at US small claims court to recover deposits.

Surprisingly, in the 2007 General Elections, John Paul Njoroge vied for MP in Limuru under a New Ford Kenya ticket and gathered only 1,115 votes. Buyers are quick to connect the waning fortunes of JP’s company to his involvement in politics which must have gobbled all the money.

However, JP lives a lavish life in Kenya using the money he swindled diasporan investors, is a member of Vet Lab Sports Club and an avid golfer. His telephone number is 0722873939.

A little digging up has revealed that the Receiver Manager seems to have colluded with OPIC in a bid to quickly dispose off the 20 acres of land in Mlolongo, with over units some of which are 70% complete, in a near fraudulent sale last year, that was stopped by the High Court.

An “interested party” represented by a Mr. Gachoka had struck a deal between the Receiver Manager Harveen Gadhoke and Daniel Ndonye, two thieves who planned to under-sell the property hurriedly at Kshs. 845 Million yet there were competing offers valued at Kshs. 1.3 Billion.

The two crooks representing Deloitte, Kenya’s most corrupt audit firm, are also mentioned to the collapsed Kenya Planters Cooperative Union (KPCU). It was during Deloitte’s receivership that KPCU’s Sh800 million mill machine, the largest in Africa, vanished without trace. It is reported that the mill was sold to a competing firm, and monies shared between Deloitte directors, the two Receiver Managers and a Mr. Julius Muchiri.

Deloitte are thieves masquerading as an accounting firm. But their corruption cannot be covered by mainstream media as they often pay out heavy bribes to journalists and editors of leading media houses like Business Daily (Nation Media Group), Capital FM and Royal Media Services.

It is this unholy union between corporates and mainstream media that poses the biggest threat to Kenya, as we have come to discover that corporate fraud is more rampant and cleverly disguised with the most recent case being that of National Bank of Kenya (NBK).

Word doing rounds is that Central Bank Chairman Mohammed Nyaoga was bribed by the board members of National Bank, and has been interfering with the Governor Njoroge’s mandate.

Since we already know that mainstream media is already pocketed by Deloitte and it’s vested interests, kindly share this article far and wide and see action taking place.

Anyone with more information on this and other frauds, kindly email us at [email protected]