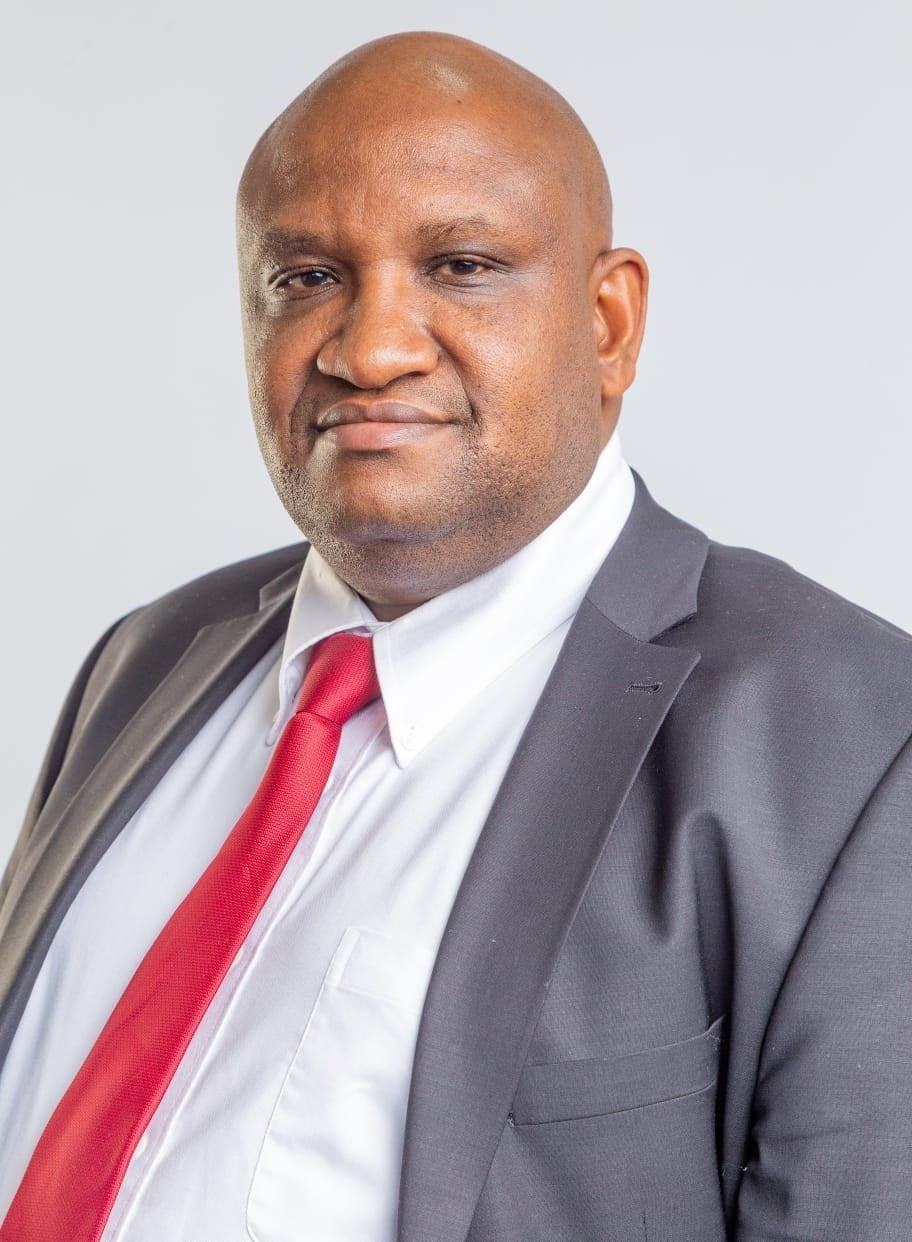 When 75 KRA staffers mostly from the domestic tax department, and customs and border control were arrested for allegedly facilitating tax evasion after being under covert watch for four months involving trailing their money and communication (wiretapping), Kenyans believed that the government was keen on its war against corruption.

However, a few days after their dramatic arrests the court through Justice Luka Kimaru freed them on Sh200,000 cash bail each.

No arguments from the Directorate of Criminal Investigations (DCI) who asked the court to detain the suspects for 21 days could be heard.

If the government and KRA were truly committed on the fight against corruption then there was no way almost a hundred people who were accused of theft, cheating in the declaration of return, corruption, collusion and soliciting bribes from tax cheats could be let free.

What sort of corruption purge meant to plug leakages that cost the country billions of shillings in tax revenues were these arrests targeting?

Detectives spent taxpayers money for investigating the practices of these individuals which included facilitation of fraudulent clearance of cargo, fraudulent amendment of tax returns so as to help taxpayers evade taxes and the irregular issuance of Tax Compliance Certificates yet they were all set free and nobody has dared to follow up.

Remember these were senior and middle-level management and between 80 – 62 were in the domestic taxes department and 18 in customs and border control. 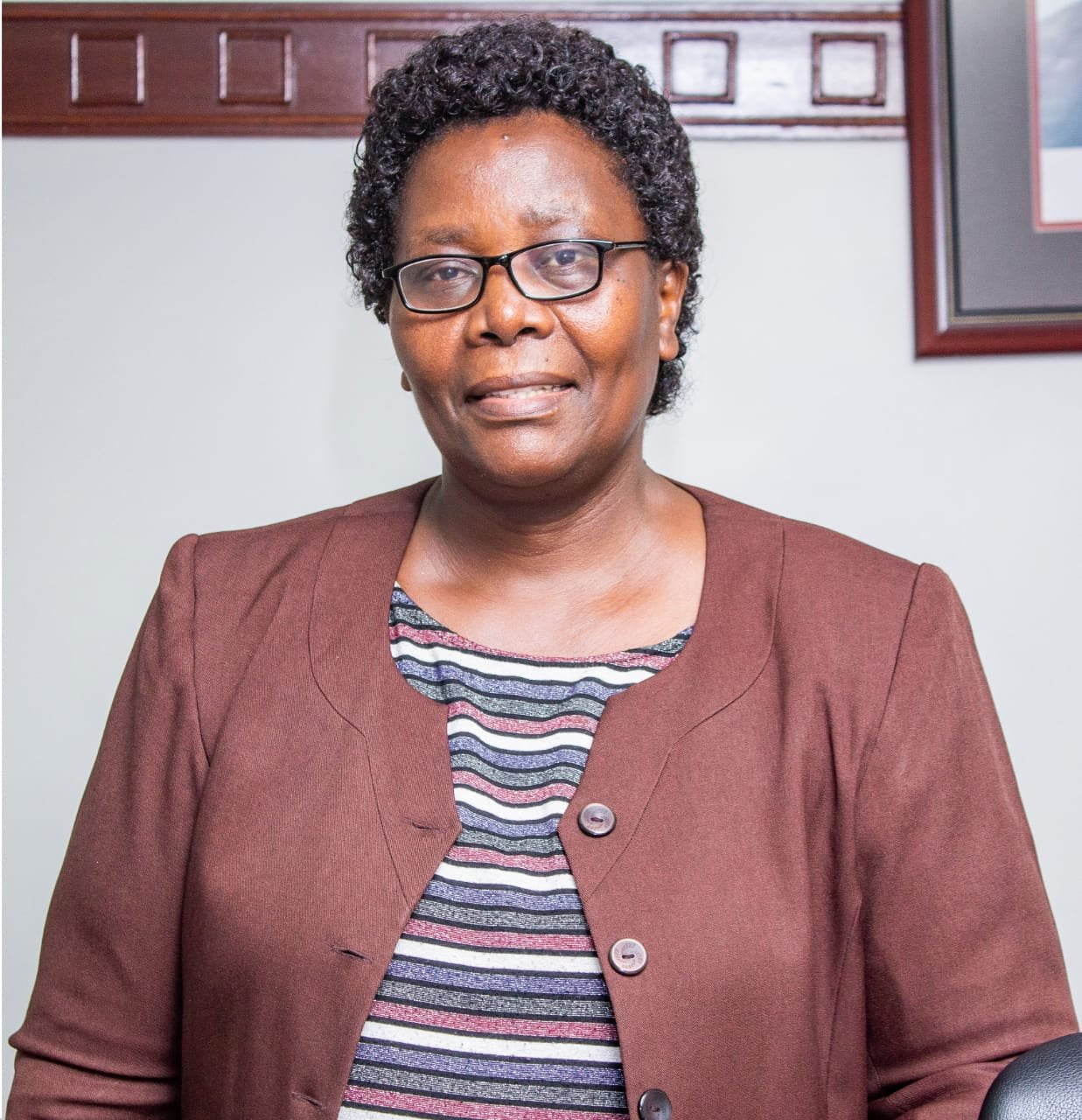 The most affected docket was that of Elizabeth Meyo, the Commissioner for Domestic Taxes as more than three-quarters of the KRA staffers arrested were from her department.

Mrs Elizabeth Meyo joined KRA in 1996 as an Assistant Inspector in the VAT Department. She was transferred to the Customs & Excise Accounts Division as a senior accountant the following year. She would then serve in different capacities at the VAT Department until 2004 when she was appointed Acting Deputy Commissioner for Strategy and Projects. In 2005, she was confirmed as Deputy Commissioner in Domestic Taxes and from 2005-2018, Mrs Meyo headed different functions in the Domestic Taxes Department, among them Compliance Operations, Large Taxpayers Office (LTO), Central Regional Manager, iTax Data Migration, Public Sector Division and Nairobi & Regional Operations. Before she was appointed Commissioner for Domestic Taxes in April 2019, Mrs Meyo was the head of the Sameer Park Tax Service Office. So this was a familiar area.

Those close to her allege that the arrest of KRA staff came as a shock to her prompting her to use her influence to ensure that her Juniors were released. A source told the chief editor of this blog that during the arrest period, Mrs Meyo would remain in office past midnight, had no time for her family and could not even return calls, messages and emails.

Mrs Meyo was overheard telling some of her close allies that the majority of those arrested were individuals that she personally recruited. They purely get instructions from her. Were these individuals aiding tax evasion on behalf of her?

Elizabeth Meyo is said to be connected with the Odingas and the Kenyattas. She, in several occasions, have personal talks with opposition leader Raila Odinga. A source who did not want to be mentioned on this blog due to sensitivity of the position he holds said it’s Raila Odinga who saved her when KRA staff were arrested.

Another source confirmed that it is Raila Odinga who protected her as the Kikuyus were almost sending her home from the lucrative position she holds at the KRA since her docket is one of the pillars of KRA. Remember, Commissioner Meyo is the only Luo in top position at KRA.

The other docket is the Kenya Revenue Authority Commissioner for Customs Kevin Safari who is having another active case to answer the Directorate of Criminal Investigations (DCI) after a company linked to Baringo Senator Gideon Moi, Mitchel Cotts, acquired a tender to construct peripheral cargo storage facilities on behalf of Kenya Ports Authority (KPA) next to the Inland Container Depot (ICD) in Nairobi.

Safari appeared before the agency for grilling where he defended himself saying,
“It will be good to note, however, that the role of issuing contracts for the peripheral storage facilities is a KPA role. KRA only inspected the facilities before they were commissioned, as required by law,” 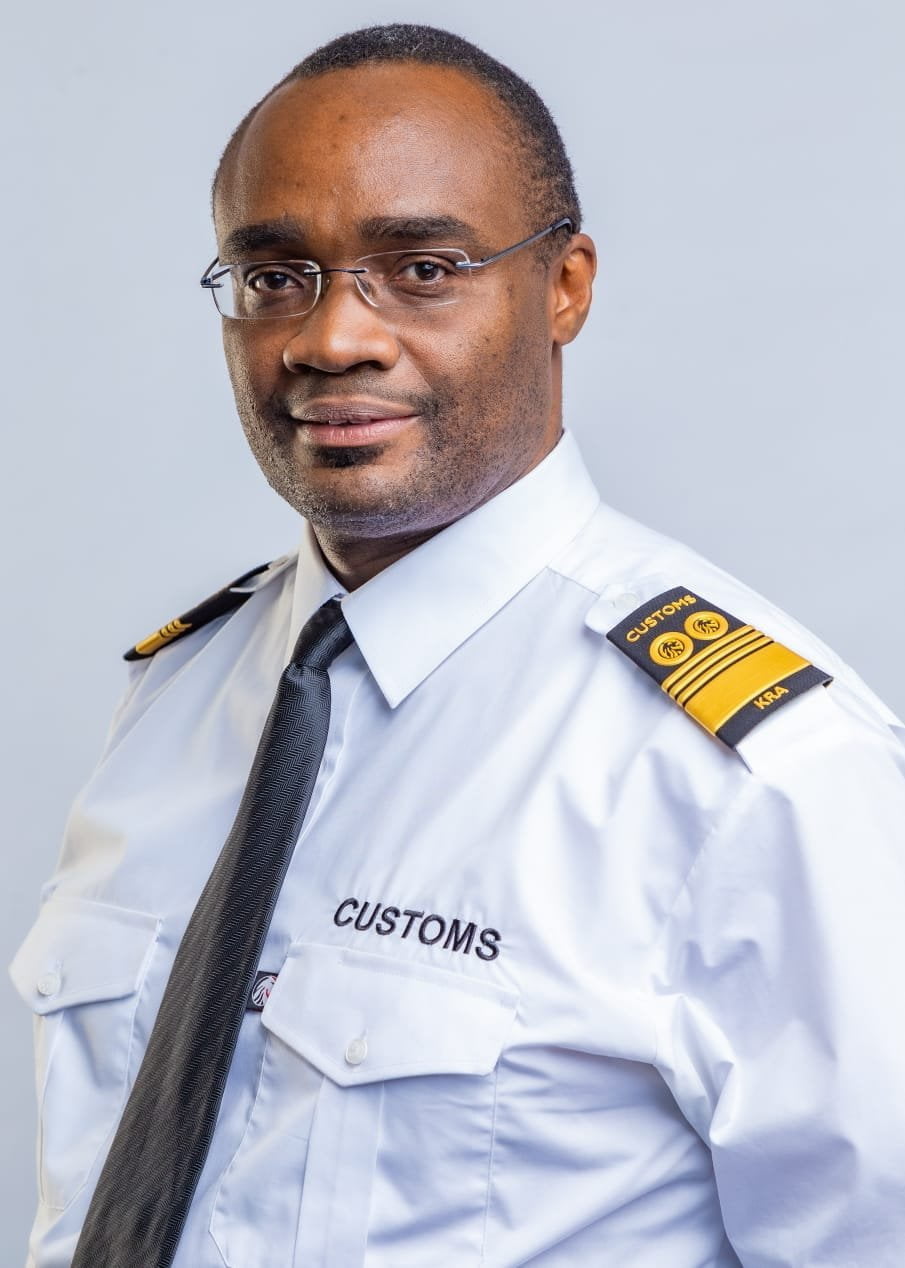 What is now surprising Kenyans is that even the tough-talking DPP Noordin Haji who had claimed in a statement that “By their criminal conduct, they have betrayed the public trust and KRA” is silent over this matter. Not even the DCI who has been praised both internally and externally has dared to face them head-on. They can follow Governor Mike Mbuvi Sonko till Voi but fail to visit Times Towers located just a few distances from their work stations.

Were it not so, the KRA staffers would be in custody and even the Commissioners in charge of the various Departments affected would have been arraigned in court and charged. Who silenced the DPP, DCI?

It is now clear that the drama at the KRA headquarters ahead of the appointment of the KRA’s new commissioner General James Githii Mburu, according to sources, was a well-calculated move to see Mburu replacing Njiraini as KRA Boss.

Sources claim that James Mburu solely orchestrated the arrests to see himself replace John Njiraini who is said to be his relative.

“Some senior officials supporting James Mburu wanted to please the powers that be and so they wanted to be seen as a performer. It was for this reason that they choreographed the arrests of their juniors so that Mburu could be seen as a suitable candidate to replace the outgoing commissioner-general,” A source revealed.

It’s no doubt that as Commissioner of Intelligence and Strategic operations for over 2 years starting March 2017, James Mburu had powers for intelligence management, corruption investigations, cyber surveillance and local and international tax information exchange but what did he do with powers?

Mr Mburu only went for companies that had no godfathers such as busting the tax evasion scheme by Chinese building materials retailer Housemart, exposing the former Nairobi Governor Evans Kidero and his advocate Professor Tom Ojienda over multi-million tax evasion cases, and going for billionaire Humphrey Kariuki’s Thika based Africa Spirits business and his drama ends there.

A source familiar with his dealings claims that Mburu should be the last person to talk about corruption and tax evasion, that the KRA Boss only goes for those not ‘cooperating’ thus the saying “He who comes into equity must come with clean hands”.

“You remember the case of a fraudulent deal in a letter he wrote to the Managing Director, HI-Plast Ltd?” The source paused.

There is a general feeling that the taxes collected in Kenya are being misused by a few individuals including the KRA staffers.

Going by the resentments especially from juniors who feel betrayed in the recent swoop, the commissioners are fully involved in this racket.

In a statement released by the commissioner of investigation and enforcement department David Yego in October 23, 2019, KRA comfortably skipped the cases to do with their in-house arrests only to hoodwink Kenyans that they are doing well by purportedly arresting fresh suspects over tax evasion amounting to ksh1 billion.

He went on to say, “The two are accused of making sales of Kshs. 1 billion between the years 2013 and 2018 but declaring nil incomes for all the years of income. The arrests followed lengthy investigations carried out by the Authority.”

He further noted that the two suspects would be charged for failure to submit returns by due date and failing to pay income taxes of Kshs. 660,774,654 by making incorrect statements affecting tax liability in relation to personal and business income. And also, one of the directors Abdisalam Abdullahi Gedi was to have an additional charge for failing to submit tax returns for the years 2014 to 2018 and also declare and pay Kshs. 96,608,480 in taxes.”

It’s astonishing that David Yego and his team could comfortably go for a case that happened between 2013 and 2018 in the pretext of embarking on aggressive tax compliance strategy when their own over 75 staff were arrested and charged in court and nothing has been done to them. Not even the 32 officers from KRA’s Domestic Taxes Department, 15 from the Customs and Border Control Department and one from the Investigations and Enforcement Department who were on the run were arrested. 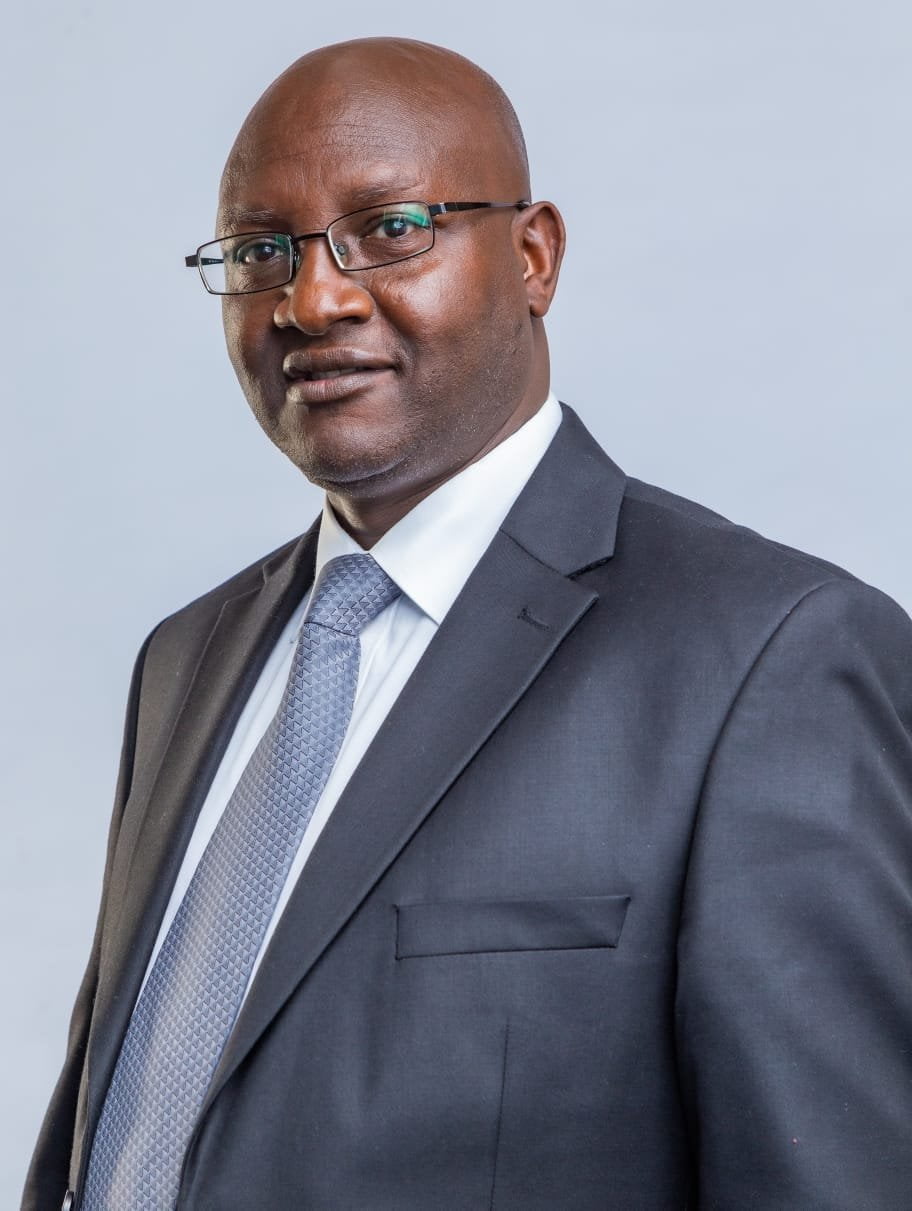 In this article:Kenya Revenue Authority