A staffer from British American Tobacco who sought anonymity reached out to CNYAKUNDI.COM with appaling information on how the company takes innocent job seekers for a ride. In the e-mail, the staffer advises job seekers not to bother applying for jobs at the company since the advertisements are just a formality and that candidtes are hand-picked by the corrupt management prior to the advertising of the same positions.

“Hello Cyprian, I am a BAT staff. Please tell desperate people not to even bother applying for any job vacancy advertised because that’s an exercise in futility.

BAT kenya has the most corrupt HR (they will make Kenyan politicians look like angels). They always have their people already who will NOT go for the interview but they will still get the job. A good example is the recent Job of Trade Marketing representative which was advertised on 23rd Nov and closed on Friday 7th Dec. No review of job applications was done and all genuine job applicants received computer generated regret emails by saturday 8th. No interviews were conducted and to everybody’s surprise, 9 new candidates (hand-picked based on who they know) started training on Tuesday 11th. 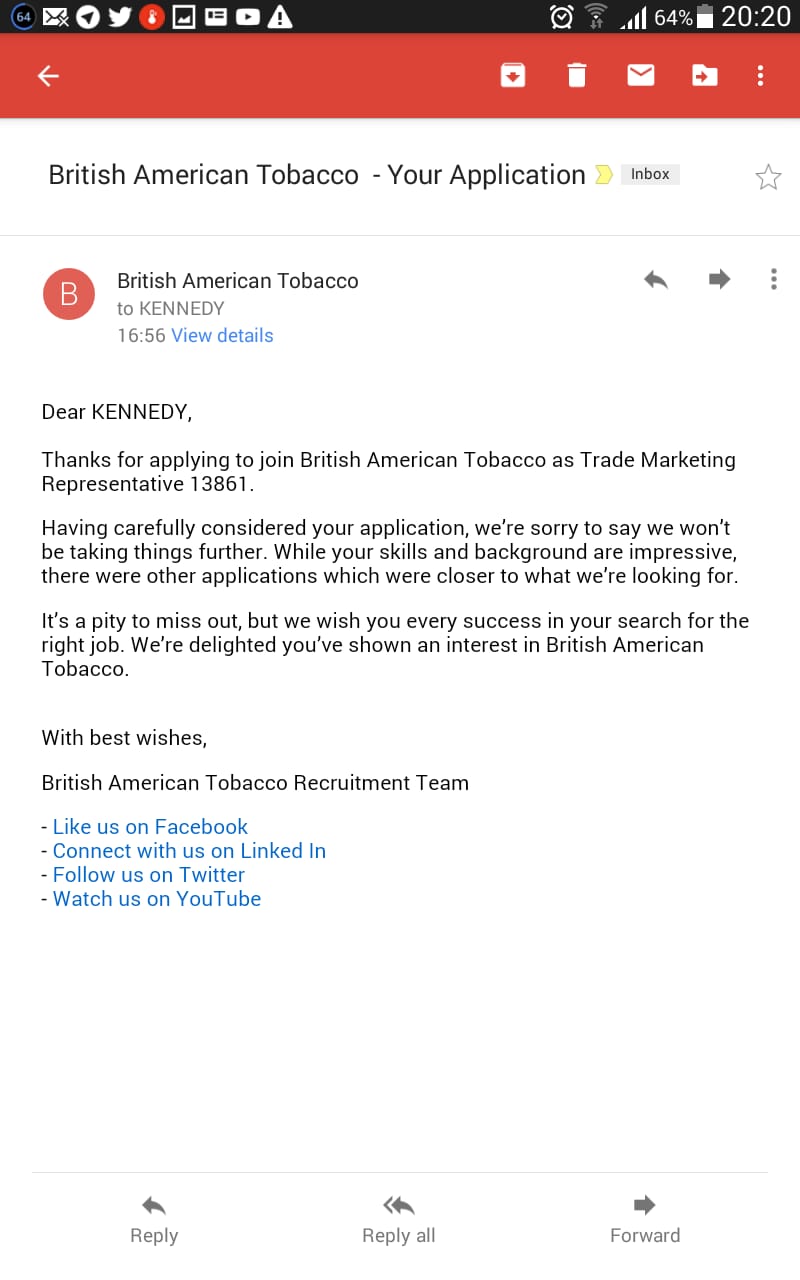 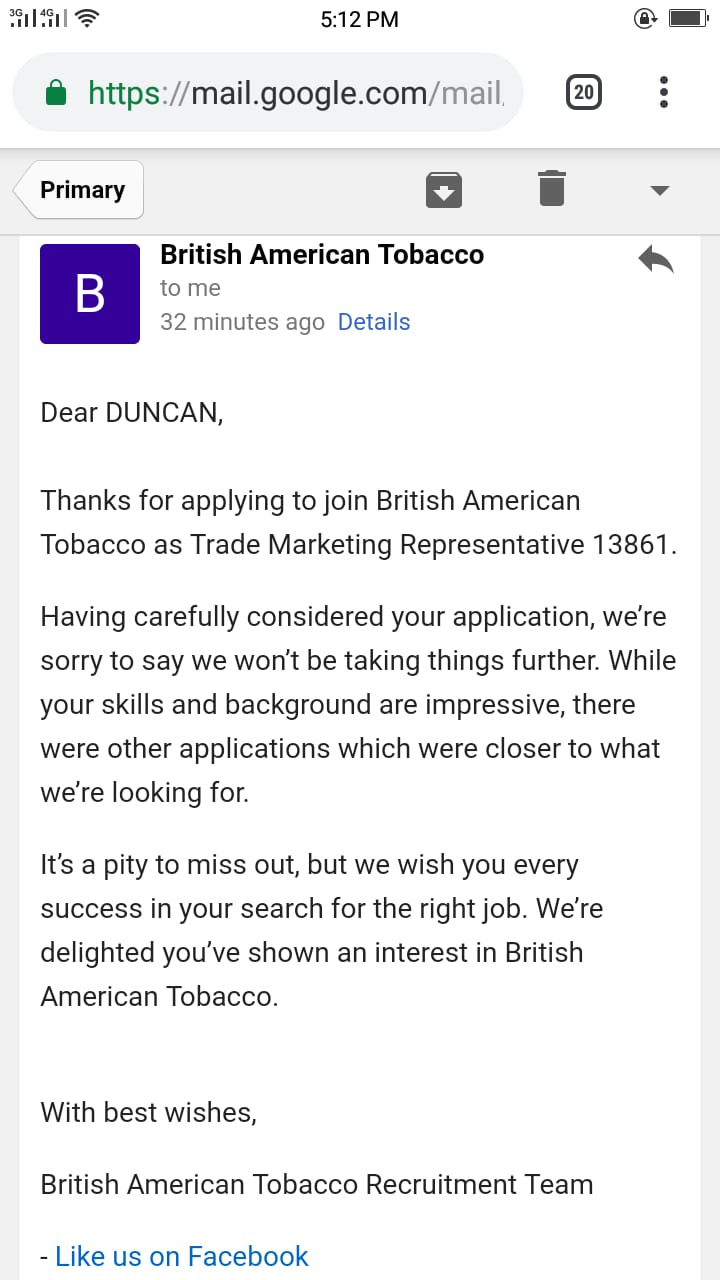 The big question is; How did HR review all job applications by Saturday and Sunday (non working days) conduct interviews on Monday and start training new recruits on Tuesday? Our HR is a real scam of the earth and everything here on matters employment is done as a matter of formality. We have tried raising these concerns through the right channels but it has been futile. We feel our mother company should address these issues because the quality of the labour force coming in is pathetic and wanting. Thank you.”