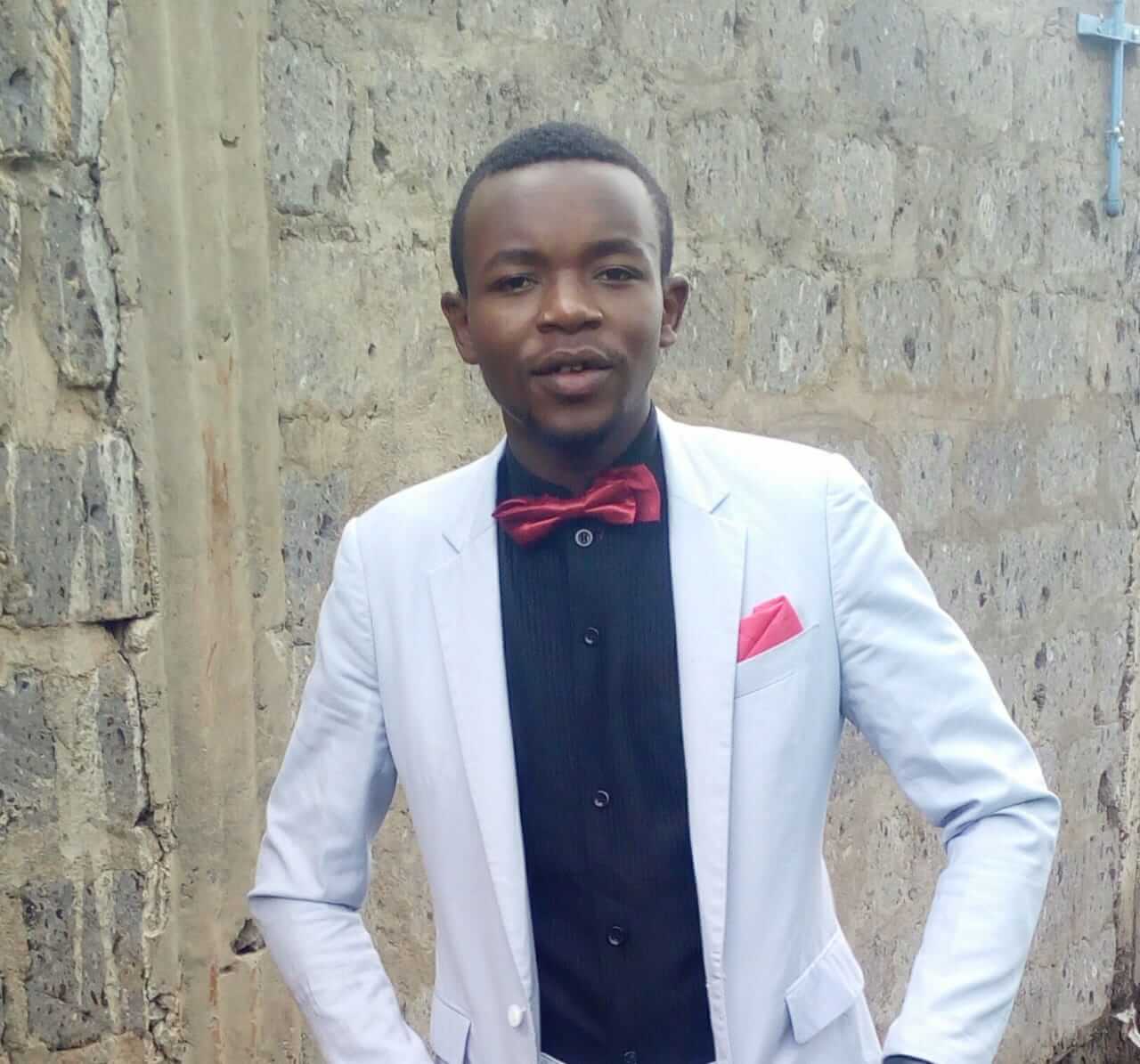 1. Why were you expelled by the Kiambu Institute Of Science and Technology? You were accused of organizing a students unrest, addressing the students, ejecting other students from class, looting the school Cafeteria and addressing the media…How do you wish to respond to these allegations?

I believe my expulsion is not based on the above allegations. There is more than what the 5 allegations in the expulsion letter issued on 28th August 2018. My expulsion reason is well known by the management since they didn’t follow the right procedure, therefore, the allegations are biased and corrupt.

Right to demonstration and picketing are protected by the constitution of Kenya and as a leader one must address the students, you are their voice.

2.  Did you contact the school to reinstate you? What was their response?

I concluded that their expulsion decision was reached a long time ago but keeping me off without any suspension or expulsion letter for 7Months thus violating my rights to access education.

3. What are the issues at the Kiambu Institute of Technology that made the students strike?

v). Violation of the institute constitution.

Among these grievances, most of them are being attended to and change can be seen and differentiated from what was there before despite my exclusion which is as a result of fighting for the same.

4. What has been the response of other students pertaining to your suspension?

The trend is there, students are demanding justice for their vice president comrades are claiming that the dogmas of quiet past are inadequate to the stormy present

5. Is the expulsion of students common at the Kiambu Institute of Technology?

Politically active students are always subject to victimization and intimidation these subjects them to unrealistic and unjust punishment. The moment a leader is in solidarity with comrades he/she is branded an enemy and threat to the management and that leads to corrupt expulsion or suspension decision.

6. Do you think any Campus, Technical Institute or school management should expel any student for striking demanding better learning conditions?

‘’A comrade is always right ‘’ comrade’s students always peck where it errs. The voices of students must lampoon the institute when it errs and we must tell off when they refuse to abide by the laws of land and rights of students. By Expelling or suspending influential students the issues concerning comrades are not solved hence bringing about uproar of students agitating for their rights. The management of these learning institutes should sit down and discuss their issues with the students to make learning more comfortable

7. Embakasi East MP Babu Owino, a few days ago, petitioned to push public universities, Colleges and technical institutes which suspended students, to readmit them back to campuses. What are your views on this?

Comrades like Babu Owino should live long for a betterment of our nation. The tendency of learning institute subjecting students to harsh punishment without following the right procedures should be criticized and I support the petition.

The current crop of leaders isn’t notably different from the previous generation of college leaders as in Babu’s time when many college presidents succumbed to political pressure to enforce loyalty oaths. The difference this time is that the student’s body faces myriad pressure to reform such as increased denigration on student’s right and stifling the voices of students in that many in colleges is bad for the colleges in long run.

8. Why do you think your college scared of student leaders speaking to the media?

Students leaders may be just as big of champions of students interest and object to just as many reformed that do not serve the interest of the student and that doesn’t amount to the culpability of the student leaders but what management wants you to do is advocating behind closed doors instead of in the media. I wasn’t afraid of voicing my position on student grievances which council now is framing me to be the ringleader yet am exerting my mandate as student’s representatives.

The management has failed to put in place multiple preventive programs in place to moderate consultations between students this leading them to demonize the messengers who are student’s leaders. They have failed to make the college a supportive environment this leading to dictatorial tendencies.

10. What is your personal attitude towards student activism and do you have a message toward managements scared of students agitating for their rights

Kist has to be a supportive environment for students through collaboration and not dictatorial tendencies.

Instead of caving to management pressure, and as a student leader I persuaded the interest of the students as there representative

It’s not my fault in a demonstration setting that things are said, done and as a student leader, I couldn’t control land that shouldn’t tie me to any criminality. The fact of this matters point to a low full dismissal of an elected union leader in direct contravention of students leader’s rights and should be overturned

Free speech is one of the most important things we have a right to but there can be a difference between what a protest is supposed to be about and what is actually said, it ramifications and whose liable for the outcomes.

I believe college environment, exposure to such Roberts and discordant expressions, even when personally offensive and heart full is a circumstance that a reasonable student in higher education may experience and I stand by my interjection as a student leader.

1.investigate the circumstances that warranted my dismissal and say am accorded a fair hearing and I suppose my dismissal was predetermined /premeditated by forces which opposed by my victory t

2. The CS Amina Mohammed should affirm the roles of student leaders

3. Create a room for arbitration of disputes to eradicate issues of student’s leader’s harassments

Kiambu Institute Of Technology Expels Student For Speaking To Media