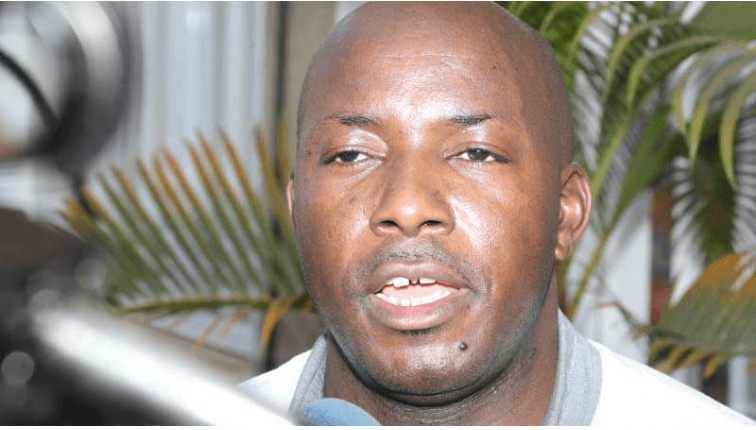 The Chief Administrative Secretary (CAS) for EAC and Northern Corridor Development Ken Obura (pictured) has been questioned by police over a gun drama incident he was involved in on Saturday evening in Nairobi.

Obura told police at the Karen police station he was driving to his home at about 5.30pm when he noticed ‘a suspicious car trailing him’.

This forced him to reach for his pistol and shoot in the air to scare away the said motorist.

Obura, a licensed gun holder, then drove to his home and later alerted the police. No one was injured during the incident.

The motorist who was targeted in the drama was identified as Robert Kanyago.

Karen OCPD Cunningham Suiyanka said the former Kisumu Central MP shot in the air to scare some motorist he believed was trailing him.

“I believe he shot in the air in self-defence. No one was injured during the incident,” said the police boss.

Obura said he was driving to his house when a motorist followed him to his gate.

“There was no road rage at all. I was driving home when I realized someone was pursuing me. I didn’t have my bodyguard so I reached for my gun and shot once. He drove off. Just that,” he said.

Obura said he did not know the motive of the motorist but was acting in self defence because he had trailed him for long.

A police officer attached to the DCI was arrested after he and other suspects were involved in a kidnap ordeal.

Constable Kelvin Ndosi has a pending robbery case in court. He and three other accomplices are accused of kidnapping Ochieng Okelo at Athi River, Delta Petrol Station, on Saturday.

They forced him into his vehicle and proceeded to Kayole before his wife reported the matter to the police, saying the kidnappers demanded Sh300,000.

Ndosi was later arrested while in possession of a phone. Two other officers escaped the dragnet.

A fortnight ago, Ndosi was arrested in connection to stealing and extortion of Sh800,000 against a Malian in Nairobi’s Kilimani area.

Meanwhile, the government of Mali has denied reports that two suspects arrested with fake currency worth Sh1 billion are its citizens.

Dr Odudu Barbra Magoha, the honorary consul of Republic of Mali, said the three men’s nationality was not properly reported.

“After further investigations by Kenyan authorities it has been established that all the three men are citizens of a country of Central African Republic Region and not Mali,” she said.

The suspects identified as Abdoulaye Tamba Kouro, his son Abdala Tamba and a Kenyan, Anthony Munyiva, were found with more than Sh1 billion in fake currency in Nairobi on October 1.

They are expected in court Thursday to plead to the charges. Police say the two are from Chad. One of them had been deported from Kenya but came back.

The scammers have operated in the country for a long time. They would ask their targets to bring large sums of money for miracle sessions after which the victims would walk away with fake currency after handing over their hard-earned cash.

Many of the victims only realised they had been conned after it was too late.