A tussle over a song titled ‘Bash’ had been ongoing between Rapper Kristoff and upcoming music group Effect Gang.

The Facebook page of the chief editor of this site posted a video received from a friend and fan of Effect Gang music group, accusing Kristoff if stealing their song.

Immediately after posting the complaint video, Kristoff responded terming the matter as a witchunt and fake news. 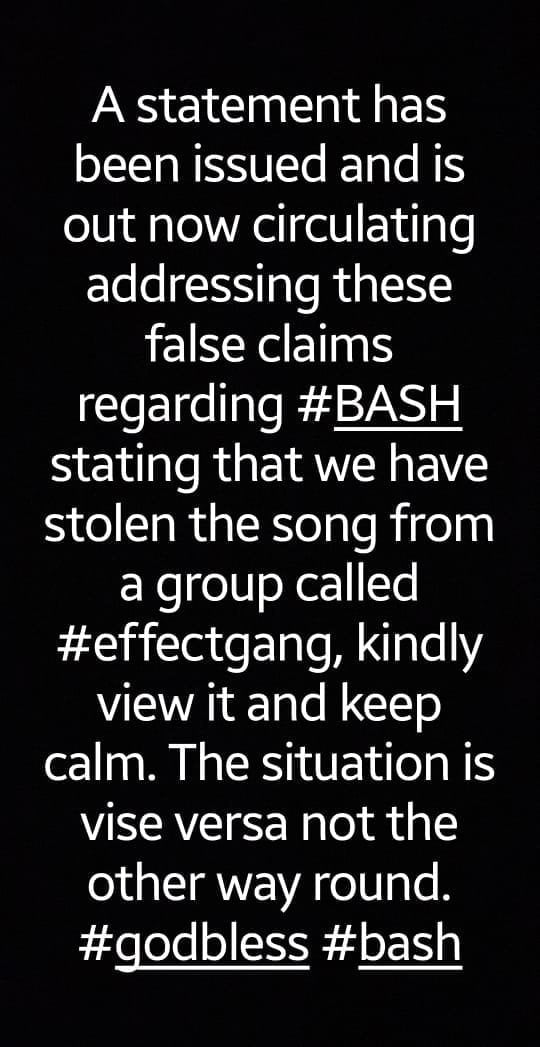 Today, Kristoff, representing the other artistes i.e. Yvonne Darcq and Kush Tracy, sent a demand letter to Effect Gang members ordering them to apologize within 3 days or face court action.

A call placed to Masling and Lino, the members of Effect Gang, by yours truly, unearths that the group made their song in early August and even posted the audio trailer on the Twitter account Innocent Smoker on 8th August.

This disapproves Kristoff’s and his fans claims that Effect Gang stole the song from him, a claim which was based on YouTube timestamps. 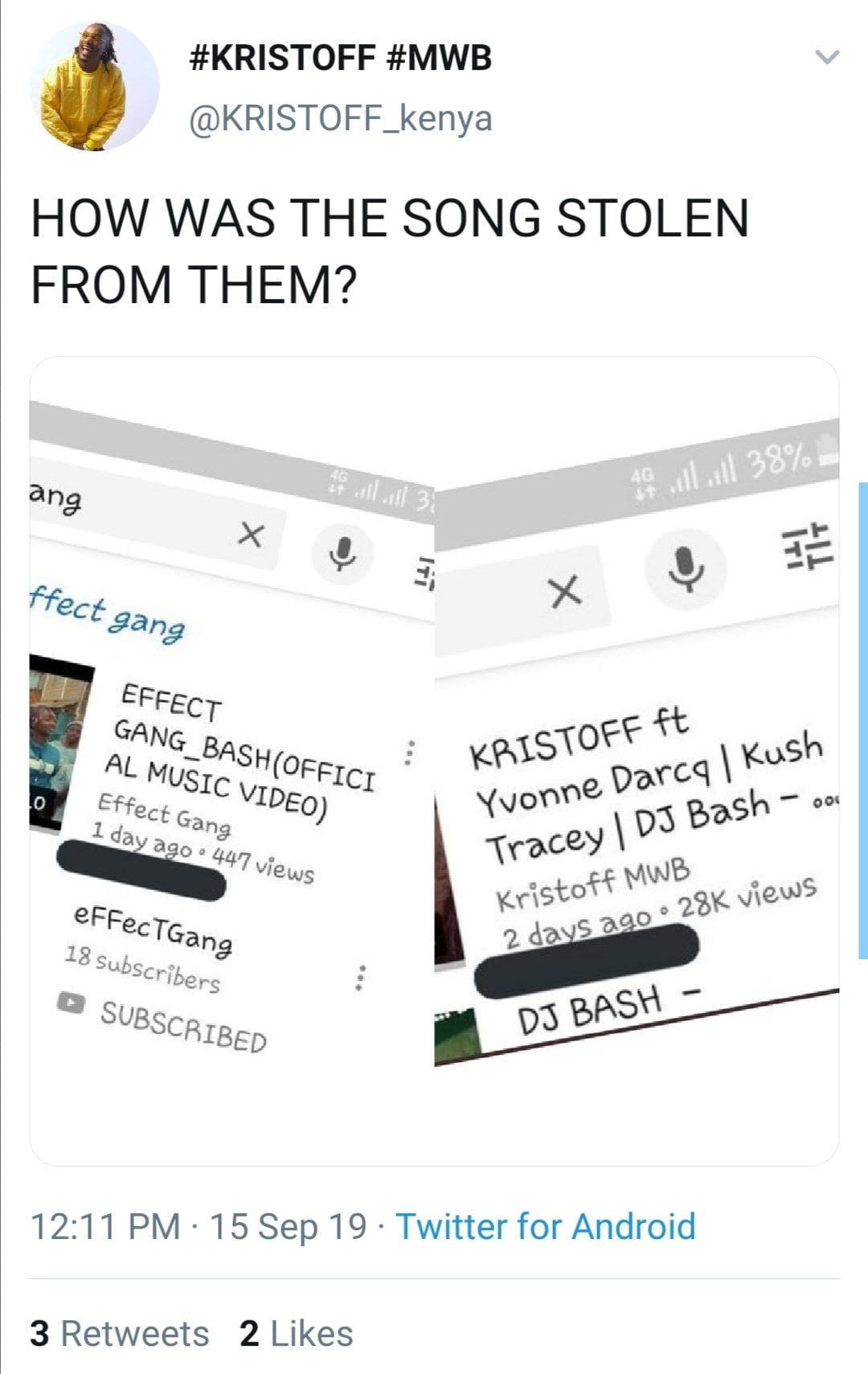 On YouTube, Kristoff posted the music video before Effect Gang did. Effect Gang, through Masling, says they recorded the song and due to lack of funds, they couldn’t do a video so as to release it on YouTube.

Going by their Twitter posting of the song, it confirms that the song is indeed theirs.

Question is, why is Kristoff lying to the public?

Why did Kristoff go to great lengths to hire a lawyer to threaten Effect Gang?

Shame on you Kristoff and your stealing gang. 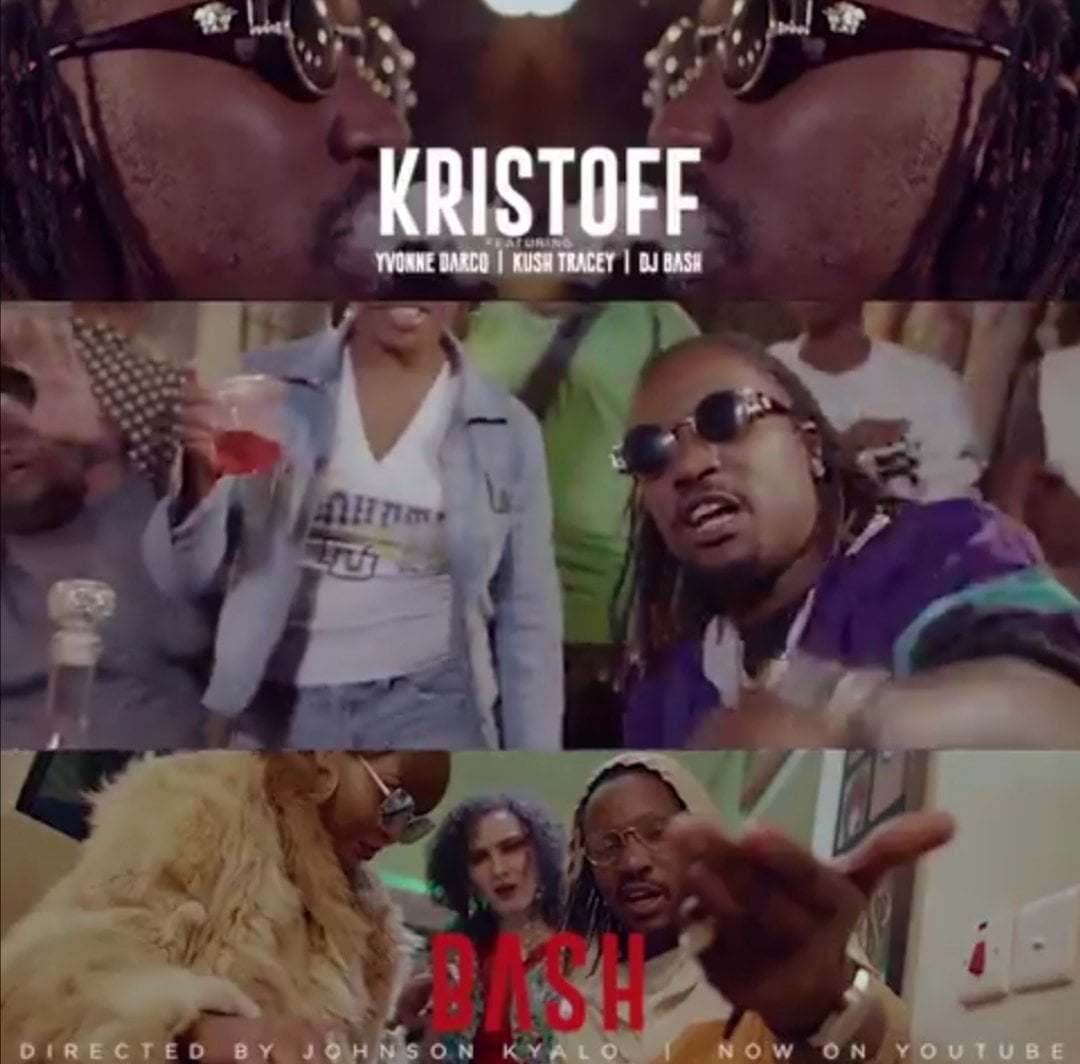 Screen capture of Kristoff and his stealing gang