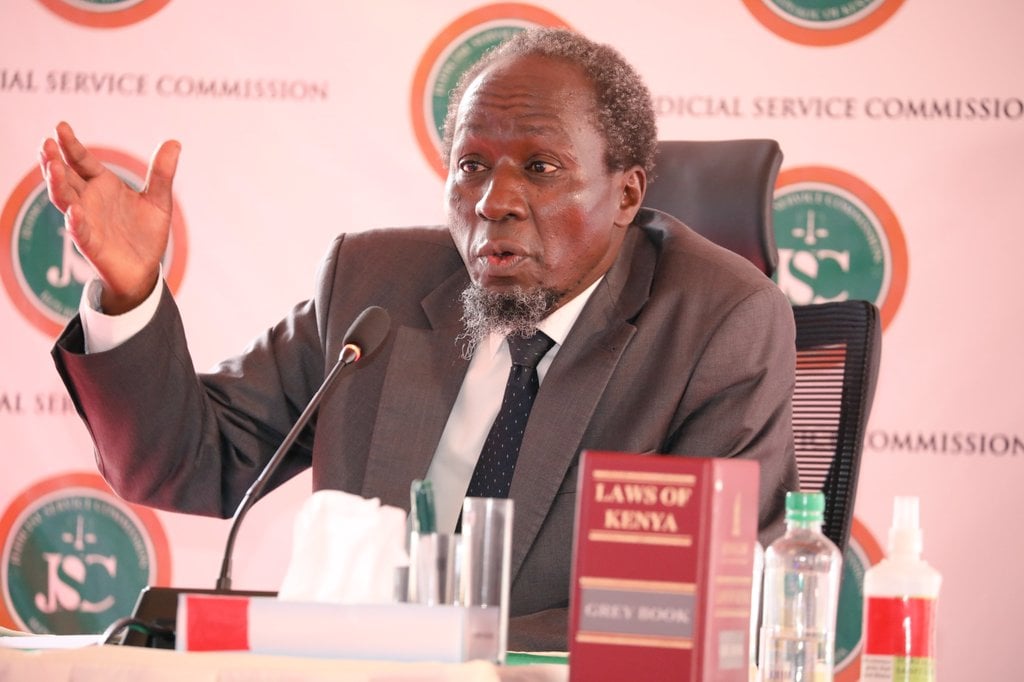 CAPTION: Employment and Labour Relations Court judge Justice Marete when he appeared before the JSC panel

While appearing before the JSC panel on Monday, Justice Marete Njagi has proposed the addition of two judges in the Supreme Court.

The popular legal mind said the addition would help to manage the workload of the country’s topmost court where he claimed between 100 and 250 cases are currently pending determination.

According to Justice Marete, this backlog challenge is a result of incapacity and understaffing due to the long recruitment processes when a vacancy occurs.

“It takes a very long time to recruit new judges, as was the case when Justice Jackton Ojwang retired last year,” he noted.

In addition, Justice Marete supports the approach because according to him, it helps enrich diverse thinking and embrace accountability among judges on the bench.

“People are gifted differently and it is important to give each and everyone a chance,” Justice Marete told the panel.

Justice Marete reappeared before the JSC panel alongside Justice Said Chitembwe days after being interviewed for the Chief Justice position unsuccessfully.

The duo’s previous quest to be Kenya’s 15th Chief Justice was quashed after the Prof Olive Mugenda-led panel named Lady Justice Martha Koome as the nominee for the position.

The Supreme Court judge seat fell vacant following the retirement of Justice Jackton Ojwang in February 2020 when he clocked 70 years.