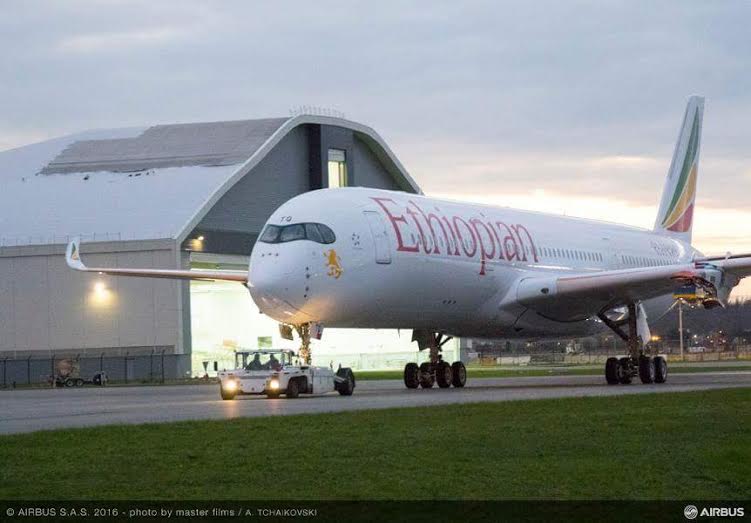 It’s a sad situation however you look at it. Just some 20 years ago, Ethiopia was coming out of one of their biggest droughts, which prompted a musical collaboration “We Are The World” that featured music greats like Stevie Wonder, Michael Jackson, Lionel Richie and the likes, to raise funds for the struggling country.

Kenya was for the longest playing host to Ethiopian refugees and political asylum-seekers.

Today, all indicators show that Ethiopia is growing at a much faster rate than Kenya, attracting foreign investors who find the economic climate in Kenya as hostile. Recently, Samsung were forced to relocate their regional assembly plant to Ethiopia, after senior officials in the UhuRuto mediocrity of a Government demanded $10million in bribes.

We also read a sad instance where the head of the Directorate of Criminal Investigation Ndegwa Muhoro was bribed with Kshs. 50million so as to intimidate, frustrate and interfere with a case involving a foreign investor Stephen Jennings who has so far brought over $1Billion to Kenya, yet he’s being undermined by thieves like former Central Bank Governor Nahashon Nyagah.

As if we don’t care one bit, Kenyans recently jam-packed an event conceptualised by one of the key architects of the Kenya Airways collapse, Mr. Chris Kirubi, sharing selfies and helping promote his brand names with no honor or shame, all in one name of seeking entertainment and a desperation for association with Nairobi’s middle-class.

And as you celebrate Chris Kirubi and the goons who collapsed Kenya Airways like Titus Naikuni and the current CEO Mbuvi Nganze who are practically just a bunch of thieves, remember that Ethiopian Airlines is preparing to receive an Airbus A380, that will place it amongst the league of elite airlines.

Young Kenyans have to start being conscious and alert to today realities, unlike the idiots who attended Koroga Festival for the purposes of glorifying and extoling a man who has caused nothing but pain and suffering to many individuals and the country at large. Young misguided commercial sex workers who literally fall over themselves to take selfies with Kirubi are a disgrace to this country, and the vast majority of level-headed Kenyans should seek to depart from this school of thought that’s reinforced by the mainstream media.

The biggest calamity is that Kenya’s top crooks are the chief advisors of President Uhuru Kenyatta, meaning that the country is headed for the deep-hole.

For instance, Bob Collymore recently embarked on a sham wealth-declaration process in a bid to excite simple-minded Uhuru, a move that was flawed and embarassingly ignored by the mediocre mainstream media corps.

1. The mere fact that Vodafone illegally acquired a department within Telkom Kenya through bribery.

2. The presence of Mobitelea, a shadowy company that owned 5% of Safaricom was an offshore vehicle of corruption and should be investigated by UK’s Serious Fraud Office (SFO) just like Samuel Gichuru & Chris Okemo were investigated by Island of Jersey Authorities.

3. That Mobitelea disappeared from the shareholding structure of Safaricom after their bungled IPO where Kenyans were forced to pay billions just to execute the heist.

4. That Kenyans lost a lot of money during the Kimunya-overseen IPO that was overpriced.

5. That Bob Collymore is not a public servant in Kenya so as to declare his wealth. And even if he were, he would have needed to first declare what his net-worth was before taking up the Kenya assignment and then compare it with his current status.

How then could Bob Collymore purport to be clean, yet he runs a company that is proceeds of corruption?

There is more we could add but these are the glaring discrepancies that any journalists that purports to present Business news would ask, but they can’t because most of them are mediocre blondes.