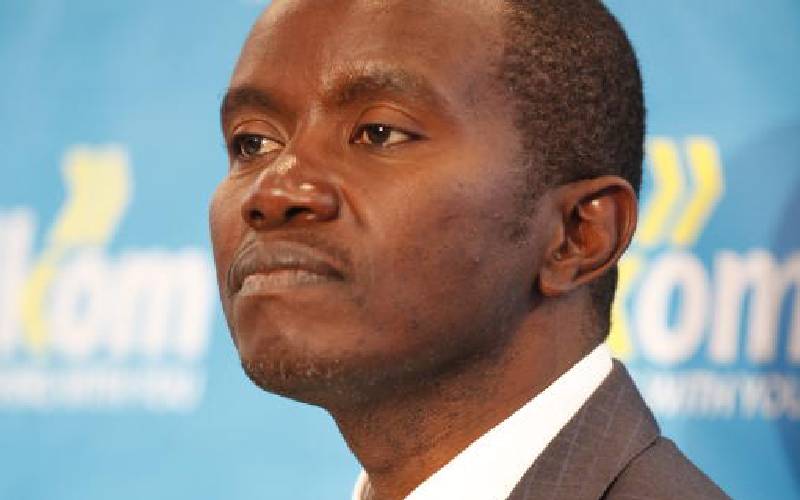 Kenya’s Cabinet Secretary for the Ministry of Information and Communications (ICT) Joseph “Joe” Mucheru had a rough start to the week after an attempt to pull one of his dubious publicity stunts failed terribly, giving way for internet trolls to mop the floor with the former Lenana School graduate.

Mucheru’s long day with online bullies all started with a Monday morning post on his official Twitter handle, where he uploaded a selfie from the Bomas of Kenya, with the caption: “Youth take over BOMAS of Kenya to deliberate your issues..”

#KenyaNiMimi Youth take over BOMAS of Kenya to deliberate you issues pic.twitter.com/PIuMeQxwZD

What caught netizens’ attention, however, is the fact that most of the faces sat behind the CS didn’t necessarily reflect those of the Kenyan youth as we know them, especially given that he was attending the launch of the #KenyaNiMimi Youth Campaign – an initiative which purportedly seeks to create awareness on available government opportunities for young Kenyans.

Within no time, tweeps soon flooded his mentions, taking turns to remind Mucheru of two obvious realities: One, that he is certainly past the age where a grown man like himself should regard himself as a “youth”, and two, that the event, just like many others in the past, is just a circus, where a few hungry and desperate young chaps are invited to Bomas and other social halls and the event is quickly dubbed a “Youth Conference” where only top organizers and officials check-in fat cheques.

“Youth issues are known by everyone without this wastage on tea and mandazis. You little puppet” began one Kenyan.

“When they talk of the YOUTH, over 50-year old grandfathers are not part of the equation!” noted another one.

“According to you guys in government, a youth is someone who has a small body physique and a good political connection, right? Bure kabisa!” one replied.

Is CS Joe Mucheru A Youth?

When he was campaigning for his second term, the President promised to expand the participation of young people in national development, and guarantee that 30 per cent of all appointments, projects and budgets specifically target them.

Uhuru’s manifesto said he prioritised youth employment and pledged to create at least 6.5 million jobs by 2022.

However, appointments made by President Uhuru since 2017 revealed his love for retirees, even as millions of young Kenyans languish in unemployment.

The list of the President’s recent appointments is dominated by old men and a handful of women, some of whom served in Government long before a majority of Kenyans alive today were even born.

Over time, Kenyan youth have also come to understand the government and its numerous “projects” purporting to help “empower” the youth as a total hoax just meant to con and milk the struggling blooming society dry.

This is evident from the various policy and institutional reforms like the Youth Enterprise Fund, Ajira and others which claim to promote the youth in business people yet young people across the country continue to face countless hurdles in attempting to set up commercial ventures.

It is, therefore, no wonder when such frustrated youth are quick to lash out at some of these so-called “Young Leaders” like Mucheru (at least 50-years-old ) who pretend to be all for the young Kenyan just for clout and hefty subsidies.

In their eye, the Kenyan youth still remains nothing more than just voting machines which can only discuss their issues in forums but shouldn’t be allowed decisions or opportunities which steer their destiny.