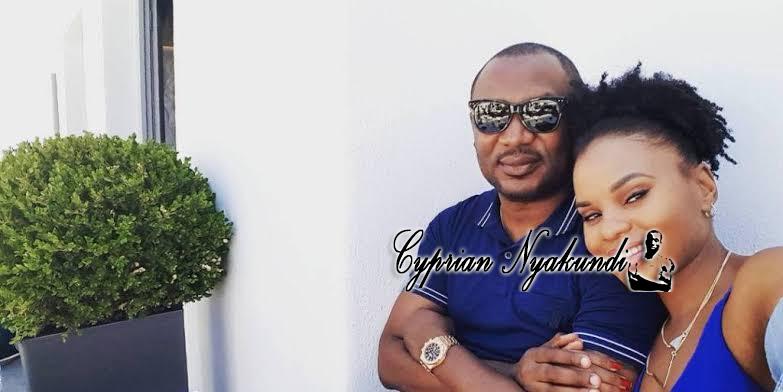 The lady who introduced us to a marital spectacle whereby she claimed to bath her husband every day, is now back in the country, after being dumped by her Nigerian “ozband”.

Lisa Gaitho, one of the leading lights in the “Mwanamke ni standards” cartel, is now in the country, claiming to be celibate and focusing her energy on religion and spirituality.

Indeed, she’s jumping from the frying pan to the fire, as Kenyan religion is riddled with fraudsters after your tithes, and are by far worse criminals than Nigerian conmen.

Indeed, Lisa had been told that her Nigerian con will leave her because all Nigerians must customarily marry a lady from their own country.

Details remain sketchy, but information reaching our newsdesk says that her family had to raise money for an emergency air-ticket, after Lisa Gaitho was unceremoniously ejected from their residence.

She is now back at her father’s house full of bile against men, as if we collectively conspired to frustrate her short-lived marriage.

Kindly note Ms. Gaitho, that it’s your poor taste in men that’s brought forth all this misery. Many other women including your own sister Shiro Gaitho have settled with decent low-key dudes and enjoying their marriages.

You’re the one who was deluded by the “standards” euphoria, under the tutelage of prominent feminists like Sheila Mwanyigha and Kui Kamau. Where are they now? Choices have consequences.

Like our Instagram models, Lisa is a connoisseur of the finer things in life, leading her to settle with a Nigerian con, who was able to seduce her using trips to different countries. In-turn, she enjoyed the likes and attention she got from social media.

It will be very hard for a Kenyan nigger to date Lisa, considering that her goods have been stretched beyond the limit by Nigerian genitals. No Kenyan Man can eat Nigerian leftovers.

Instead of going to church to waste her time and money, she should use her experience to educate younger ladies against these delusions of grandeur that she fell prey to. The wealth of experience she has accumulated from her nasty encounter with a Nigerian con should not go down to waste.