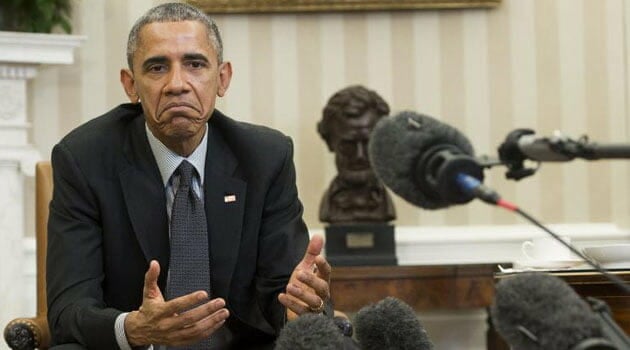 Barack Obama is expected to issue the third and most significant veto of his presidency Tuesday, embracing raw executive power in the twilight of his administration.
“This is even better than the veto pen,” said a steely Obama, gripping a silvery hockey stick gifted to him in the midst of another fight with Republicans.

Combative and confident, it is just the sort of defiant tone that Obama has adopted since Republicans seized control of both houses of Congress.

Since last November, Obama has threatened to veto more than a dozen Republican-backed bills – from tougher sanctions on Iran to rules undercutting his hallmark healthcare reforms.

On Tuesday he is likely to make good on another veto promise, rejecting a bill pushing for the construction of the Keystone XL pipeline, which would bring oil from Canada to the United States.

While flexing his veto power Obama has also embraced the use of controversial executive orders, which bypass hostile legislators to make law by decree.

In one of over 200 orders so far, Obama protected five million illegal immigrants from deportation, leading to a fierce legal challenge from Republicans.

There is a “clear political imperative” for Obama’s more muscular use of presidential power, said Julian Zelizer, a Princeton University professor.

“The opposition is strong, time is limited and you can’t do much pro-actively.

“It’s important for Democrats not to end the last two years (of Obama’s term) with Republicans not only controlling Congress, but doing a lot.”