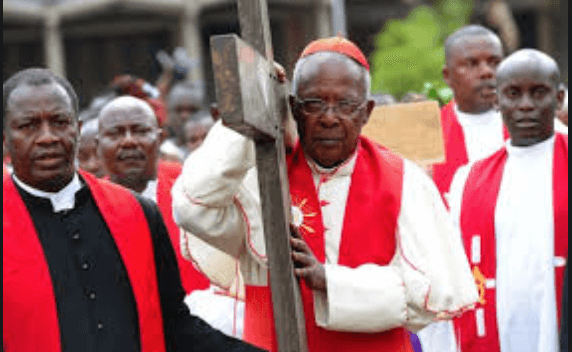 Dear People of Good Will

We refer to the unfortunate judgement that was issued by the Nakuru High Court on 28th  September 2017; where all the property belonging to the hospital was to be transferred to St Mary’s Mission Hospital Limited.

Assumption Sisters of Nairobi (ASN) has since December 2017 transferred a total of 118m from the accounts at GT Bank and Prime Bank to ASN accounts, contrary to the judgement.

Cardinal Njue, Dr Njue and Bishop Kariuki (the Embu cartel) have also been beneficiaries of the looted proceeds. Further, part of the ASN loot has also been syphoned through the auctioneer, Zachariah Baraza, in an attempt to cover up their involvement. The hospital management team has also been well rewarded with a token of 500k each to reward them for the violent takeover they executed

Through their proxies, Christine, Kimani and Kariuki, the ASN has been carrying out these fraudulent activities with the assistance of Mrs Wanja Wambugu, the ASN lawyer.

This money is part of what Rev Dr William Charles Fryda and his able team worked tirelessly to accumulate and keep as reserves for the hospital’s expansion. ASN does not even know the pains that some of us went through to accumulate the money.

Some of us have been calling the hospital administration seeking to be paid, but our pleas fall on deaf ears. The current management of the hospital cannot even pay the salaries of the current staff, who remain a suffering lot. We understand that even suppliers are not paid.

The once vibrant hospital, that we so painfully built is on the verge of collapse due to corrupt practices, greed, gross contempt of the court ruling, misappropriation of funds and mismanagement by the ASN. We are also afraid that if the labour cases we have filed in court are ruled in our favour, there will be no money to pay us or no hospital to go back to since all the money is being looted.

We are therefore asking your office to urgently clamp on the money laundering activities currently ongoing under the supervision of the St Mary’s Mission Hospital Board and the Catholic Church.