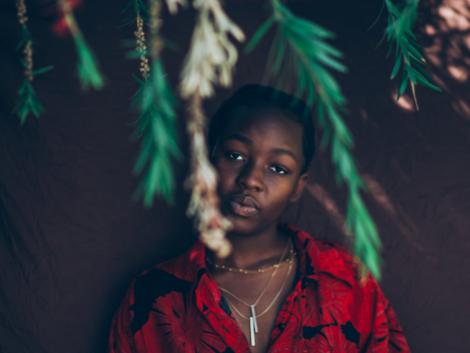 Kenyan comedienne Elsa Majimbo on Thursday found her way back on the trends after the popular crisp-eating entertainer decided to take on struggling national carrier KQ by the horns over their disappointing services.

Through her populous celebrity status Twitter account, Elsa blasted Kenya Airways whom she accused of leaving part of her luggage in a different country and only informing her after she had already reached her destination where after agonizingly waiting for over 30 minutes, they finally informed her that the bags were too heavy hence couldn’t be carried on the relatively small aircraft.

“Today morning Kenya Airways left my luggage in another country cause the weight couldn’t enter the plane. I was told this after I waited for my bags for 30 minutes!” read one of her tweets. 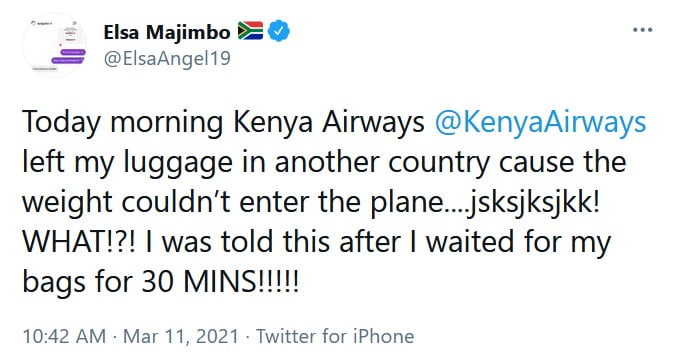 She followed this up with another post where she claimed that despite causing her this great inconvenience, Kenya Airways did not bother to issue any apologies.

As a result of the terrible experience, Elsa also urged commuters to avoid travelling with the airline.

“I would not recommend this airline to be honest. For travellers avoid it if you can,” she wrote in the post that immediately sparked reactions from netizens. 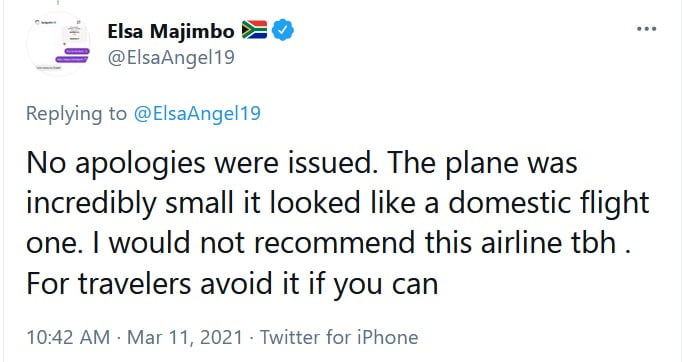 Some of them felt like it was some sort of direct attack on a Kenyan brand by Elsa, who dispute being born in Nairobi but generally fond of South Africans.

In several interviews, she recaps that she has received mad love from the South Africans than her motherland.

Perhaps quite evidently, her first viral video circulated in South Africa, an aspect that gave her global traction. She’s thus attached to the South African nation and even has their flag on her social media profiles.

Elsa had been in South Africa where she was working on a project with Valentino, an international luxury company.

Majimbo shot to fame through her monologue style comedy which she often shared in videos on her Instagram page and within no time she catapulted to international recognition.

Her complaints towards KQ come just hours after emerging reports that the government is set to restructure loans advanced to the struggling national carrier Kenya Airways which could yet again further increase the State’s shareholding in the airline whilst diluting other shareholders.

KQ is in the process of being renationalised, with the National Aviation Management Bill now in Parliament, expected to give direction on how the process will be undertaken once it becomes law.

The airline has been making losses for years with the carrier plunging into deeper and deeper financial woes.

This worsened during the COVID-19 pandemic due to the grounding of services that saw countries worldwide close their airspace for passenger flights.