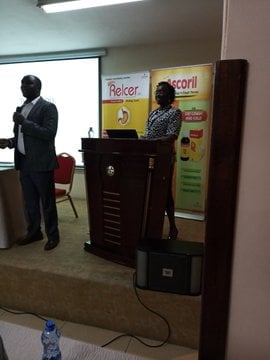 The lady in the dark: Elizabeth Gicheha, the Registrar of Trade Unions at a Kenya Union of Clinical Officers meeting in October 2018 | Pic courtesy of Twitter

Elizabeth Gicheha sounds like a big person’s name the first time you encounter it, however, the tall and slender lady doesn’t command any presence at all. She’s the normal-looking type.

She has mastered the dark art of Kenya’s elite. The art of impunity and separation from following the law and common sense. The rights of workers’, which is protected by a Trade Union is least of her worries.

Trade Unions in Kenya can just pay a ‘subscription fee’ and they can join employers in ignoring the plight of workers and nothing will happen to them. Not even a court of law or forged documents will overturn he resolved to ignore downtrodden workers. 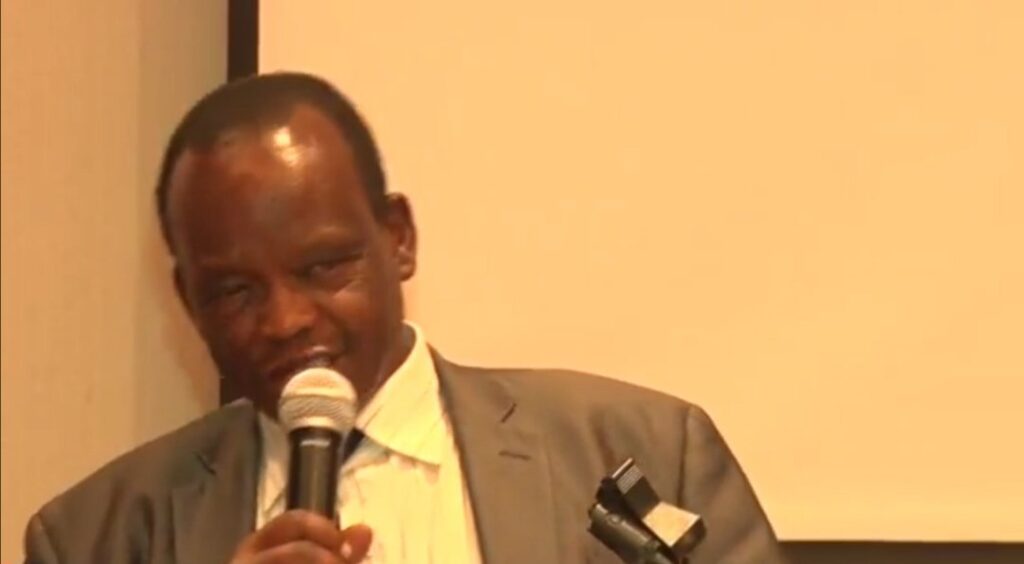 Trade Unions in Kenya: The Banking Insurance and Finance Union of Kenya

Take the case of the Banking Insurance and Finance Union of Kenya (BIFU). Isaiah Kubai, the Secretary-General of BIFU has been at the helm for over 33 years without elections, without branch offices as per the Unions agreement when it started in 1986, without a proper list of members, without a proper audit of accounts (he uses the accounts as his personal bank accounts) and without proper delegates for elections.

In an act of impunity that is supported by Elizabeth Gicheha, when the financial industry workers chose to chart their cause, they elected their representatives, a Secretary-general Duncan Muthusi, his deputy Gabriel Okomo and Organising Secretary Alphonce Were.

The trio moved to court to compel old Kubai to stop corruption and to release (i) audited books of accounts (ii) the Register of Members for both National and Branches (iii) the list of Branch Officials. (iv) Minutes of the Annual Delegates Conference for the last five (5) years and notices convening those conferences. (v) the details of the physical branch offices. They won this case but later found out that old Kubai had supplied them with forged documents.

The Employment and Labour Relations Court Judge Byram Ongaya ordered that: ‘The Applicant is hereby granted leave to enforce the order issued by the Commission on Administrative Justice conveyed to the respondents by the letter Ref. No. CM/ATI/FIN/000/9/19 — SNK dated 30.07.2019 and to enforce the order as a decree of the Honourable Court to the like effect of a decree of the Court’.

Kubai is supposed to hand over the offices to the new officials but has refused, emboldened by Elizabeth Gucheha, they march on to their impunity sunset, for time is up.

At the impunity office of Elizabeth Gicheha, the Registrar of Trade Unions, a case to give the office to its rightful bearers was recently trounced. Not without a ‘subscription fee’. 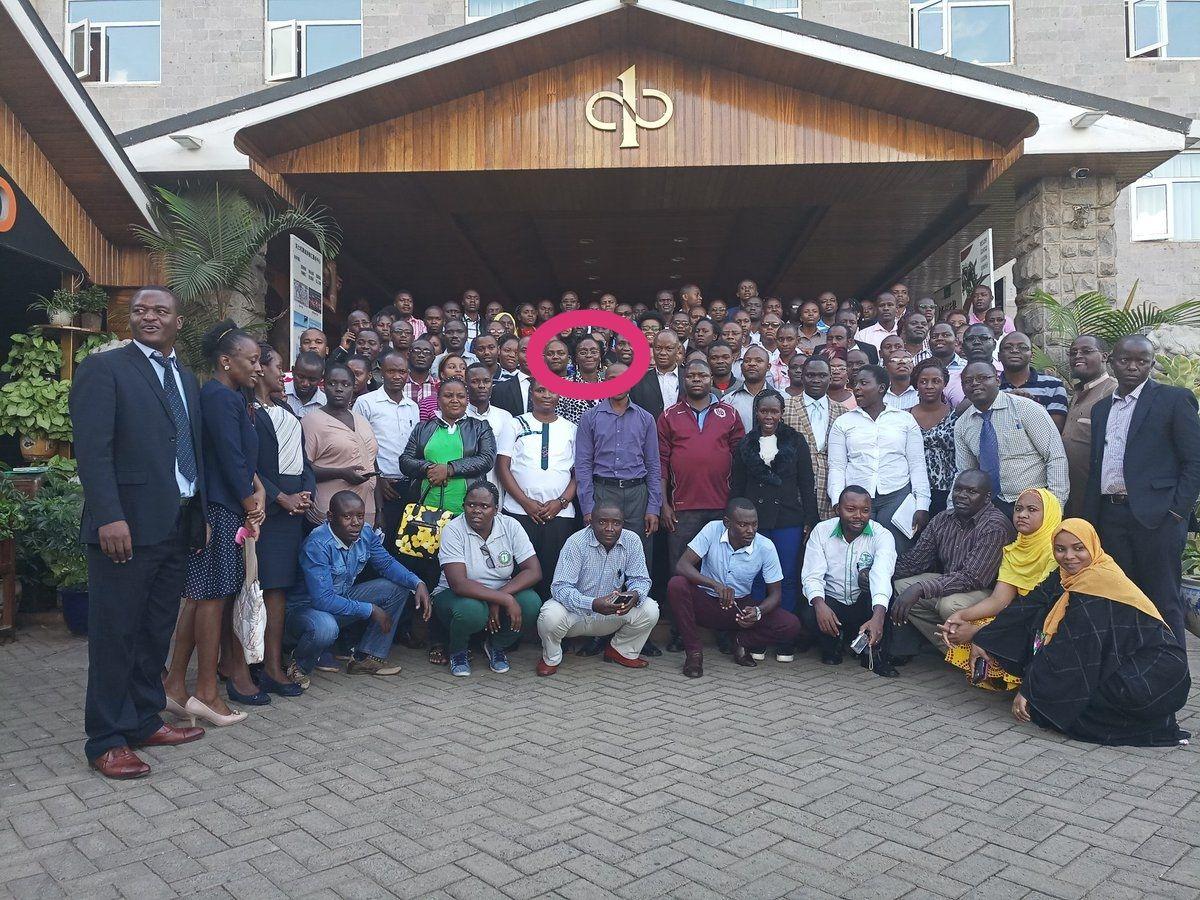 This is how it happened

Despite the winning the court case, the trio, who now represents the aspirations of all workers under BIFU, have been subjected to further anguish by the registrar.

The Special Delegates’ Conference (SDC) which elected the new officials, Muthusi, Okomo and Were has not been respected. The Registrar threw out their concerns.

Despite non-existence of physical branches as required, the registrar (in a document we have in our possession), supports old Kubai’s lies that they exist.

The registrar goes on to bite and support old Kubai’s lies that her office oversaw election in 2016 in the ‘aforementioned branches and at the head office”. BIFU’s branches are supposed to be in Nairobi, Rift Valley region, Mount Kenya region, Western and Coast region. They only exist on paper. What is impunity?

The physical offices that old Kubai has supplied don’t exist. For example, An inquiry email sent to TSS Building Mombasa confirmed that BIFU is not a tenant there.

“We don’t have a tenant by that name”, the response came back

Elizabeth Gichehs then goes on to accuse the financial industry workers of being late to file complains about the sham coronation exercise of 2016.

She acknowledges receiving the list of members from old Kubai on a monthly basis, but in that list, many names that still contribute to BIFU, but are deemed rogue because they want change for the better, have disappeared. Struck out by old Kubai.

She acknowledges receiving audited books of accounts from old Kubai, what she doesn’t want to investigate even as she has been made aware is that the books of account have been forged.

On misappropriation of union funds, the registrar ignores all the other illegalities.

For a union that takes in contributions of over Sh10million a month, BIFU has remained adamant to the plight of the workers in that industry.

Old Kubai has been in power for the 34 years of BIFU’s existence and had not allowed for elections, as not allowed for opening of physical branch offices in the regions and above all has sided with banks to fire staff that are considered rogue.

Kubai lied to court. He continues to lie and holds hostage the Registar of Trade Unions. He has used Elizabeth Gicheha’s office to frustrate efforts of bank workers to take over the Union and to represent themselves in a proper manner.

Despite her mandate being audit of trade unions’ books, oversee that unions have branches, oversee that branch officials are also delegates oversee that Unions are properly licensed, Elizabeth Gicheha has remained aloof when it comes to BIFU.

The Registrar of Trade Unions, Elizabeth Gicheha has become partisan, for example, in the case of Kenya National Union of Teachers (KNUT), she has often displayed bias which can be read as a tribal thing (Dr Nancy Macharia at TSC), to destroy the teachers’ movement. The financial industry workers should fight on and not let her destroy their industry. 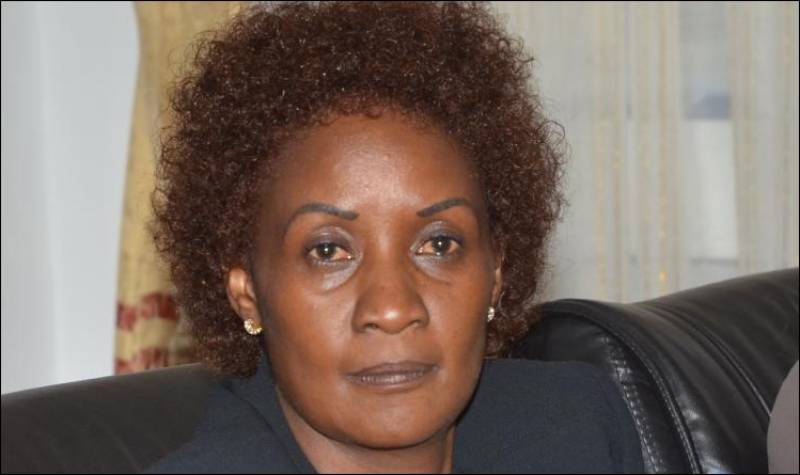 Outgoing TSC CEO Nancy Macharia whom the ‘system’ wants to unlawfully give another 5 years at the helm so as to continue destroying teachers’. The Law Society of Kenya has moved to court to resist this impunity and homeguardism. It might be that her hand can be seen in the way a tribe-mate at the Registrar of Trade Unions is quick to act against KNUT to ‘correct illegalities’ and not on any other union. Kubai too comes from Central Kenya.

Kubai was defeated in court, he will be defeated at the registrar and the days of a staffer earning sh10k and the CEO billions, will be the past.

According to Ministry of Labour, Trade Unions Sections, The functions of the Registrar of Trade Unions are stated as:

The functions in bold have not been done in the case of BIFU as earlier stated.

[One more thing, why is she referred to as Esther Gicheha in 2014 by the media, and later as Elizabeth Gicheha as from 2018?] Crook

Is the interior ministry and Ethics and Anti-Corruption Commission (EACC) aware of all these corruption and impunity?