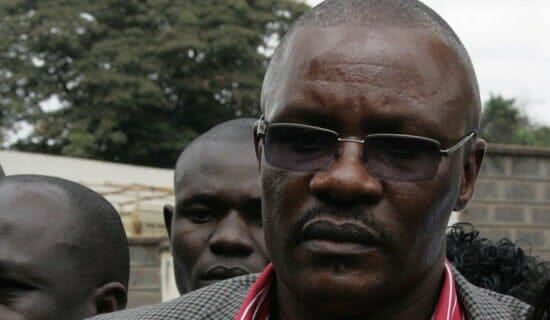 By the way I am a Yala Old Boy and I fully understand that Owalo  is also a St Mary’s school Yala Old Boy. This issue of fake degrees has become very normal in Kenya. Even people you dont expect to have fake papers have been accused of purchasing or not having the academic achievements as they claim.

The current IG has also been accused of having fake masters degrees- One from an unaccredited University and another degree which does not exist from the University that he claims to have awarded him the degree. Interesting.

The latest is Eliud Owalo. They have now claimed that his degree is fake since he never completed his degree at Kenyatta University because he dropped out due to poor Academic performance while others claim he  he was expelled. Owalo has jumped into the bandwagon to defend his dear papers .

He has actually  termed the allegation as “propaganda perpetrated by corruption networks that are intent on hitting back and perhaps with what I view as a futile attempt to silence him. I have deemed it imperative to bring to the public domain my Kenyatta University undergraduate degree certificate for the benefit of the larger public”.
Owalo has since posted a copy of his Kenyatta University certificate showing he graduated with Bachelors of Arts (Second Class Honours Upper Division). The certificate is signed on October 18 1996 and signed by Prof George Eshiwani as vice-chancellor.