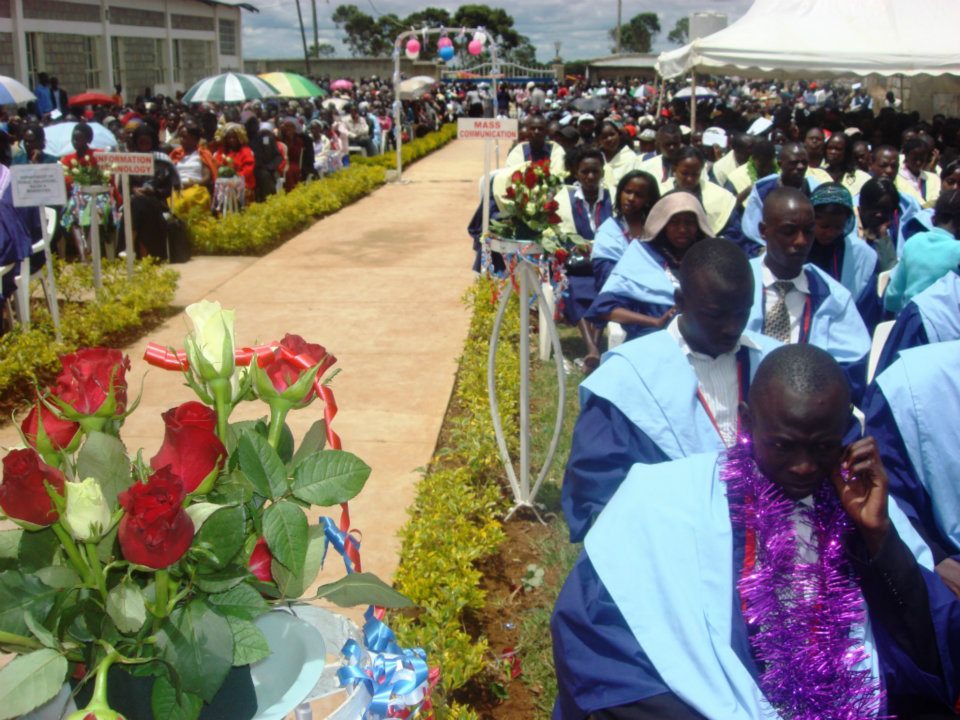 Recently, this site exposed that there are some unregistered schools teaching aviation courses. The Kenya Civil Aviation Authority (KCAA) hasn’t done anything to

The students from those schools only come to realize that they have been scammed after fruitless search for jobs.

“I am a victim of this illegality where I have been unsuccessful in getting a job and later I discovered it is due to my certificate’, one of the scammed students wrote.

Though the student who spoke to us in the first instance generalized the issue and didn’t really call out the names of the aviation schools near Wilson Airport, the information we’ve received points to another school in Eldoret, this time named; Eldoret Aviation Institute.

The student says that he completed his Flight Dispatch training at Eldoret Aviation Institute only to be told that it’s not a recognized institution.

He states that he knows many of his friends who are still struggling to find jobs having studied at the same school.

Some have resorted to make ends meet through taking up any jobs that come their way.

‘Yes I know of many…some were my classmates, others were ahead, and they’re just hustling elsewhere because they couldn’t be licensed by KCAA. I have a friend of mine we schooled together there and now is a matatu tout in Kiambu currently because he couldn’t get any job…After spending a lot in schools he has to do petty jobs to make ends meet’, the former EATI student said.

Late last year, a local media carried the story of one of the graduates of Eldoret Aviation Training Institute, Michael Ngugi, who has turned to shoe-shining after his Aeronautical Engineering Diploma couldn’t get him a job.

‘He graduated from Eldoret Aviation Training Institute seven years ago with a diploma in aeronautical engineering. Despite his academic credentials, the 30-year-old was unable to secure a job in his field of study. He now works as a shoe-shiner in Nairobi’, the newspaper wrote.

Cases of fake degrees in Kenya

Apart from the perennial problem economic plunder and sabotage by the Kenyan leaders which leads to primitive accumulation of wealth and lack of care for job creation, the issue of fake training and certificates is a serious one.

The Jomo Kenyatta University of Agriculture and Technology (JKUAT) was under sharp focus, in the middle of this year, for awarding over 100 Doctor of Philosophy Degrees (PhDs). This has become a scandal that is under investigation by the Commission for University Education (CUE).

“We are on the ground to look at these doctorate and we will take necessary action of we find that the law was not followed,”Prof. Chacha Nyaigoti Chacha, CUE’s chairman said in June.

Recently this site also exposed the issue of an expensive fake degree in Turkana County. The governor is said to have pocketed over Ksh16 million to give a job to a Member of the County Executive Committee (CEC) in charge of Roads and Public Works who had forged his certificate.

No word had come from the Turkana Government about this.

The degrees of many Kenyan leaders have been under scrutiny. Mombasa Governor Ali Hassan Joho, Deputy President William Ruto and Taita Taveta Governor might be having fake degrees.

Leaders that don’t (didn’t) study and research won’t make it easier for the youths and wananchi to have jobs. They just want zombies that will say, ‘yes sir’ to their stolen money.