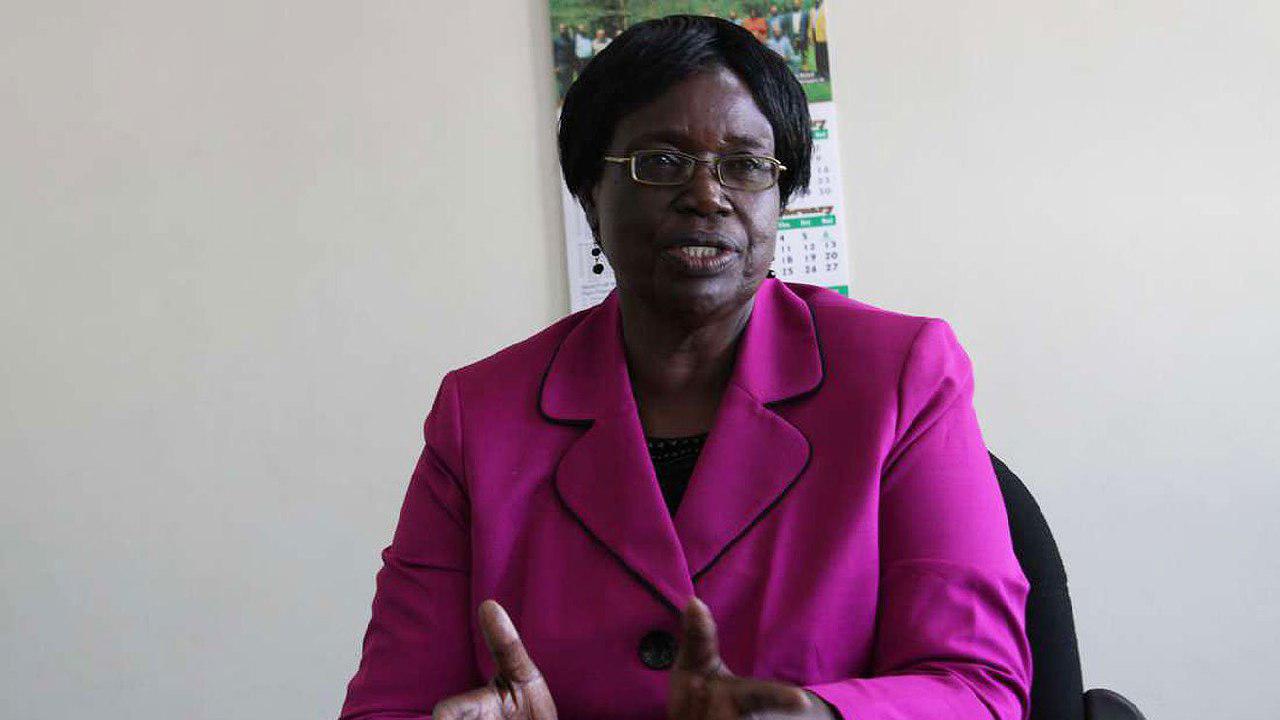 Prof. Rose Mwonya who was accused of embezzling funds in 2018. She was suspended in September 2018 but reinstated later

Most Kenyan Universities are fond of hiring hooligans to damage properties during student protests so as to charge more in ‘damages fee’ when the students are asked to come back.

It is a running thread in all universities in Kenya, for example, at the recent Kenyatta University the students intimated that the VC ‘prof’. Paul Wainana hired some hooligans from outside who brought down a wall at the institution. The goal is to maximize damage so as to charge the students premium. Which most often ends up in the pockets of the senior management if the university.

Early this month, there was some protest at the institution of higher learning. A few days ago, the school Senate imposed extra ordinary damage charges to students amounting to Ksh16,862 per student which translates to over 400Million.

The students say they are aware of the damages which were made, apart from few window glasses which were broken, the students torched one lawnmower, some were lucky to have lunch at one of the Hotels within the school, maybe some Yoghurt was drunk.

In a notice produced by the school, the students are supposed to pay the surcharge fees before 8th January 2020.

As per the picture of the letter attached below, the students’ leaders have since been suspended hence the students have no one to fight them. Their representatives are now held captive by the Senates directive, which states that ‘they should not be found in the university compound during the time of suspension’.

Do the said damages warrant the Administration to punish the students that much? Or is it the same manner of extortion as observed in other universities across Kenya.

The Egerton University admin wants to take advantage of the strike and steal money from parents.

Money for damages must be paid, but the Ksh16,862 is too high and amounts to daylight robbery. 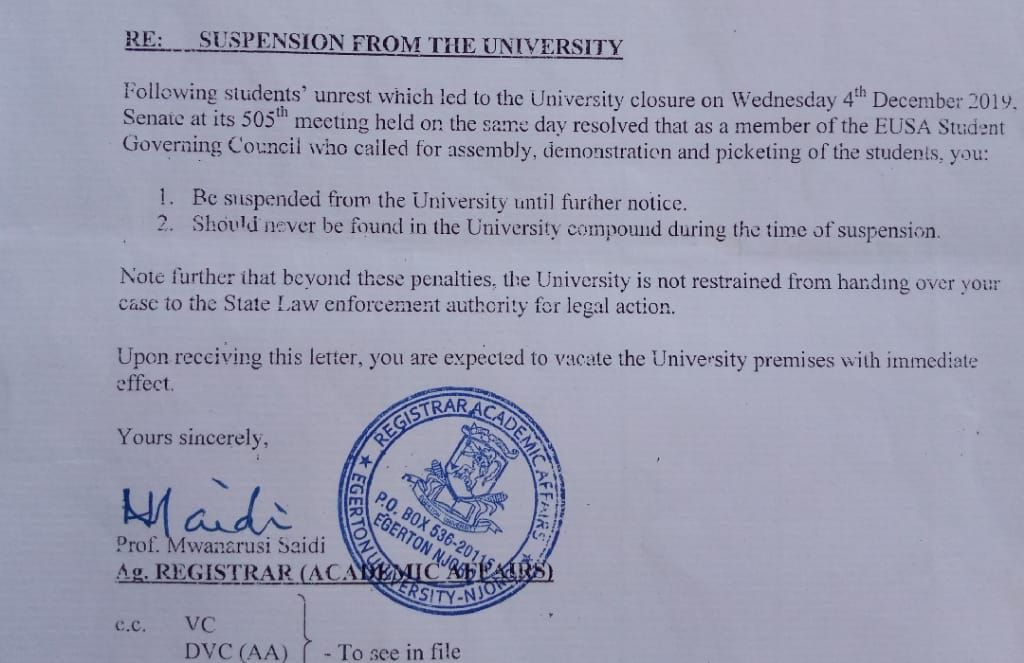