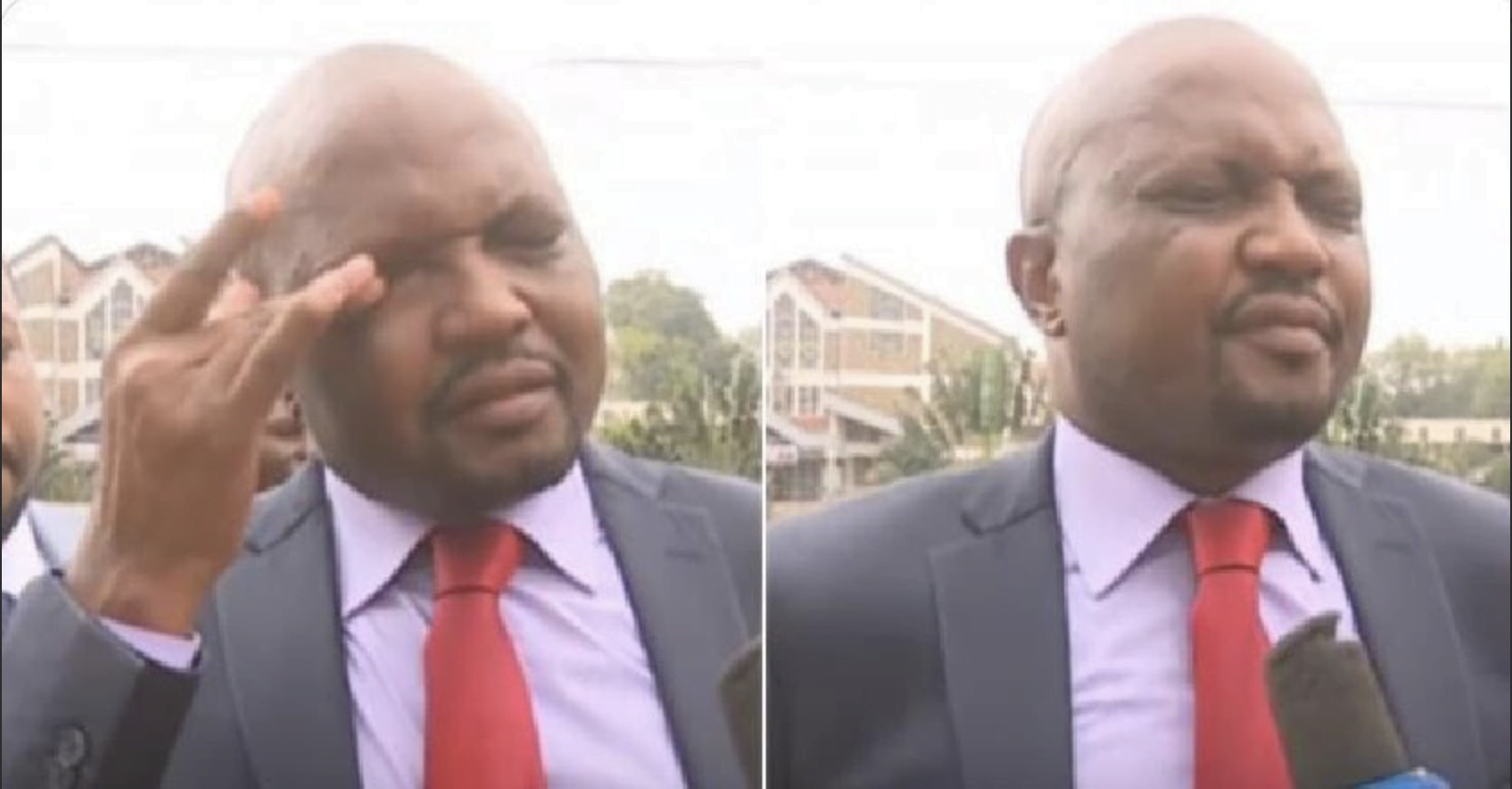 Gatundu South Member of Parliament, Moses Kuria, found himself on the wrong end of hilarious jokes following his comments after he was teargassed on Wednesday.

Kuria was in visible discomfort as he addressed the police after several of the stinging teargas canisters had been launched in the area to disperse rowdy youth who were agitating for the release of the recently incarcerated Starehe MP Charles Njagua alias Jaguar.

“…and to you stupid idiot who plans t risk your life participating in an illegal demonstrations on behalf of politicians, you will still go back to kibera, if you are lucky that is.” (2016) ~ Moses Kuria. pic.twitter.com/0TRMAFAlGn

It was Kuria’s remarks outside the police precinct that elicited hilarious reactions from Netizens, his calls for a revolution didn’t go unnoticed with a senior ODM official joining in on the fun.

“The way Moses Kuria was sipping that teargas, he looked like someone who had really missed this thing of teargas,” Senate Majority leader Kipchumba remarked amid hearty laughter during his interview with Jeff Koinange on Wednesday night.

Not to be left behind, ODM Secretary General, Edwin Sifuna weighed in by mocking Kuria’s call for a revolution after his brief brush with the toxic gas.