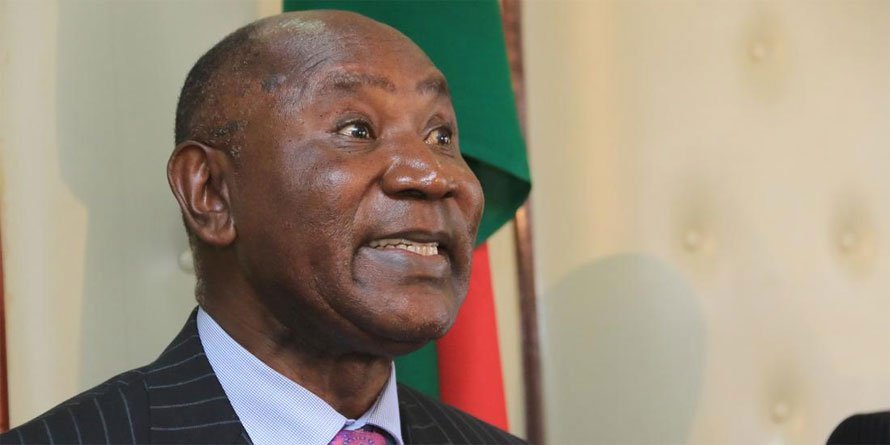 Payment vouchers for Sh15.2 billion spent on President Uhuru Kenyatta’s flagship free laptops programme cannot be traced, Auditor-General Edward Ouko has said in a report that raises serious queries on how cash was spent in the massive project intended to digitise learning in public schools.

A further Sh603 million was spent on laptops that had factory defects, says Mr Ouko in an adverse opinion on the Information, Communication and Technology (ICT) Authority, the agency charged with implementing the programme.

The audit says the factory defects had not been repaired by the supplier as at the time of audit in March 2018.

Mr Ouko says the ICT Authority payments totalling Sh15.2 billion were not supported by vouchers as is the requirement during audit reviews. The ICT Authority only provided nine letters of credit (LCs) as documentation for the hefty payments, the auditor says.

“Consequently, it has not been possible to confirm the propriety of expenditure totalling Sh15,151,069,367,” Mr Ouko says in a disclaimer audit opinion tabled in Parliament yesterday.

Suppliers of the digital learning devices are not identified in the report.

Mr Ouko says financial statements of the ICT Authority show that a total of Sh18.4 billion has been spent on digital literacy programme devices, including the faulty laptops.

“After supply and commissioning of the laptops, the implementing committee went round to inspect the laptops and noted that all the laptops had factory defects and was supposed to be replaced by the supplier. However, as at the time of audit in March 2018, there was no evidence to show that the laptops were replaced,” says Mr Ouko.

He further questions the expenditure of Sh1.6 million for the presidential digital talent programme whose supporting documents were not produced for audit review.

“Included in the shared services figure of Sh550 million under note 11 to the financial statements is an amount of Sh237.9 million whose supporting documents were not available for audit review,” Mr Ouko says.

He also raises the red flag over expenditure of Sh28.3 million in respect of county connectivity project expenses whose supporting document were also not made available for audit review.

“Consequently, the propriety of County Connectivity, Presidential Digital Talent Programme and shared services expenses totalling Sh267,766,618 could not be confirmed,” Mr Ouko says in the report.

Mr Kenyatta in 2013 used the free laptops programme as a key plank of his campaign pledges. The Jubilee administration promised to deliver one laptop per Class One pupil in public schools upon its election, but the project has been dogged by procurement delays and budget cuts.

The government moved the project from the Ministry of Education to that of ICT under the ICT Authority to oversee its implementation.

The vicious fight for control of the multi-billion shilling project involving the Ministry of Education, the Teachers Service Commission, the Kenya Institute of Curriculum Development (KICD) and the ICT Authority further contributed to delays in the full rollout of the project.

In May this year, the budget for school laptops was increased 91 per cent to Sh11.9 billion for the year starting July, marking the closure of the digital literacy plan.

The allocation was raised from Sh6.2 billion in the financial year ending June. This is after the budget was slashed in the fiscal year 2017/18 from Sh13.4 billion.

This is the last year of implementation of the primary school laptops plan.