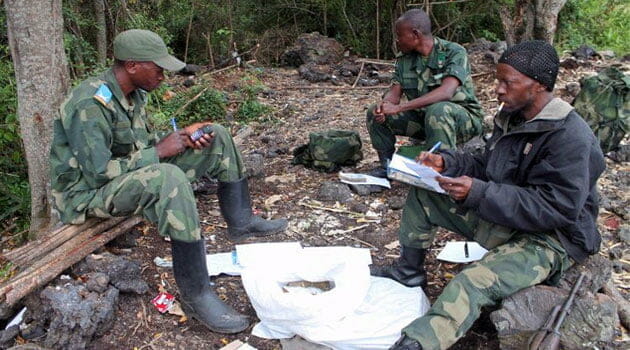 Doubts linger over a long-announced military offensive against Rwandan rebels based in eastern Democratic Republic of Congo, but local people and relief workers are preparing for reprisal raids on civilians.

The rebels of the Democratic Forces for the Liberation of Rwanda (FDLR) already “confiscate part of our harvest, then make us pay money to get to our fields,” farmer Jean Bosco Hitimana, 35, said beside his cassava crop.

“If you don’t have the money, they tie you up and beat you,” Hitimana added on his land near the town of Kiwanja, about 60 kilometres (37 miles) north of Goma, the capital of North Kivu province, which borders on Rwanda and Uganda.

Hitimana said he would welcome an assault on the FDLR, which has been active in the forested hills of North and South Kivu for two decades and accused of killings, rape and looting, “because the population is suffering.”

Yet the prospect of clashes has also worried the father of four since the distant regime in Kinshasa announced military action at the end of January, after an international ultimatum for the FDLR to surrender expired.

At odds with the authorities, the large UN mission in DRC (MONUSCO) has withdrawn support during the planned offensive, raising the stakes for villagers caught between badly paid, potentially dangerous Congolese troops and the FDLR forces.

Local non-governmental organisations are getting set for massive population displacement towards the border or within the unstable Rutshuru territory of North Kivu if the Congolese army (FARDC) launches an assault.

“We’d only just begun to undertake arrangements for the resettlement” of people returning home, said Paul Kambale, director of the Centre for Rural Development (Cederu), a non-governmental organisation that helps displaced people.

“Now, we’re up against the same challenges as in pre-war days,” Kambale added, referring to the conflicts that ravaged large parts of the country in 1997-2003. “If they organise (military) operations, the FDLR will attack the population.”

The FDLR, believed to number between 1,500 and 2,000 fighters in both Kivu provinces, was founded by Hutu extremist ex-militias and soldiers wanted by international jurisdictions for their suspected part in the 1994 genocide of minority Tutsis in Rwanda.

They oppose the regime of President Paul Kagame, who came to power in July 1994 after his largely Tutsi rebel army ousted the Hutu authorities behind the massacres of some 800,000 people in three months.

The FDLR has launched no major operations against Rwanda since 2000, but its presence in eastern DRC has given Kagame excuses for intervention, while the Hutu rebels have also served as useful auxiliaries for Kinshasa.

The UN Force Intervention Brigade, formed with an offensive mandate to tackle armed movements in the DRC, was to have helped the FARDC just as it did in 2013, when a joint operation put an end to an uprising by a rebel movement known as M23.

However, the United Nations in New York took back the offer when Kinshasa failed to replace two generals recently appointed to head the anti-rebel operations in North Kivu, but suspected of serious violations of human rights.

UN officials have never publicly disclosed what they have against Brigadier-Generals Bruno Mandevu and Sikabwe Fall, while Kinshasa responded that the pair would only be removed if they had been “the object of conviction” by a military court, which is not the case.

Some diplomats and regional analysts are unconvinced that Kinshasa is serious about tackling the FDLR, one of many armed movements that often profit from illicitly mining the natural wealth of the Kivus.

But if the Congolese army goes ahead against the FDLR with no backing from UN helicopter gunships, drones and shared intelligence, steps would be needed to protect local people, Kambale said.

“We fear, for example, that all security forces will be sent to the front, leaving the settlements empty and vulnerable,” while the FDLR would be “out for vengeance”, he warned.

Kambale was convinced that backing from MONUSCO, which also provides fuel and rations, is vital to prevent a “failure” for the Congolese army. “We know that equipment and logistics are lacking,” he said.

The FDLR could merge into local citizenry, said Honore Bavukahe of aid organisation FEMISA. “When fear is at its height, they blend into the population” and escape the military.

“If the hunt begins and (the soldiers) are not able to to wipe them out … there will be killings and kidnappings,” Bavukahe said.

“It’s scarcely a year since I came home from Uganda,” farmer Hitimana said by his field, after twice “losing everything” like others who fled fighting in 2008 and 2013.

“I’m going to have to go back to Uganda.”