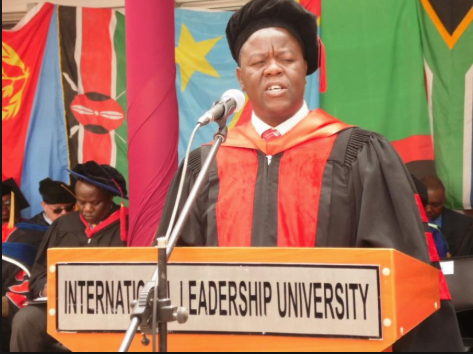 Thank for the good work that you do for Kenyans.

I wish to bring some issues going on at ILU where a friend of mine works to your attention.

The University is operating under a Letter of Interim Authority due to expire this August.

They are currently seeking renewal of this Letter for the 2nd time; the 1st having renewal having been done in 2014.

Kindly consider the following issues to enlighten Kenyans of what is going on at the institution:-

•Many of the courses being offered have not been accredited by the CUE. The Commission has in the past laid very tough rules for Universities with orders to shut down having been issued to those who meet the requirements eg. Presbyterian University. Should this LIA be renewed without meeting the set thresholds, the Commission would have to show cause why the use of double standards.

•The Governing Council was disbanded by Orders of the Vice Chancellor, Dr. Benjamin Musyoka earlier this year for having raised grave issues concerning the management of the University.

Some of the issues at hand was the appointment of his friend, Dr. Samuel Watuka Muindi who had been implicated in NSSF scandals when he was the boss (Captions Below)  and NYS Land Scandal together with the selfish drive to undertake a merger with Africa International University. I say selfish because it emerged that the leadership had the intention of purchasing university property following the merger.

Nairobi — Two former chief executives of public organisations will not be able to practice as certified public accountants following their expulsion by an accountants watchdog.

Mr Samuel Muindi, former managing trustee at the National Social Security Fund, and Mr Lawi Kiplagat, former chief executive officer of National Housing Corporation, were kicked out by the Institute of Certified Public Accountants of Kenya (ICPAK) over malpractices while heading the organisations.

Among those who served in the ‘troubled 90s was Samuel Muindi, whose appointment as ambassador to Nigeria in 2000 caused an uproar in Parliament. Muindi, who had replaced Martin Kunguru (1991-1993), was among officials blacklisted by a Parliamentary Committee which had recommended that he be barred from holding any public office owing to what it termed were irregular land transactions under his watch. His troubles would also see him expelled from the Institute of Certified Public Accountants of Kenya (ICPAK) for “involvement in activities incompatible with the professional status of Certified Public Accountants of Kenya”.

•Following this disbandment, the VC since appointed Catherine Mwihaki Ngambi who is in charge of Administration, Operations and even overseeing the Financial operations of the University. The issue with this appointment is that the appointee is an undergraduate student at the same University and this poses a lot of conflict of interest according to the staff members. Her previous qualifications include a purported Undergraduate degree and Masters Degrees from Newport University attained after having done only 9 units for each of the degrees. Kindly confirm online on the credibility of Newport University degrees.

•The most painful part is that the University is not able to meet its financial obligations to Staff members who are paid piecemeal (This has led to a mass exodus of staff). The above mentioned Catherine Ngambi has filled the institution with interns who are being exploited to fill in the vacated positions while being paid a paltry KES 6000/-. The remaining long-serving staff have been left to work under a lot of intimidation from the management.

•Items such as PAYE, Staff pension deductions, and SACCO deductions are not remitted to the relevant bodies either.

•Meanwhile, the VC, Dr. Musyoka is paid his full salary from the Regional Office based in Zimbabwe under Campus Crusade for Christ.