We informed you recently with evidence (as was initially reported by the whistleblowers and confirmed by the E&Y Forensic auditors) that a lot of bank money was paid to Eversheds LLP a London-based law firm and yet there was no evidence of services offered to the bank. See attached Document C1, which is the email sent by the E&Y auditors after they had left the EADB office premises and failed to find evidence of work done for funds paid.

We also reported to you in December 2016 that Vivienne had hired another 3 lawyers from London and the US under QC Sullivan LLP, a law firm headed my Michael Sullivan, these signed contracts totaling over 300,000 British pound sterling. They were paid in December and another payment of Pounds 51,000 was paid on the 14th Feb 2017 (see attached Document C3 as evidence).

Please note that all documents which the E&Y auditors failed to see when they were physical at the bank, such documents did not exist. If they later surfaced, it means they have simply forged afterward. 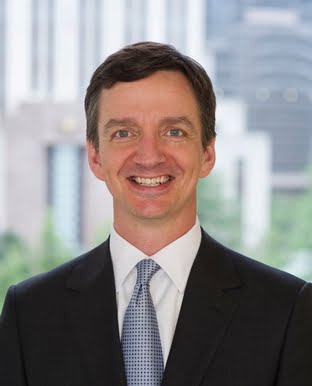 All these funds are paid under the guise of Eversheds and other legal firms offering legal services and advice to the Bank. Yet there is no business transactions going on at the Bank at the moment and the only case which the Bank had against Eden International School was being handled by a Ugandan Law firm (Sebalu and Lule) and the Bank has lost this case in favor of Eden International School (see attached Court Ruling against EADB as Evidence). The local lawyers handling this case gave advice to Vivienne which she adamantly refused to listen to and as a result the Bank has lost the case and will lose more money. The Court has awarded claims and costs to Eden International School.  We know Vivienne will want to appeal this case but that will be waste of more bank money, time and image. We request the board to just allow this case go and count our losses.

Sir, the Bank continues to lose a lot of money because of the impunity and stubbornness of Vivienne and you have not done anything to get her to leave the Bank. Much as we are the staff of the Bank, we are also East Africans who feel the pain when the regional Bank loses this kind of money unnecessarily. Of course, we have reported several other issues with evidence and we pray that she will not manipulate the board as usual with her lies.

Her plan during the tomorrow board meeting is to ensure that either the E&Y auditors not show up or report late and therefore they won’t have enough time to present the evidence of the allegations to you. She also plans to send you documents on email but the documents will be password protected and the password will be sent late so that you don’t have ample time to read and internalize all documents. Sir, we are wondering why it has taken the board and the Council so long to see that Vivienne is playing around with you and she does not respect you at all. She will confuse you that the bank has been performing and posting profits, which we recently proved to you that was lies and we are ready to fight on if you approve the 2016 financials with the anomalies we reported. We shall protest against that report in public. 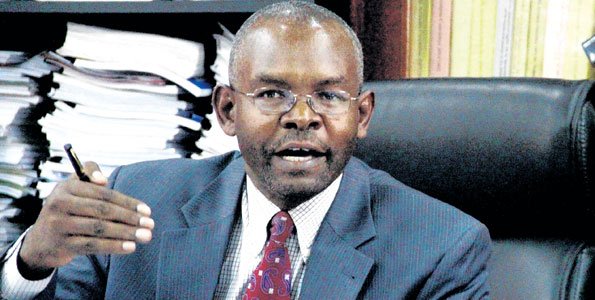 Caption: National Treasury Principal Secretary Kamau. He also doubles up as The Chairman, Board of EADB. He is sitting on information that has exposed looting of EADB. Such a Crazy Wanker and Hollow ” Dr. ”

Transfer of Bank assets to London worth USD 20 million

On the 15th and 17th Feb 2017, Vivienne instructed the Treasury department in the Bank via a phone call to transfer USD 20 million to Standard Chartered Bank London as a short-term deposit for 3 months. Much as this would have been a normal transaction; a number of intentional errors were committed by Vivienne herself. Giving approval and instructions through a phone call to transfer USD 20 million (see Treasurer’s comment referring to the phone call instructions “Instructions based on discussions on phone with DG” on page 3 of Document C4 attached. Pages 1 and 2 of Document C4 attached show evidence that we have transferred these assets outside the region at the interest of 1.16% p.a).

However Documents C 5 attached show that the bank could have placed those funds with banks in the region at a rate of 3.5% p.a. the usual procedure is that at least 3 quotes from different banks are received for a particular placement and the Bank selects one which is competitive in terms of security of our deposits and rates. This process was not followed. She could have hurried to place these assets in a London bank to confuse the board members that the huge legal costs could have been related to this transaction, however, the costs were incurred way before this transaction and normally the Bank does not incur any costs to place short terms deposits like this. We thought that you should be aware of this because the motive behind these transfers is not clear given the manner it was made but also because the region has institutions who are strong enough to absorb these funds much as the funds should be used to lend to projects and not to place as short-term instruments in financial institutions.

The Hiring of a PR Firm

We also inform you that Vivienne hired a PR firm called Hill+Knowlton Strategies at USD 36,000 for a contract of 3 months to do PR for the Bank. This is money lost. You can’t hire a PR firm to clean up the bank image when the person responsible for the bad image is still in the Bank. Get Vivienne out first and then the new DG will clean up the image of the bank.  Otherwise, it is like washing a white shirt and spreading it in soil to dry.

Please also note that the fighting and harassing of managers and other staff in the bank has continued to happen. The situation is very tense. The way the forensic audit was carried out put several staff members in danger. The auditors used to send emails to staff members requesting them for evidence on certain allegations and they would copy Vivienne in these emails. Of course, the staff would also respond and give the evidence to the auditors with her copied in. Imagine the anger she has for such staff members. We see a situation when people might end up even killing each other because of Vivienne witch hunting staff members. We request that you don’t allow the situation to get to that level. But be certain that whatever you tell Vivienne to do; she will not do because she does not respect the board and in the process, the situation could easily deteriorate into personal fights.