EACC detectives who raided the embattled governor’s homes had a search warrant to look for documents linking Waiguru to abuse of office among other charges.

It comes just one month after she survived an impeachment plot by MCAs after she was saved by the senate.

Waiguru pleaded with the senate committee to dismiss the MCAs’ impeachment case against her claiming it was not important and full of innuendos. She also sought the help of the ODM Chief Raila Odinga to survive the onslaught.

The Senate concluded that there was a well-orchestrated and complex web of corruption in the tendering process at the county government of Kirinyaga, headed by Waiguru.

EACC now wants to access and scrutinise all the documents relating to the controversial procurement and money swindling going on in Kirinyaga county.

MCAs claimed that Waiguru received irregular payments as travel allowances amounting to Sh10.6 million yet she did not travel.

The governor is also accused of presiding over a corrupt and joint criminal enterprise where only her close associates preside over the evaluation and award of tenders. Lucrative tenders are also won by people close to her. 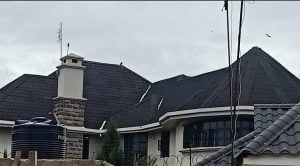 On June 10, EACC Central Regional Manager Charles Rasungu revealed that cases leveled against the Governor includes involvement in a number of tenders.

Documents cited in the impeachment motion also claimed that Waiguru was  influencing tender processes in favour of Velocity Partners Limited.

The sleuths are also probing some 38 officers from Kirinyaga County Government who have been summoned to record statements.

Governor Waiguru spent over nine hours at the EACC offices being interrogated over claims that she she siphoned Ksh.6 million from the public coffers.

Her relationship with the County Assembly has deteriorated as it was witnessed during the hearings by the senate devolution and intergovernmental committee.

The MCAs who appeared before the Moses Kajwang led committee expressed lack of confidence in Waiguru’s style of leadership.