Ethics and Anti-Corruption Commission (EACC) detectives raided the Samburu and Nairobi residences of Samburu Governor Samuel Kasaine Lenolkulal over Kes. 2 billion expenditure that is believed to have been misappropriated.

At the time of the raid, the governor was in his residence. He was transferred and questioned at EACC headquarters this morning.

Also targeted were residences and offices of county officials including chief officers, directors and contractors.

EACC released a press statement awhile ago, stating the county leaders formed companies that they used to award themselves tenders worth Kes. 700 million.

‘In other cases, contractors were irregularly awarded contracts worth over Kes. 1 billion, for works that were partly or never done, after which they paid kickbacks to top County Officers.’ The statement read in part.

The county officials invested the embezzled finds in real estate.

EACC now seeks to freeze and seize their assets, in order to ‘recover public funds lost at the County’.

Below is the full statement from EACC: 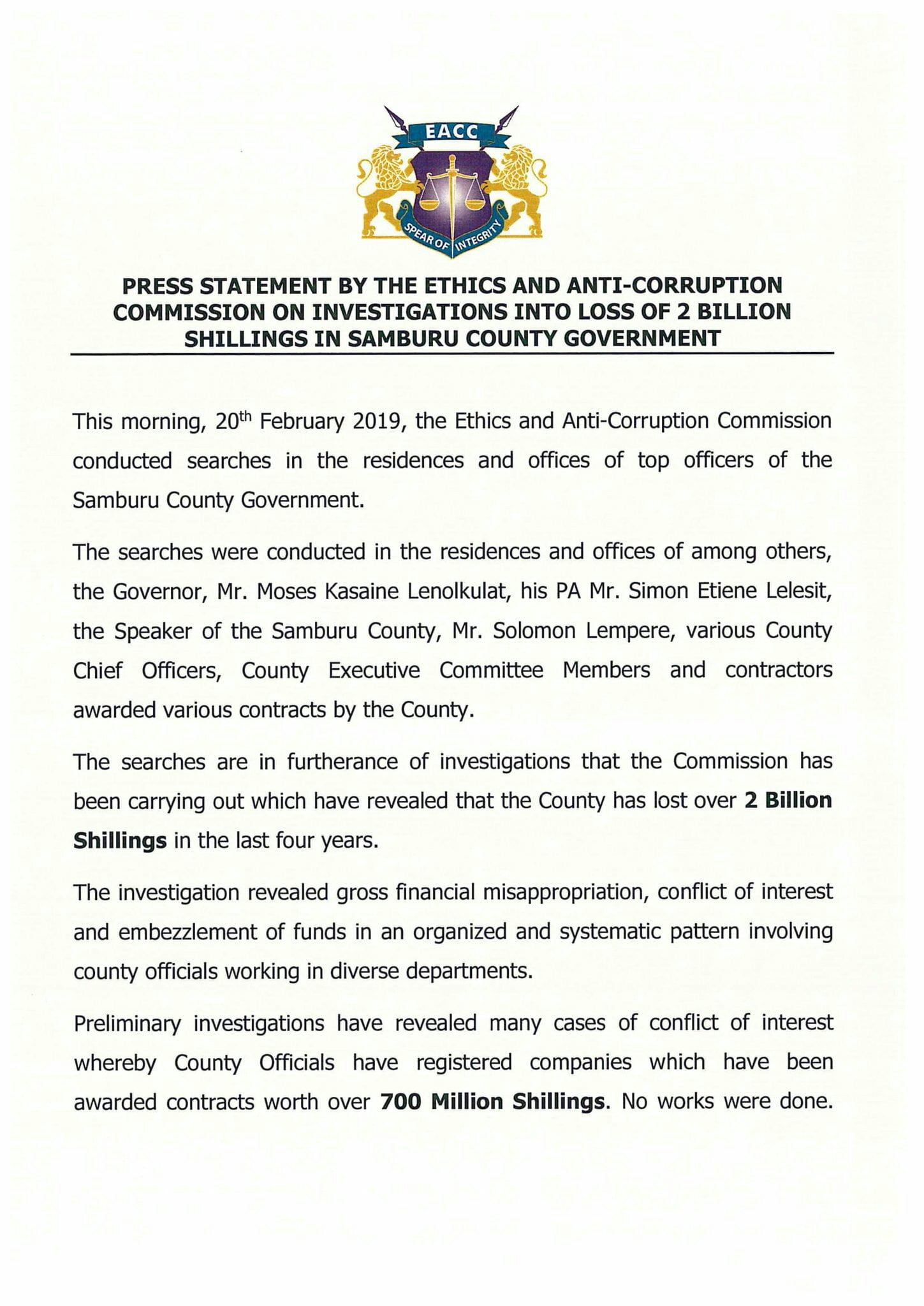 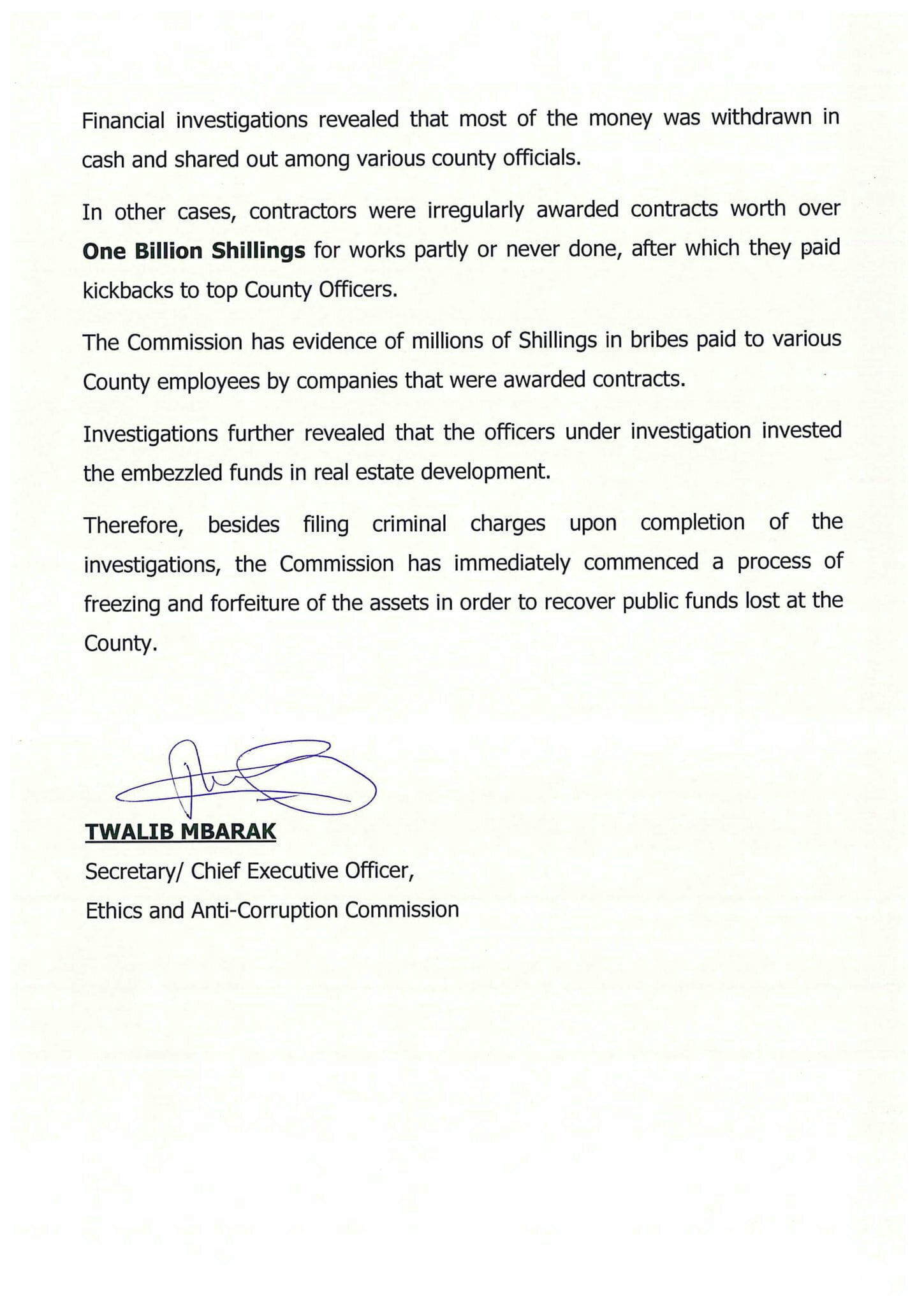