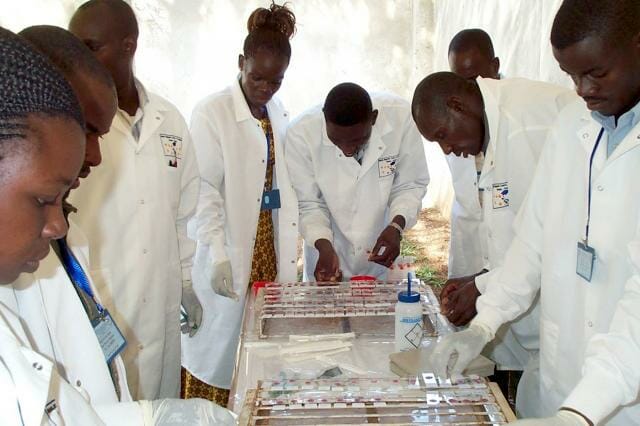 Ethics and Anti Corruption Commission sleuths are said to be digging deep into an alleged misappropriation of Sh7.2b which was donated to the Kenya Medical Research Institute by the Centre of Disease Control in the US.
A letter dated September 25 2015 signed by the secretary general of Union of National Research and Allied Institutes of Kenya Zachary Achacha addressed to the director EACC demands a quick action on the theft which has depleted prematurely putting the key projects at operational risk and which has resulted in sending home more than 1,000 staff to early retirement. Due to the embezzlement of the donor funds, some of the staff have not been paid their salaries.
The EACC in a letter dated October 12 2015 addressed to Achacha and signed by Abdi Mohamud who is the director of investigations reads in part “Your letter dated September 25 2015 on the above subject matter is acknowledged. The commission will inquire into the alleged misappropriation of public funds as indicated above to inform action. We sincerely than you for reporting to us”.
Achacha’s letter reads in part “Nonetheless, matters being that bad, and we being stakeholders by virtue of our union representation of staff affected both gone and remaining and in as much as their welfare and employment are concerned are equally roped in their plight. Equally important, your timely action will facilitate the unearthjing of the whole truth surrounding this mega financial scam and the subsequent deterrent measures taken will finally and completely stop any future recurrence scam of this nature and magnitude”.
Kemri has been in the spotlight after it emerged that despite receiving 92pc of the current year’s budget for programmes it runs jointly with the Atlanta-based Centres for Disease Control, it had spent nearly all the money with less than a month’s operating cost left in its account, and five months left in the budget period.
In September this year, Kemri employees in Kisumu downed their tools over delayed salaries. The stalemate started when the research body announced that Sh7.2 billion had been stolen from its coffers in March 2015. The workers said that they have not been paid their August salaries plus gratuity.
Following the premature depletion of funds and the furore it caused, Kemri suspended several senior managers including the director of the Centre for Global Health Research at Kemri, John Vulule, under whose docket the programmes fall.
Already, the CDC is demanding the refund of misappropriated funds once its investigation is complete. US ambassador to Kenya Robert Godec announced that despite the matter being under investigation by EACC, an initial review showed that a significant amount, running into millions of dollars, is either missing or unaccounted for.
A special audit found a number of irregularities in the management of the affairs of the Kemrl/CDC programme that could have led to the loss of the funds in the year five (2014-2015) budgets.
The audit report brings Kemri’s bookkeeping into question, observing that the organisation allowed commingling of funds between research and non-research co-operative agreements, it did not keep inventory controls for drugs, and ignored procurement regulations, leading to loss of funds.
The audit also found that Kemri paid $44.8 million to suppliers who were not on the prequalified list with a further payment of $87,000 to 9 members of staff who did not have secondment letters. The auditors queried how an administration officer was allowed to pocket $7,500 “to boost her morale.”