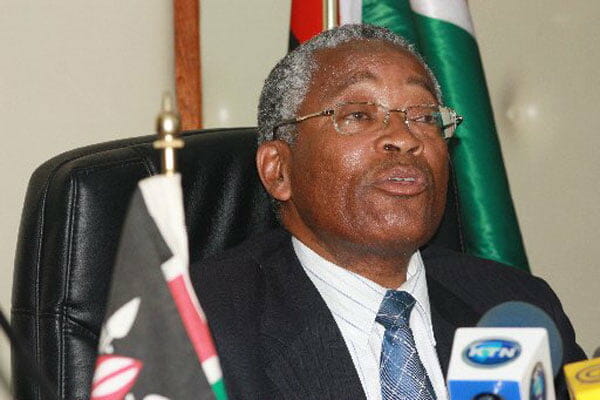 No corruption charges will be preferred against Kenya’s Ambassador to Tanzania Chirau Ali Mwakwere after the Director of Public Prosecutions Keriako Tobiko found that there is insufficient evidence against him to sustain prosecution.
Mwakwere has been under investigation by the EACC on suspicion of involvement in the irregular acquisition of Kenya Railways Corporation houses when he was Transport Minister in Mwai Kibaki’s government.
Charges he denied when he appeared before the commission for questioning.
“I have never ever committed such crimes… I have never sold or rented a Kenya Railway house; if anything they should be grateful that I took care of the asset as the Minister for Transport,” he defended himself.

At the time he also took issue with the way the matter was handled; his inclusion in the infamous #ListOfShame by the EACC and which was later made public before the accusations levelled against him were properly investigated.
“It hurts because you’re presumed innocent until proven guilty. In this instance, I was pronounced guilty before even being asked for my side of the story,” he said.

The EACC has less than two weeks left to meet the 60 day deadline President Uhuru Kenyatta gave for it to complete its investigations into public servants accused of corruption.
The DPP has however already endorsed its recommendation for the prosecution of Nandi Hills MP Alfred Keter and his nominated counterpart Sunjeev Birdi who were included in the #ListOfShame for demanding that the law be broken in their favour at the Gilgil weighbridge.