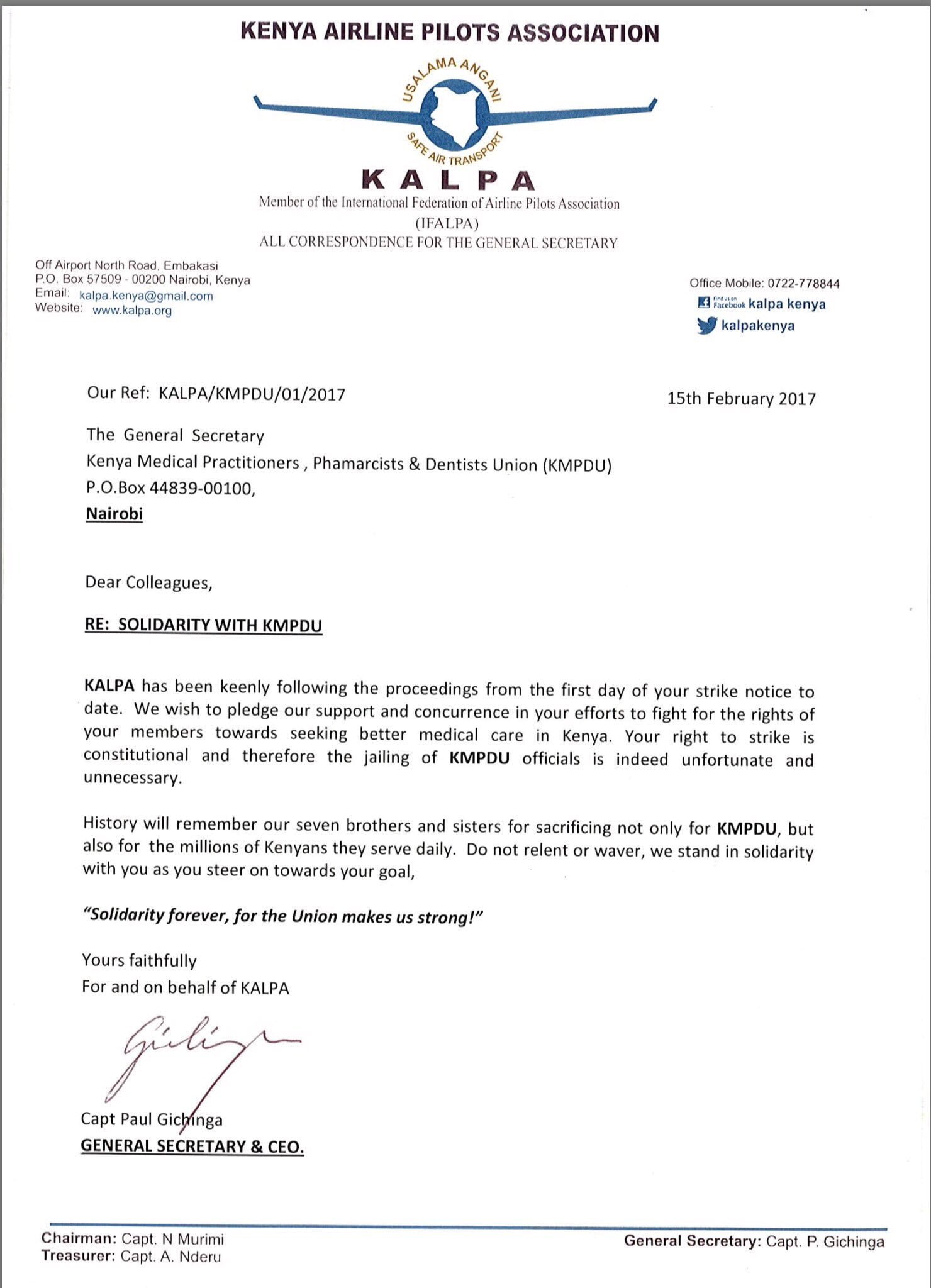 Jailed for standing firm, by a judge bribed by the Jubilee regime, the doctors resolve was tested to the furthest limits, and now they have crossed the psychological barrier, setting a new precedent for industrial action.

Previously union officials used to call for industrial action, and use it to extort monies from Government or companies they represented. But KMPDU, having learnt from past mistakes, was not bowing to pressure, including bribery attempts in Mombasa where they had been “summoned” for some brown envelopes.

KALPA is perhaps the most notorious union, second only to KNUT when it comes to getting hopes of its membership high, only to be bribed and calling off strikes in rapid succession.

KALPA officials have stood by and watched Titus Naikuni cannibalize Kenya Airways, and now they are in bed with Michael Joseph, who from his history at Safaricom, is set to finish the little that Naikuni left. Unlike the telecommunications industry, aviation has many players who perhaps won’t be swayed by the monopolistic tendencies Joseph is familiar with. 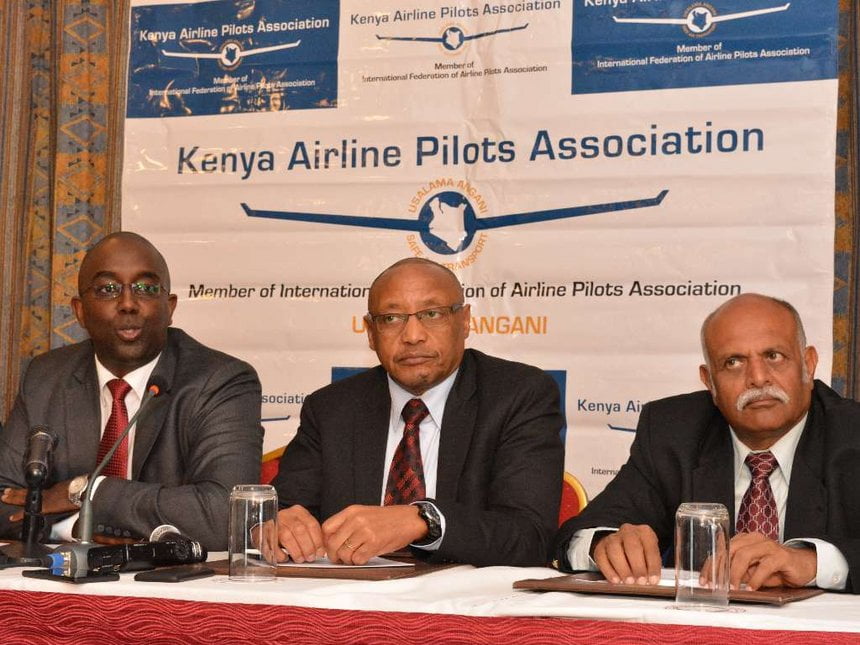 CAPTION: Dumb pilots were bribed to call off their strike by Transport CS James Macharia.

These same KALPA union officials were misled to believe that Kenya Airways CEO would be sacked before June. It’s now February and the eating-fest between Joseph and Mbuvi Ngunzi continues in earnest. The expensive leases where we hear the Kenyatta Family in involved, continue to drain KQ coffers, keeping ticket prices high.

One would see their young, polished demeanour and think that these pilots are very smart, but flying planes apparently isn’t a preserve of the smartest tools in the shed. Ronald Karauri the former KALPA Secretary General was complicit in enabling Titus Naikuni obliterate KQ coffers.

However, we hope that those dumb KALPA fuckers have learnt their lesson, because we don’t expect them to behave like assholes whose work is to extort money from Government. Pieces of shit like Wilson Sossion and Francis Atwoli. We now want these revolutionary unions to cease any affiliation with COTU because Atwoli just uses it for his own private gain.

Pilots need to convene a Special General Meeting and immediately elect new KALPA officials, who will represent their interests with clarity and finality, unlike this current office whose work is to solicit for bribes from Transport CS James Macharia in exchange for calling off strikes.

Our generation of young people are the ones who will change Kenya for the better, because we don’t need these greedy, shameless self-promoters, who are attracted to life on the fast-lane and would be excited by the prospect of a cash windfall from such dubious extortion schemes. It’s time we start moving away from old motherfuckers like Wilson Sossion and Francis Atwoli.

Dumb Luhya’s who reckon that Atwoli can be a spokesman of that community, are no different from moronic Kikuyu imbeciles, who spend their days bootlicking the Uhuru Kenyatta business empire as if it’s theirs. Grow up you stupid Luhya’s! How do you allow Atwoli to speak on your community’s behalf? He tried to extort doctors, and they showed him the middle-finger. Even the Court of Appeal has removed them from the negotiating panel and instead forwarded Law Society of Kenya and Kenya National Human Rights Commission.

Because Francis Atwoli is just a retarded wanker and extortionist extra-ordinaire. He just thrives on bribing journalists to posture as some sort of enigma, but he’s just a mere extortionist.